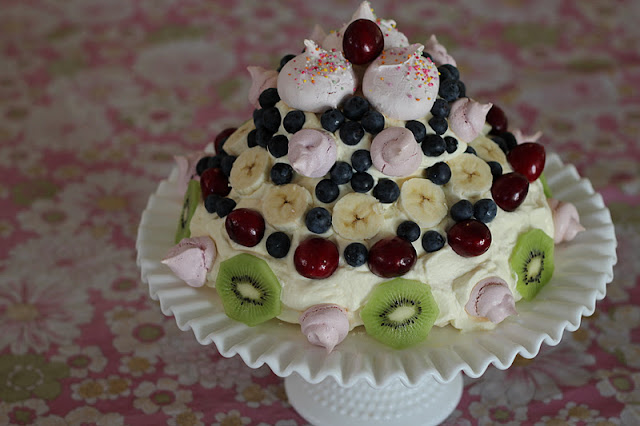 Remember a while back my mother- in- law mentioned that she might possibly have some sort of milk glass dish stashed in her cupboard? Well holy cow, look what she ferreted out and brought over recently. No, not the pavlova, that's my creation.

The absolutely perfect Fenton milk glass cake stand. I think I almost wept on the spot. It is sublimely beautiful, every little hobnail and frill is a delight. I had been waiting to cook something impressive in order to show off it's best features and thought I also needed to redeem myself with respect to recent pavlova efforts. This is a triple tier pavlova magic mountain special that I made for my mother-in - law's birthday. I think she was a little stunned by the absolute pavtasticness of this creation but was more than a little chuffed that her milk glass cake stand was making such a spectacular debut.

I made three pavs and was attempting a wedding cake tiered shape but pavs are obviously not that well behaved and once creamed it sort of looked more like a hat. A few more adornments and well, more like a mountain. 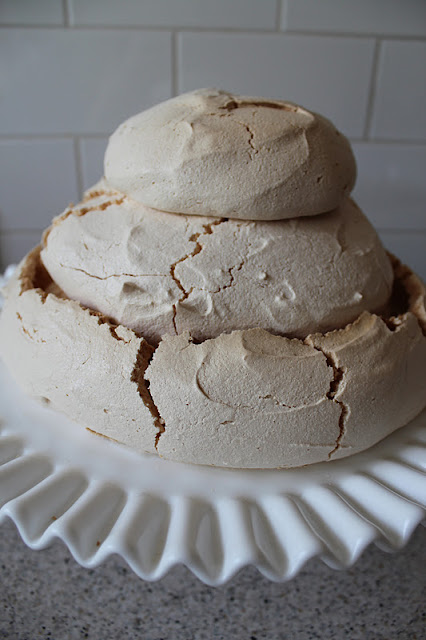 Yes, there was a small implosion of the ground level. Still, once covered in all the yummies, it transformed into the magic mountain special. 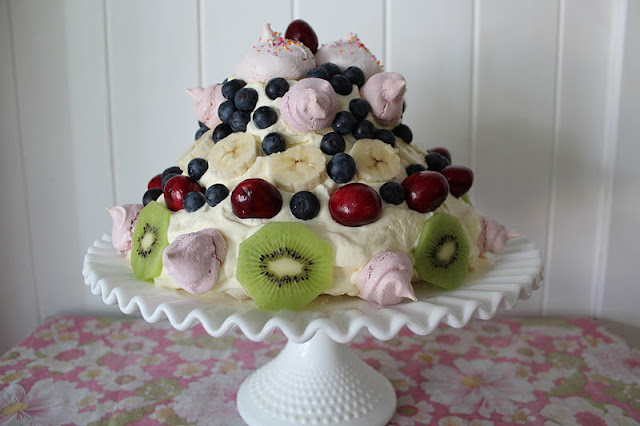 So easy to whip up a few meringue kisses with the leftover mixture. I didn't even pipe these, just twirled them with a spoon. My mother-in-law took the whole top layer home and we all ate the bottom two layers. The cake stand is mine to keep, never again will I raise an eyebrow over MIL's hoarding tendencies. 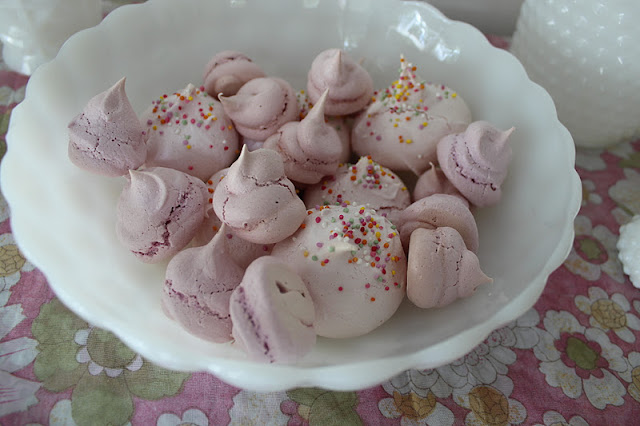 Other than scoffing down pavlova the start of the new year has left me reflecting on my resolutions for 2011. My three broad goals were gratitude, organization and creativity and I feel that I did make a good start on all three.

My more specific achievements are much less impressive than I had hoped. Progress on Betsy was painfully slow and frequently hampered by indecision. I'm too embarrassed to be more specific than that. On a positive note, before the year was out I did manage to start a vegie garden, plant 2 trees and 3 rose bushes, have my own chickens (until they were foxed a few months ago), pull out a sewing machine that had never been out of the box and start sewing, learn to crochet, start a sewing group, upgrade to a digital camera, start a milk glass collection, make two installations for the prep classroom  and find the best vintage sheet stash on holidays in rural Victoria. Oh, yes and I did start a little blog.

And now I'm plotting something to build on this year of progress, something big, and wishfully grand and a little scary. A project of sorts, a commitment of both time and thoughts. Want some clues? 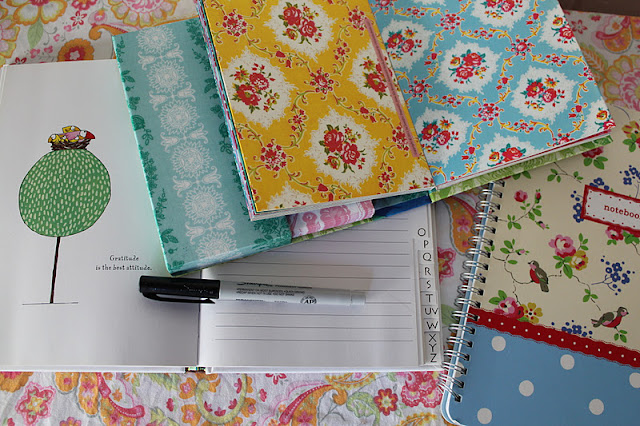 Back soon with the whole story. Hoping someone else might be inspired to come along for the ride........

Posted by Bungalowgirl at 9:35 PM