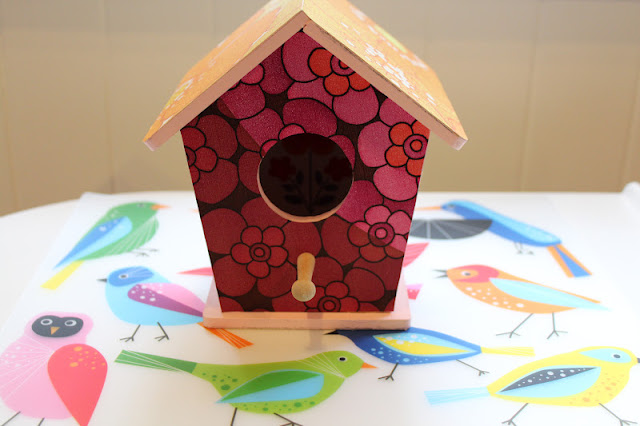 I finished the birdhouse, one of those frenzied midnight jobs in order to end the day on something other than dishes. So nice to choose all the wallpapers patterns and colours to complement each other. 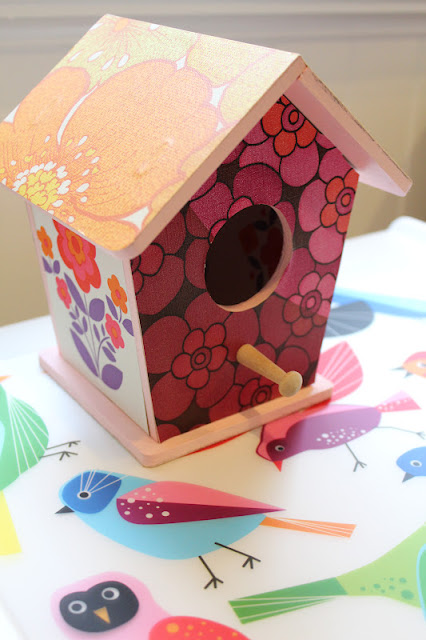 And I even had a bird to test it out. Now I'm itching to make another one, maybe in blues and greens, can already picture three of them in a little bunch on my walls.


A few colourful finds recently too. 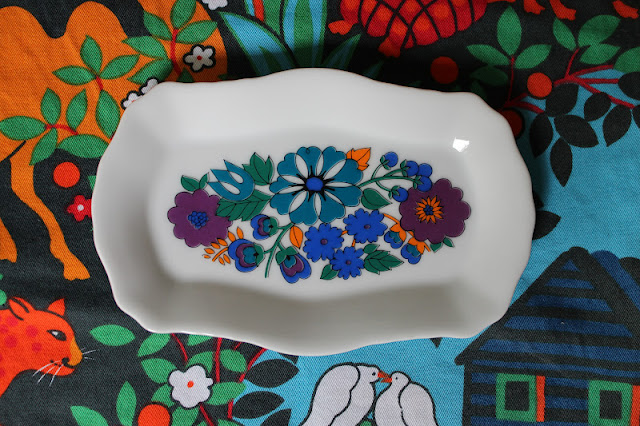 I found the fabric at the school fete. It is Noah's ark family covered with pairs of all different animals. I am hoping Roboboy lets me make him some shorts. 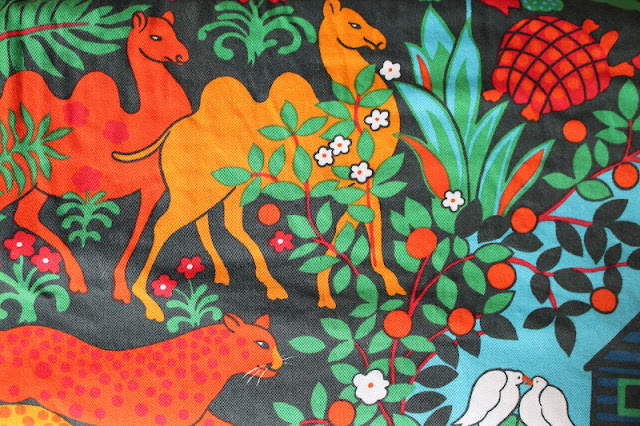 In the event that he spurns my offer, I thought I would start something else as well. A little present for a new baby. Time to ferret out some of that stashed corduroy. And then faff around with no actual idea what I am doing. Did I mention there is no pattern, just an idea in my head?

In the meantime, miss Liongirl was raiding my shoe and scarf cupboard as she and Roboboy collaborated to get those boots on. Yep, we are the fashion elite over here at Betsy's. I swear I do not go to work in my nightie or mix pink horizontal stripes with maroon.


I think this is some attempt at striking a pose, Madonna Vogue style. I think this girl and I really need to crank up some  Justine Clark  and prance around in our PJ's practising our MOVES. This was one of the few photos that did not involve poking out of tongues.


Back soon with some finds for Betsy.

Posted by Bungalowgirl at 10:21 PM