One night in Melbourne 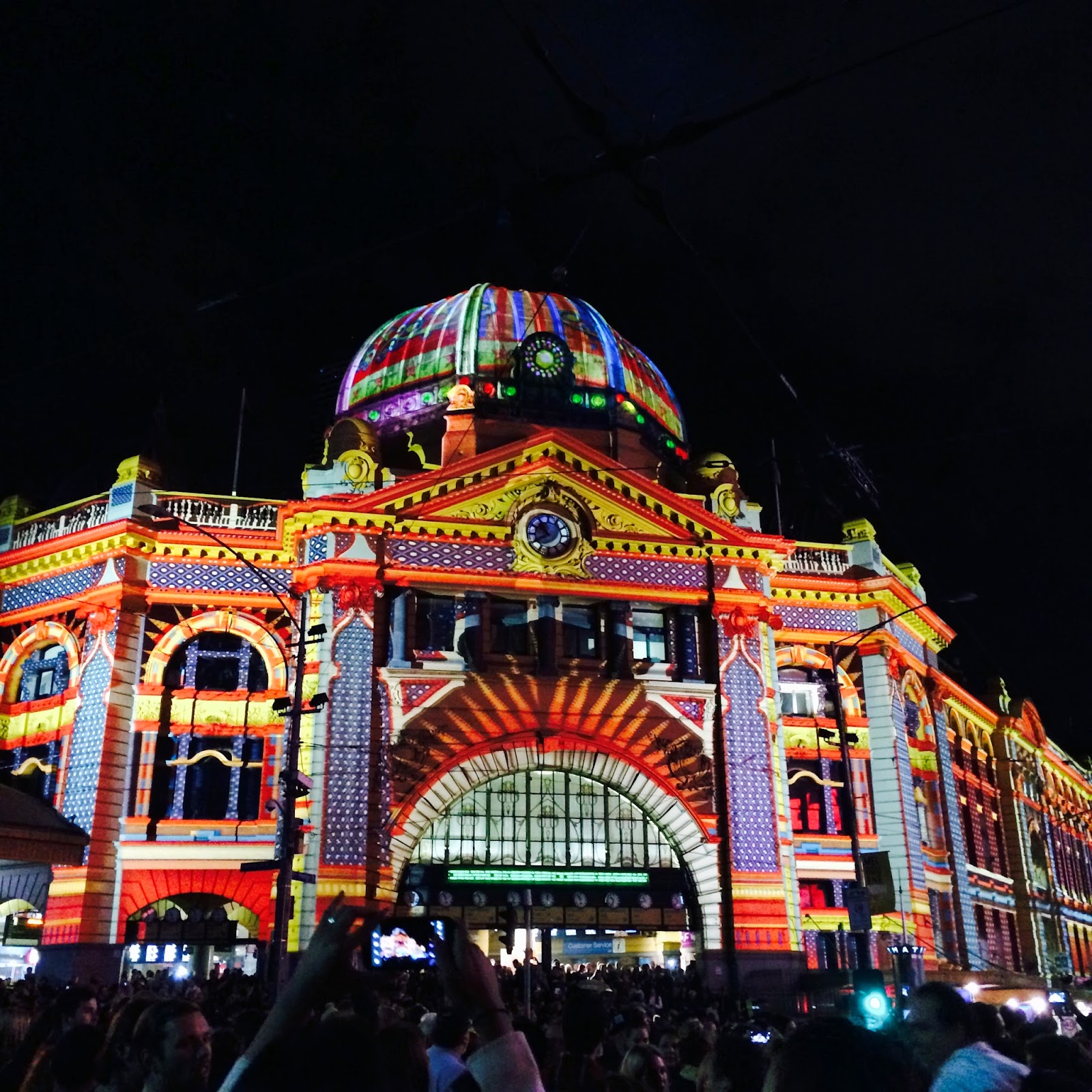 This time last year my mum made me a wonderful offer. As it was one of those milestone birthdays with a zero on the end, she offered to take care of the children for a few days so we could get away for a holiday. The sort of holiday that doesn't involve 5 am starts,  theme parks, waterslides or mini golf.

Unfortunately due to the chaos of last year which included  being robbed, packing and unpacking our entire house twice , a six month renovation, my mother in law breaking both her hips, a melanoma and forty stitches in my leg,  we couldn't really take advantage of this marvellous gesture. Until now. 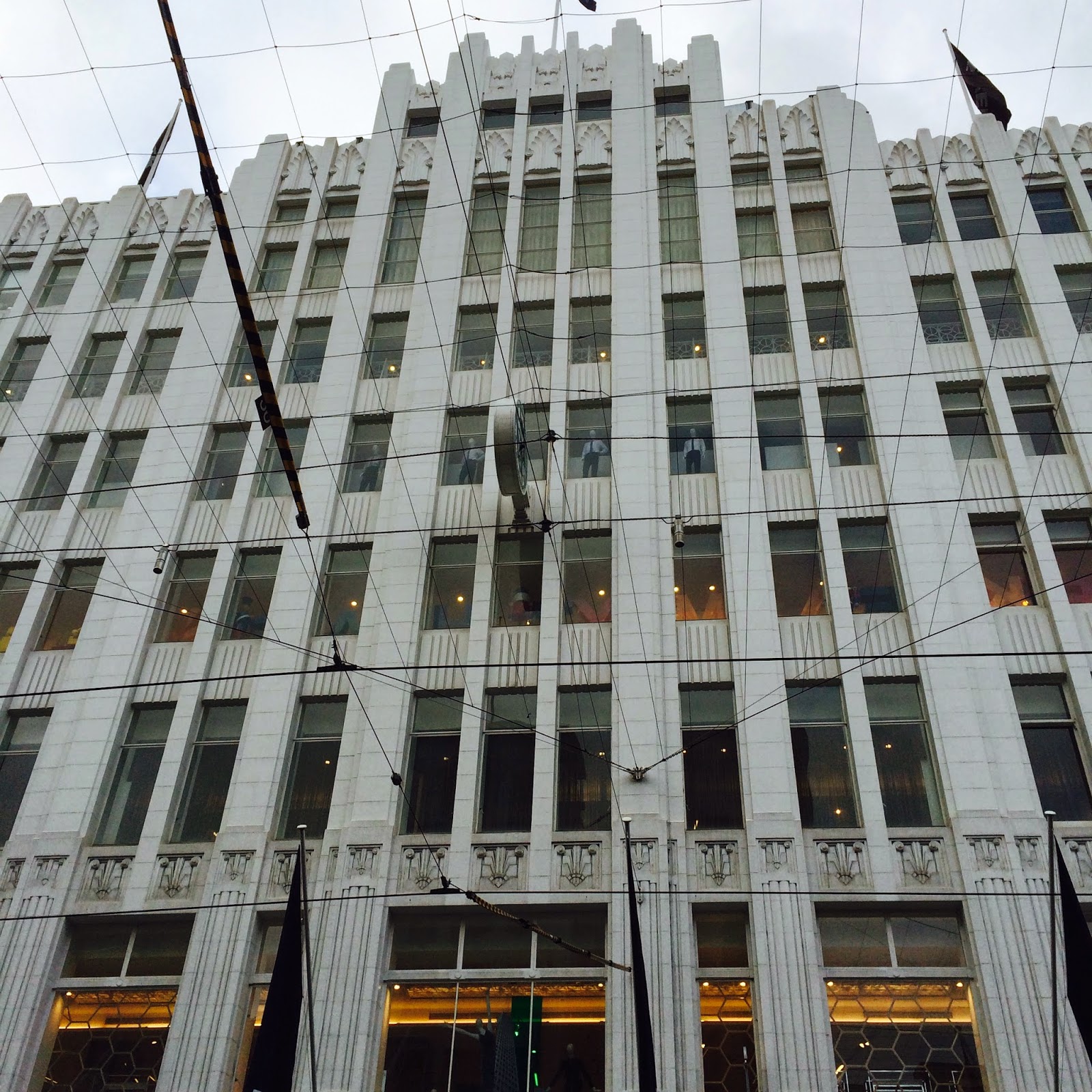 So, with five days up our sleeves, we planned our escape. One night in Melbourne and the rest in Daylesford. But because this is real life and things don't always go to plan, I hurt my back, three days before we were to leave. 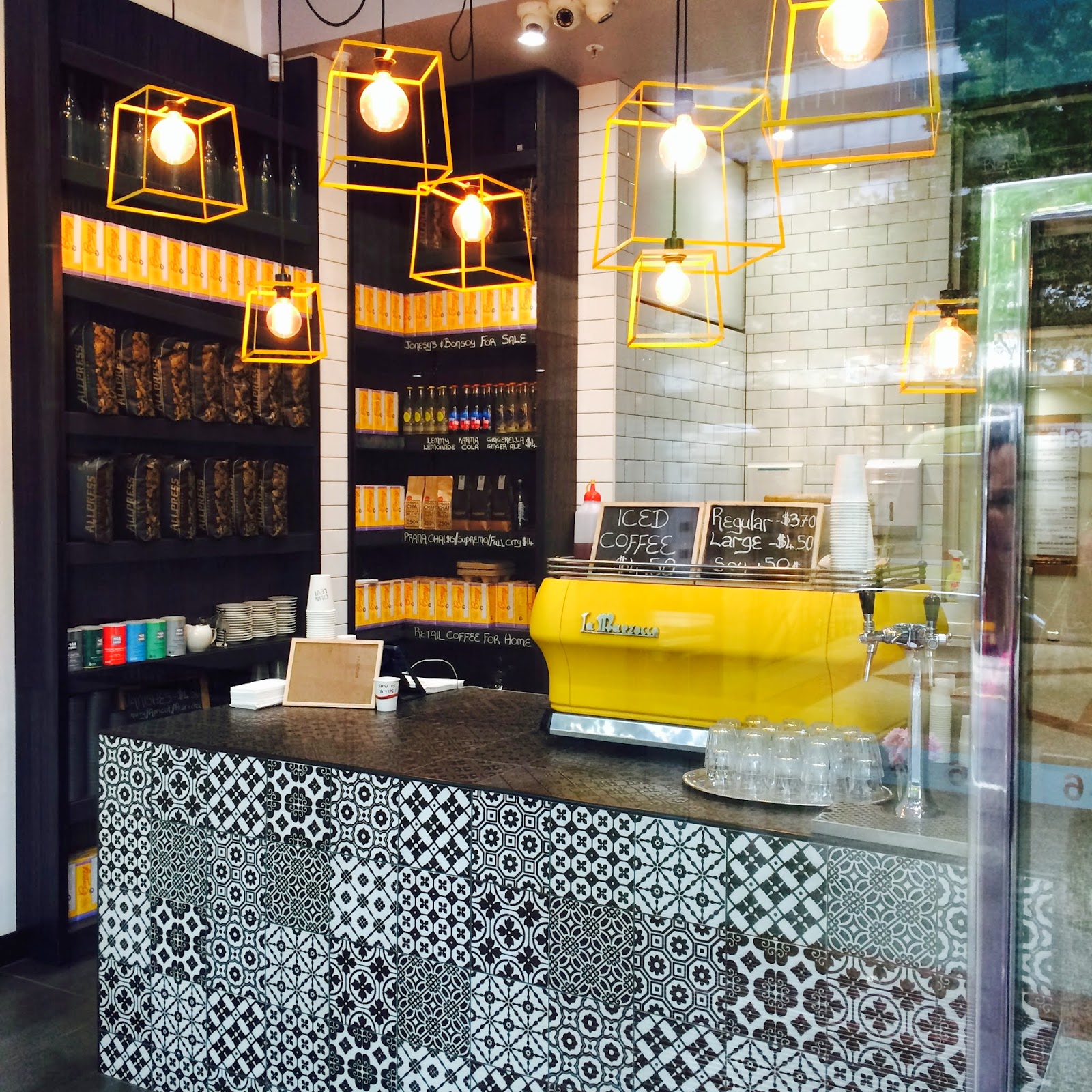 A few years ago, a setback like this would have had me ranting about the unfairness of it all. I have never hurt my back before, so what are the odds that it would happen just before my first proper time away from my kids in eight years. But, these days I am wiser and I know that sometimes sucky times happen, to everyone, and you just have to push through and wait for your luck to turn. 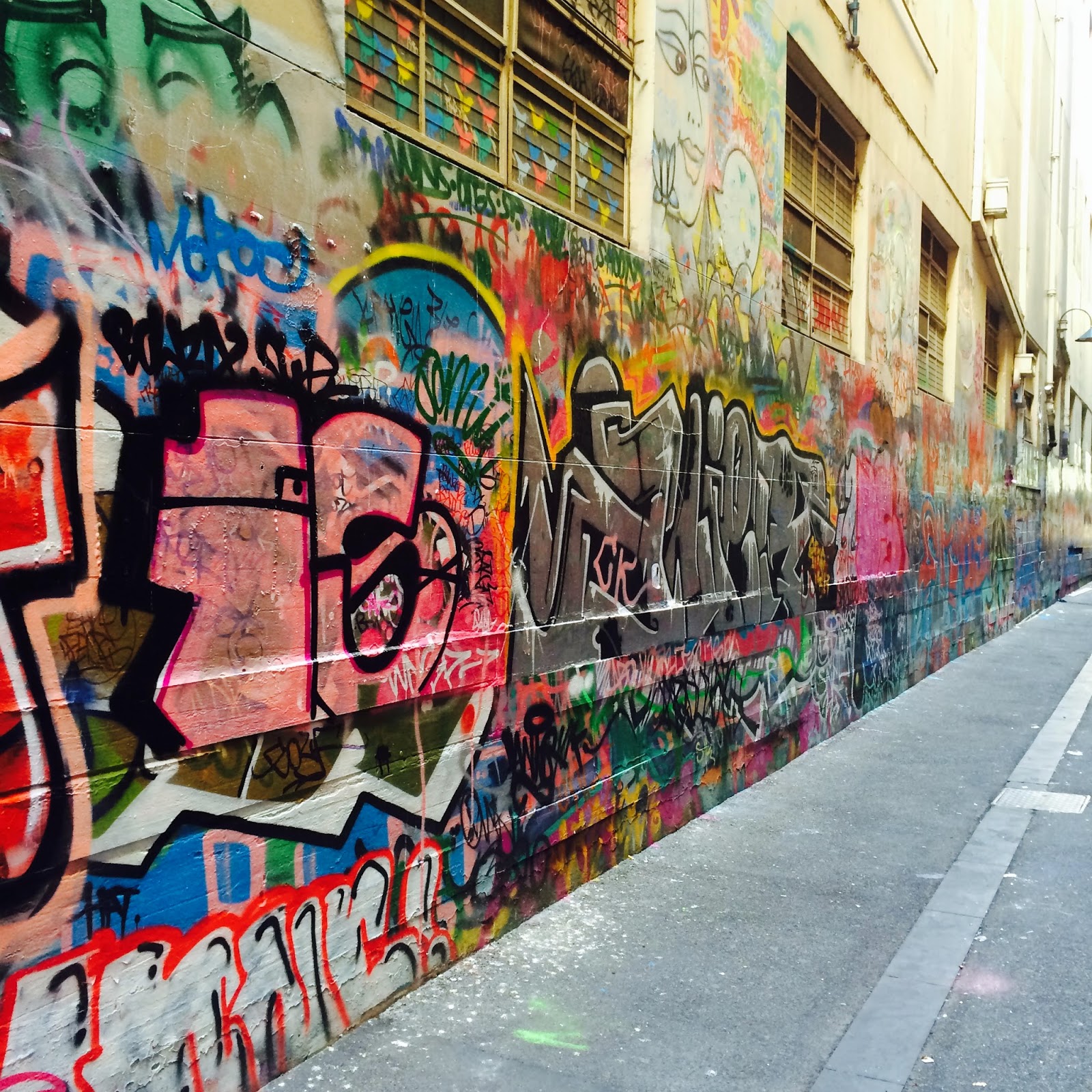 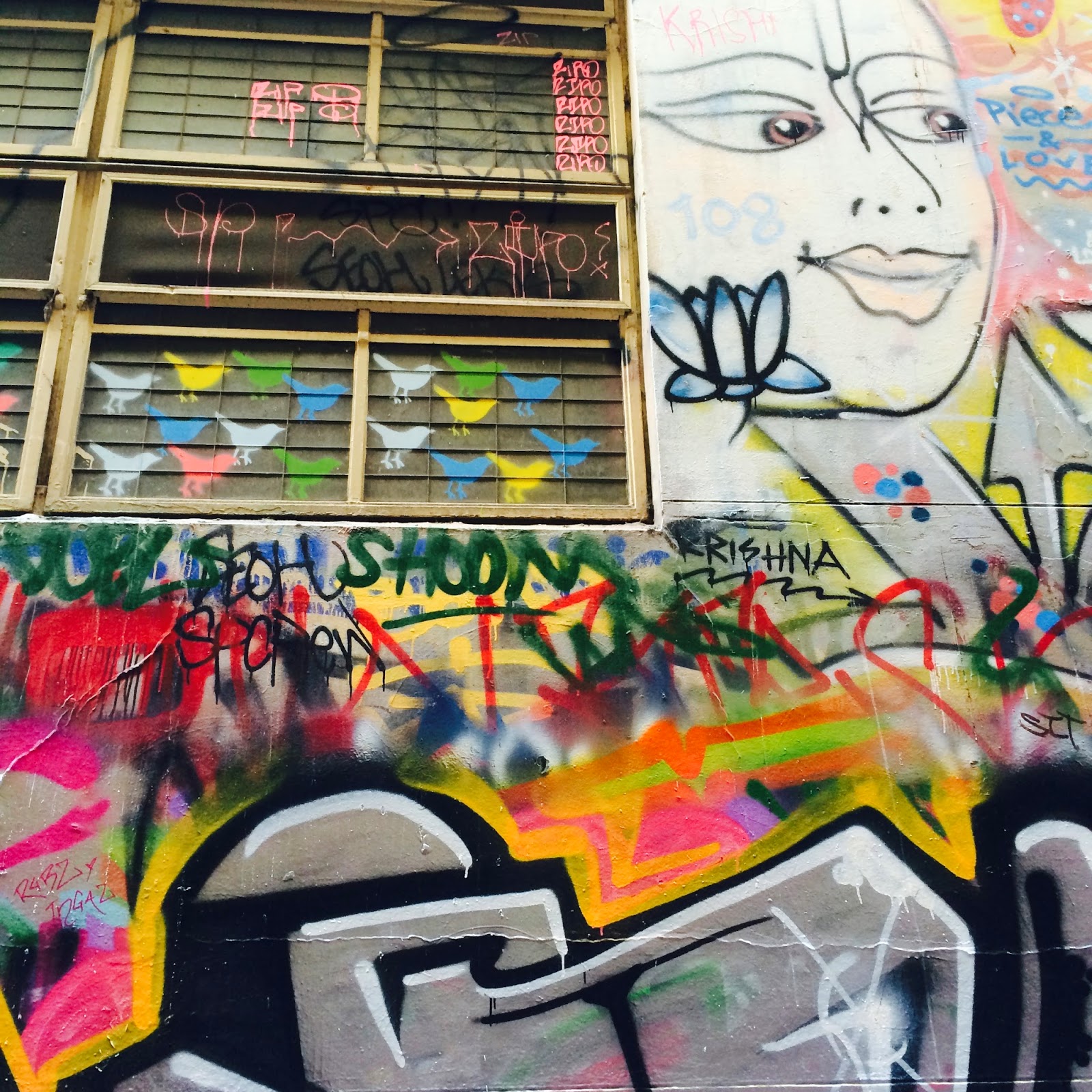 We picked up our budget basement hire car and were about to leave the airport when one of the Europecar staff noticed we had a flat tyre. When I thanked him for saving us from disaster and told him it was our first holiday away from our kids, he came back with an entirely different car. An entirely nicer, upgraded zippy little VW kind of car. Look how you open the boot. Fancy pants. 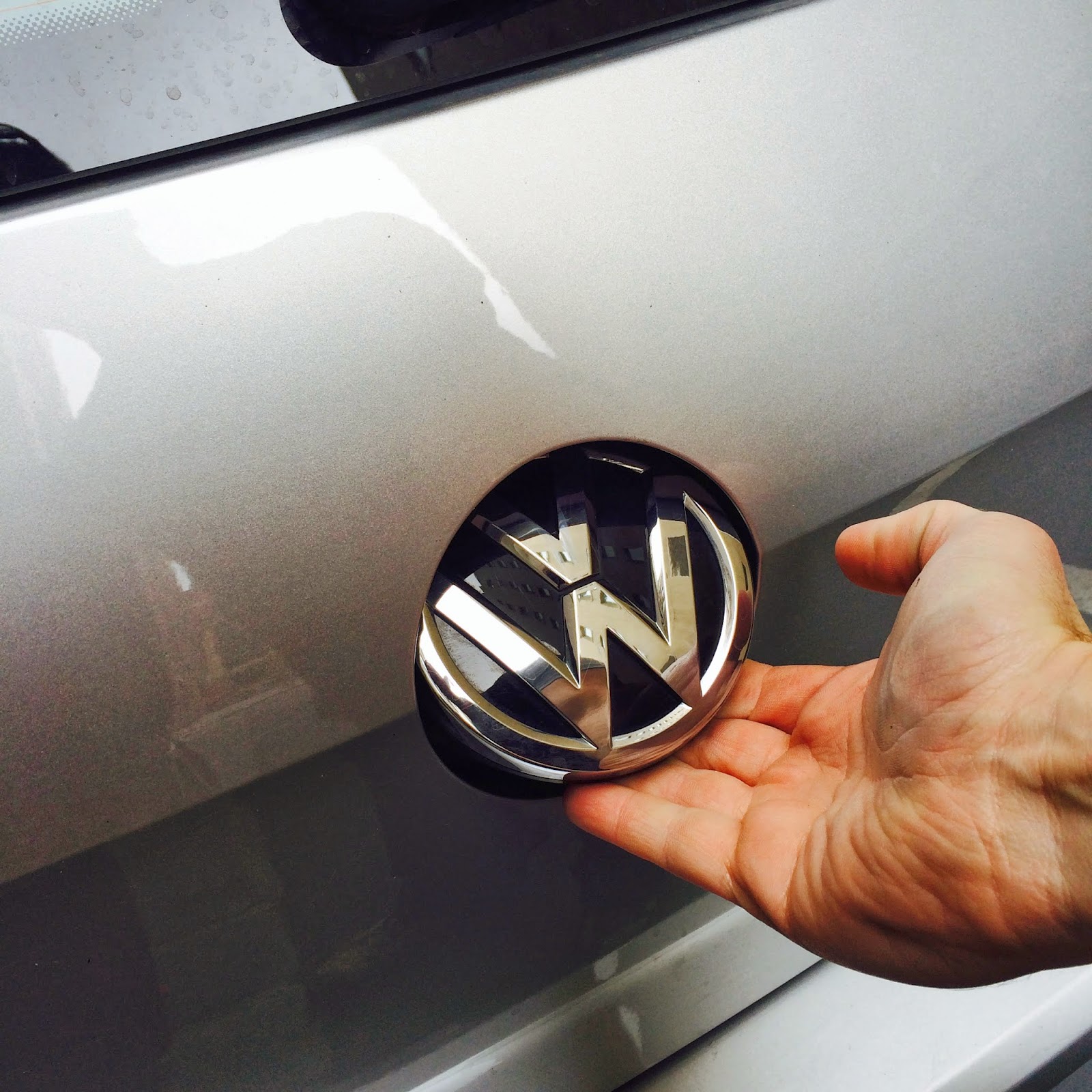 After we checked into our hotel and discovered we had arrived in Melbourne the same night as White Night festival, I really knew my luck had changed. As we started walking the city streets with half a million other people, I was grateful for good painkillers and lucky five cent pieces. 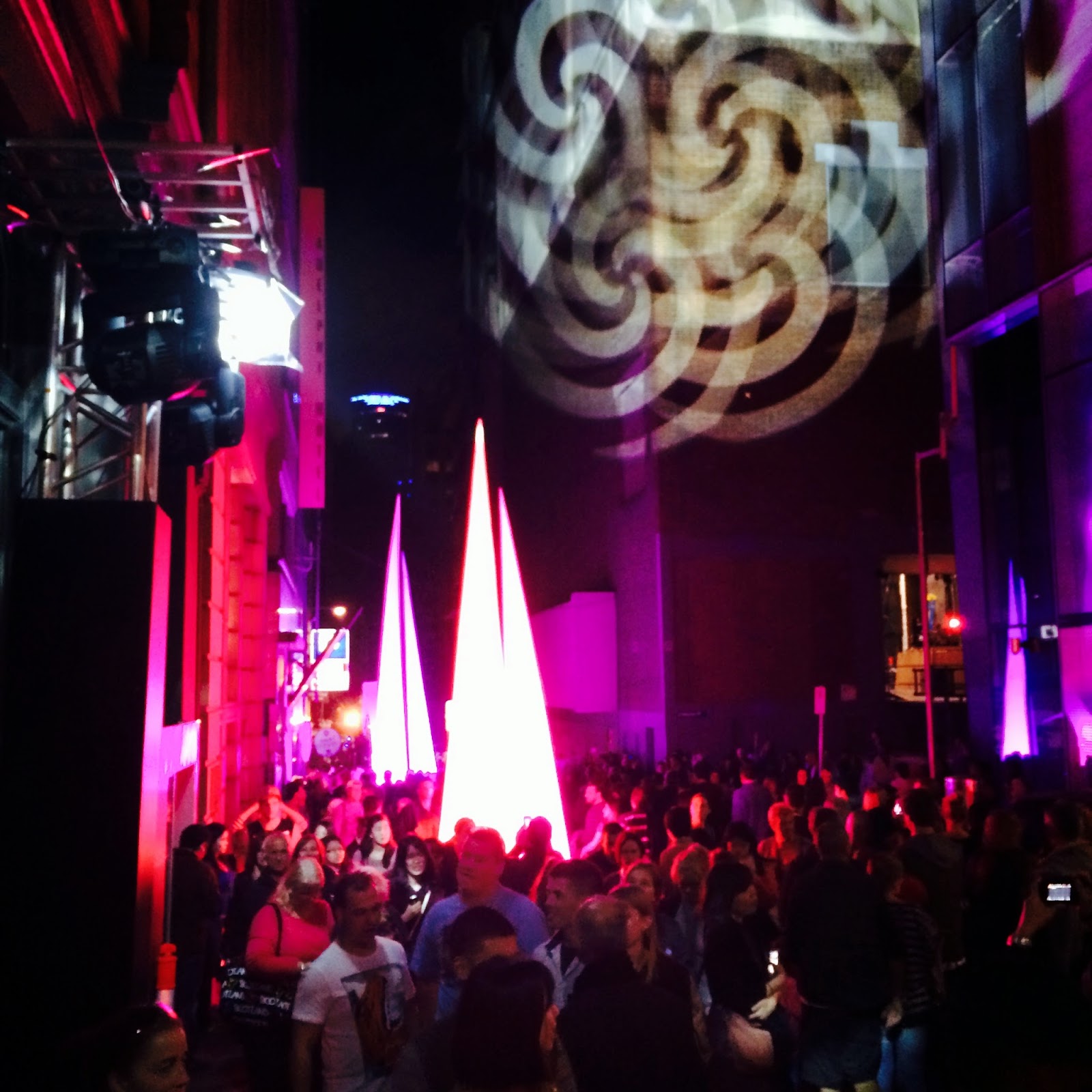 Aside from just taking in all the amazing shop fronts like this florist, 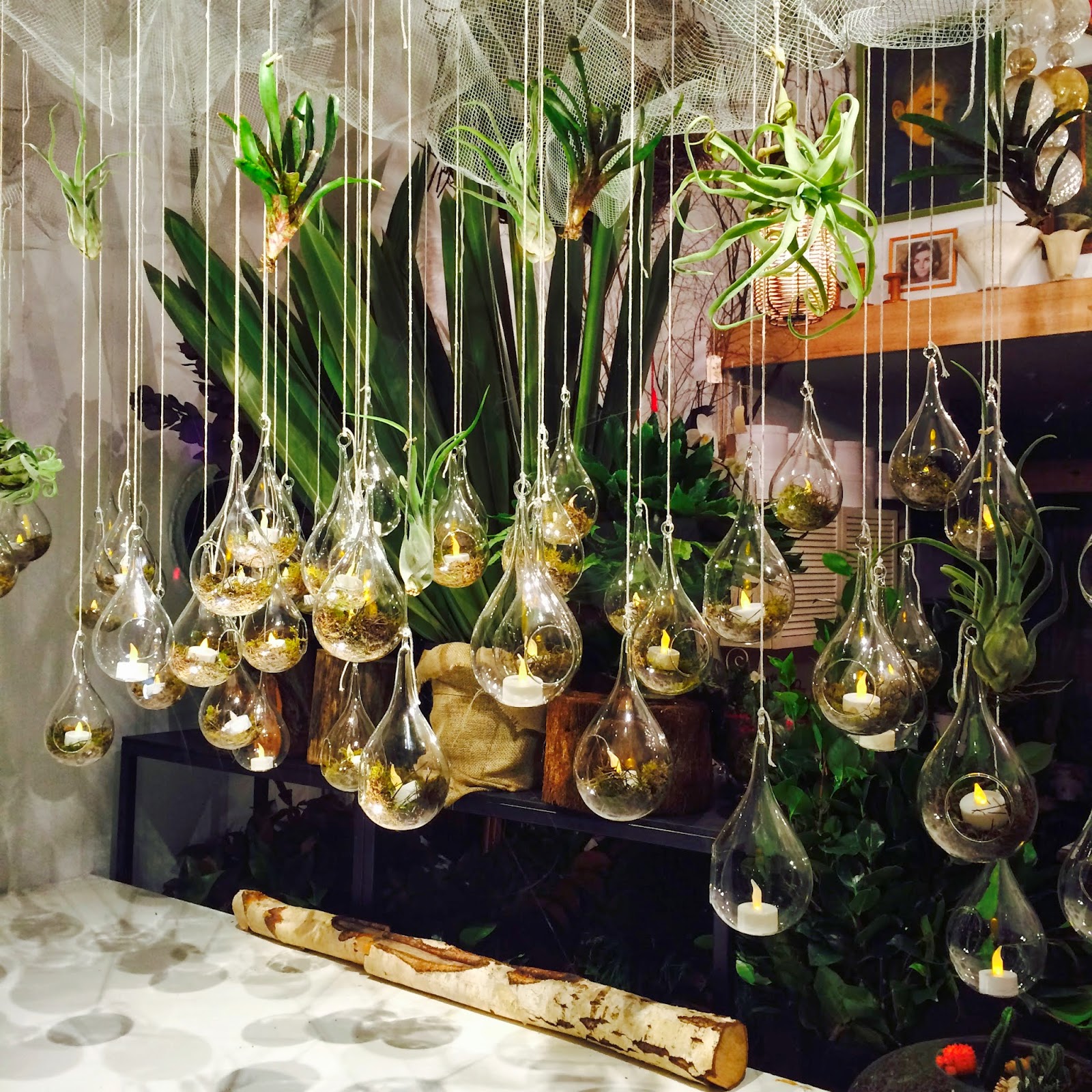 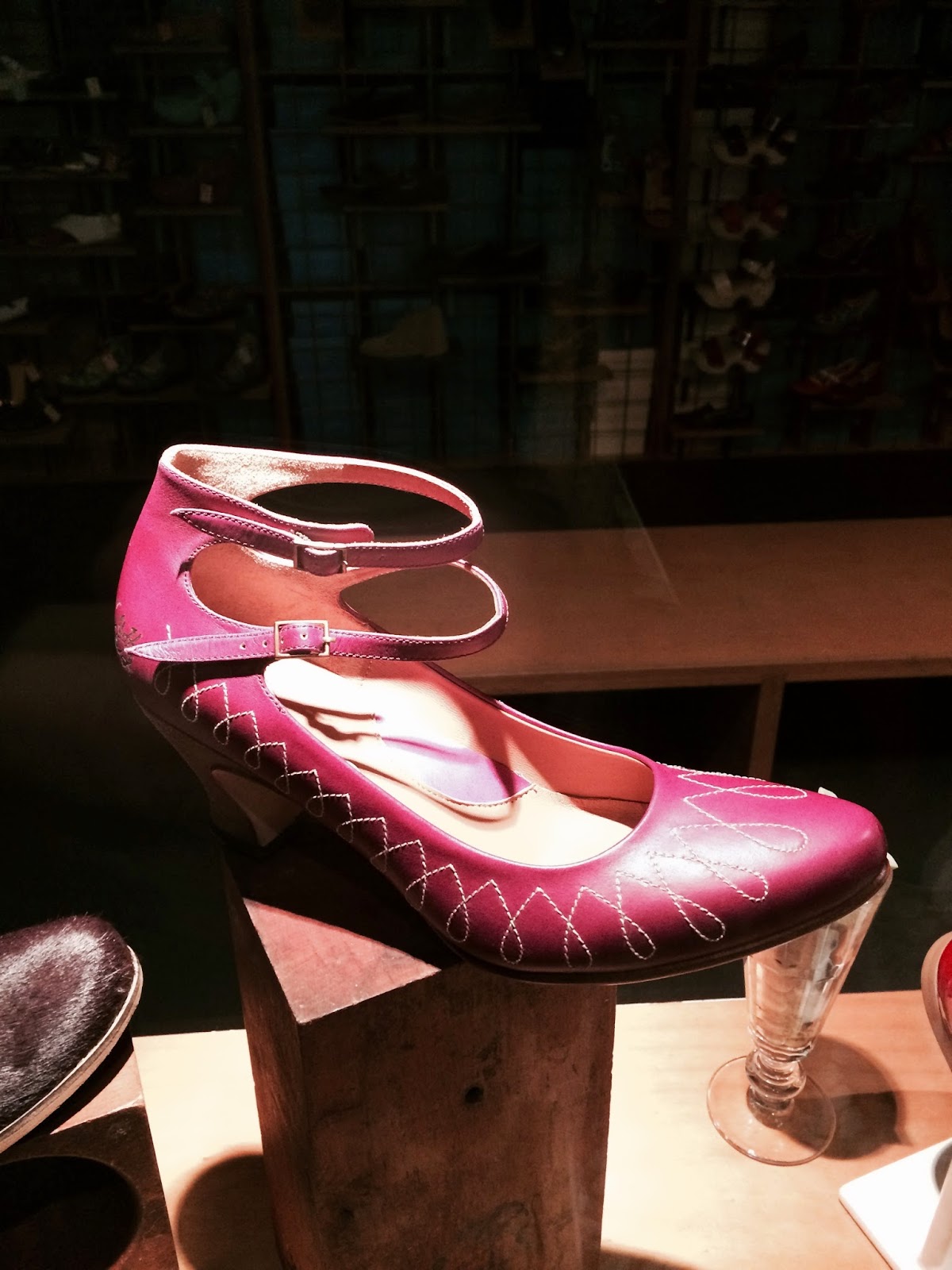 and shops with stools that look like liquorice all sorts, 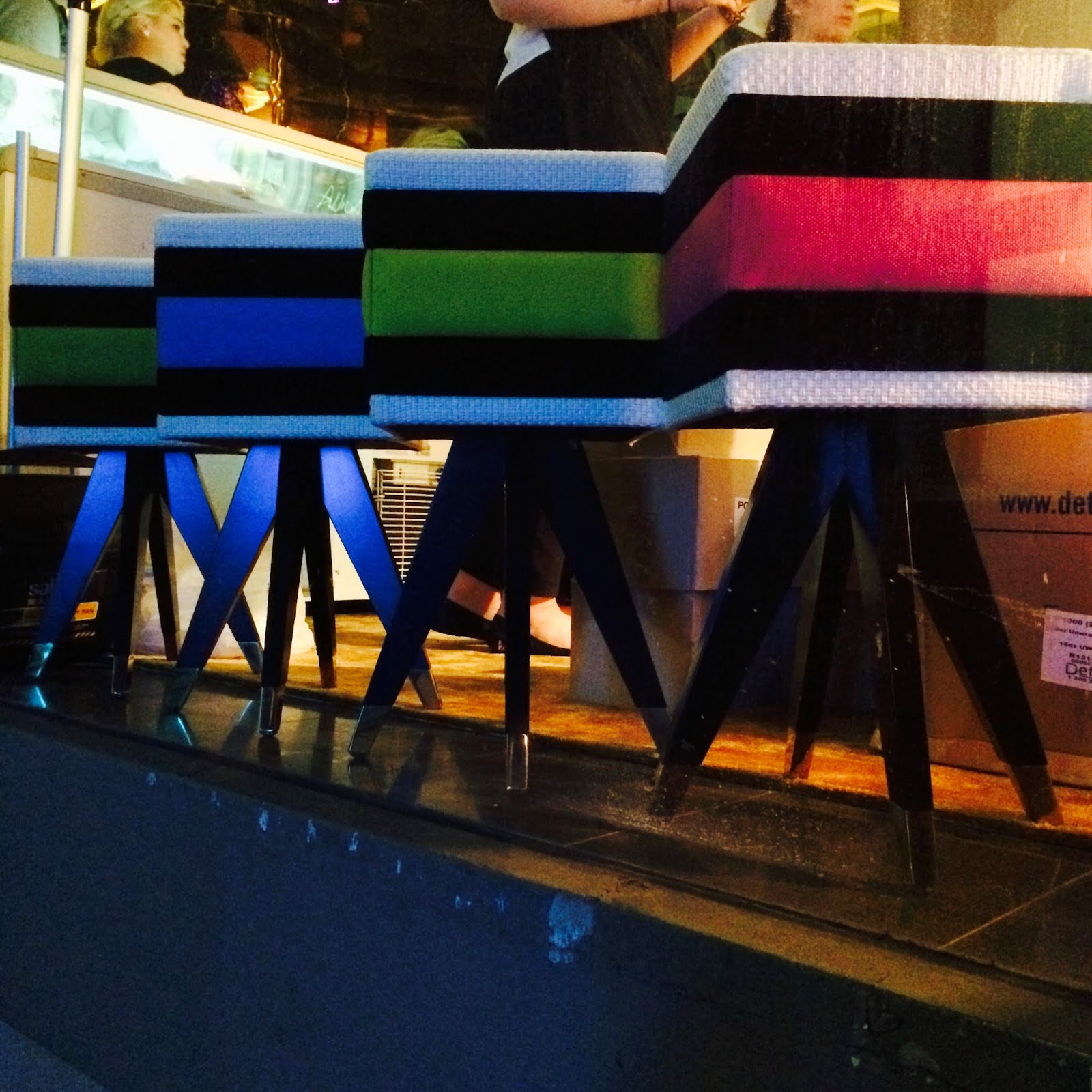 there were the most amazing light projections I have ever seen. This is the top end of Flinders St, outside The Forum theatre. 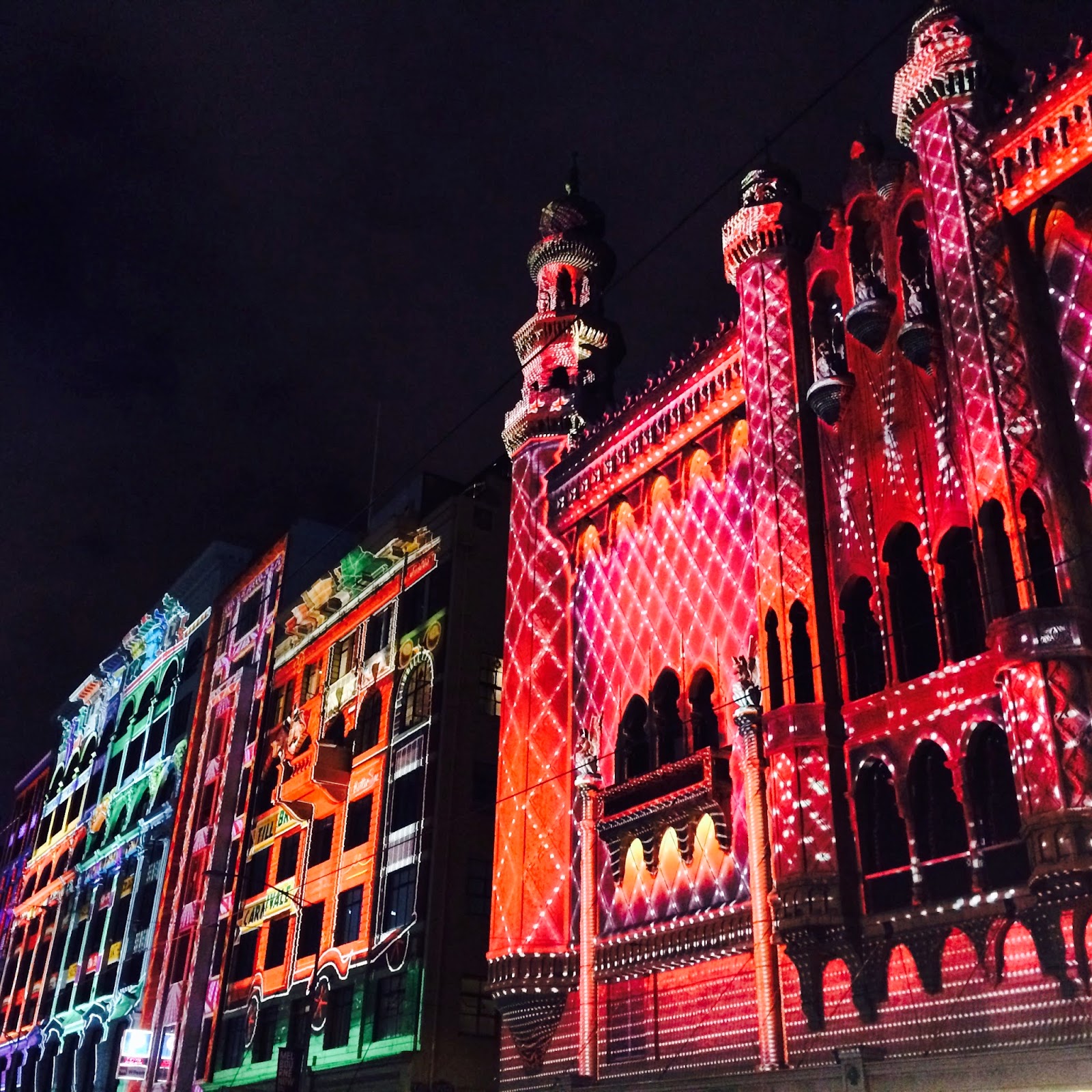 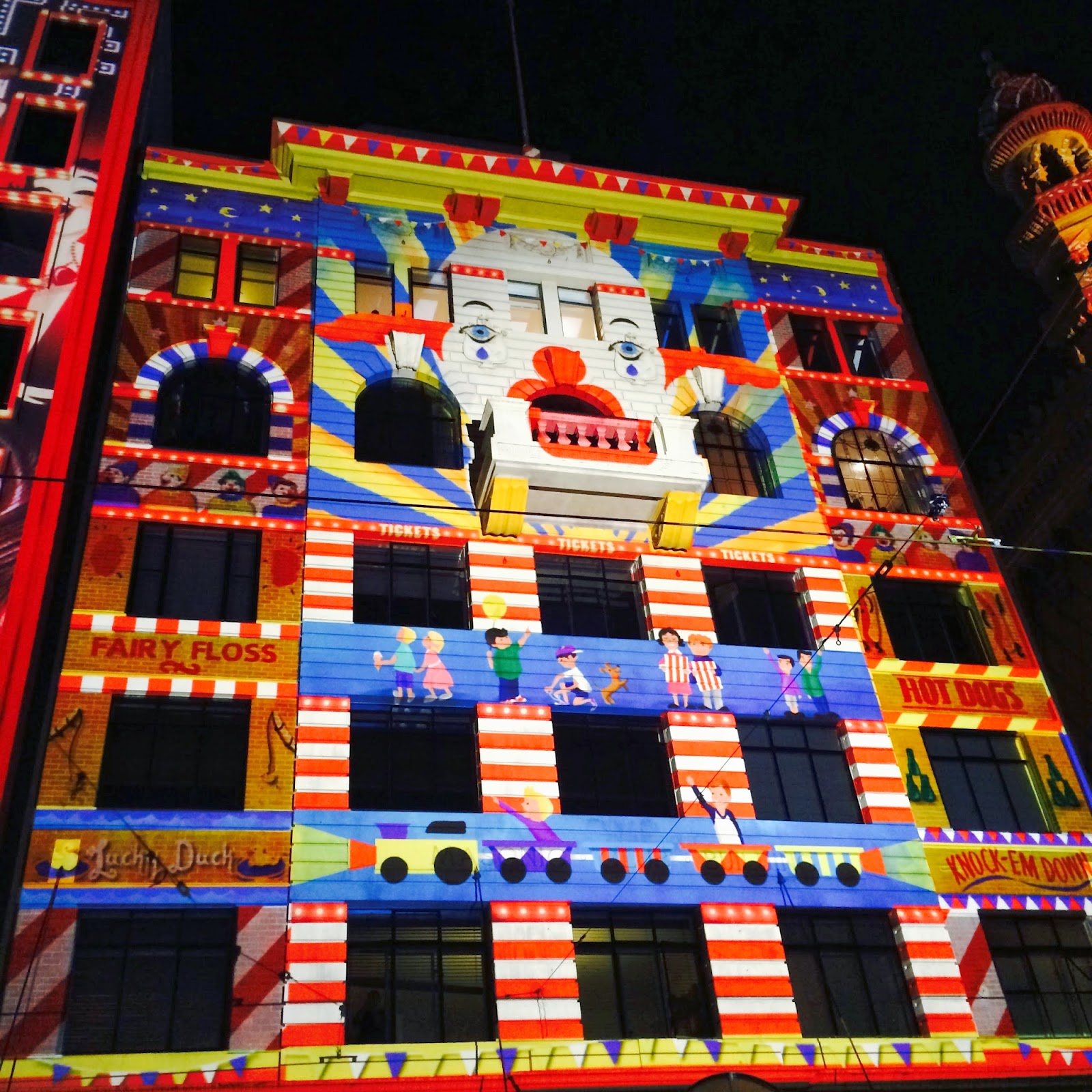 and if you stood quietly and waited while the throngs of people swelled around on all sides, suddenly it would change from this, 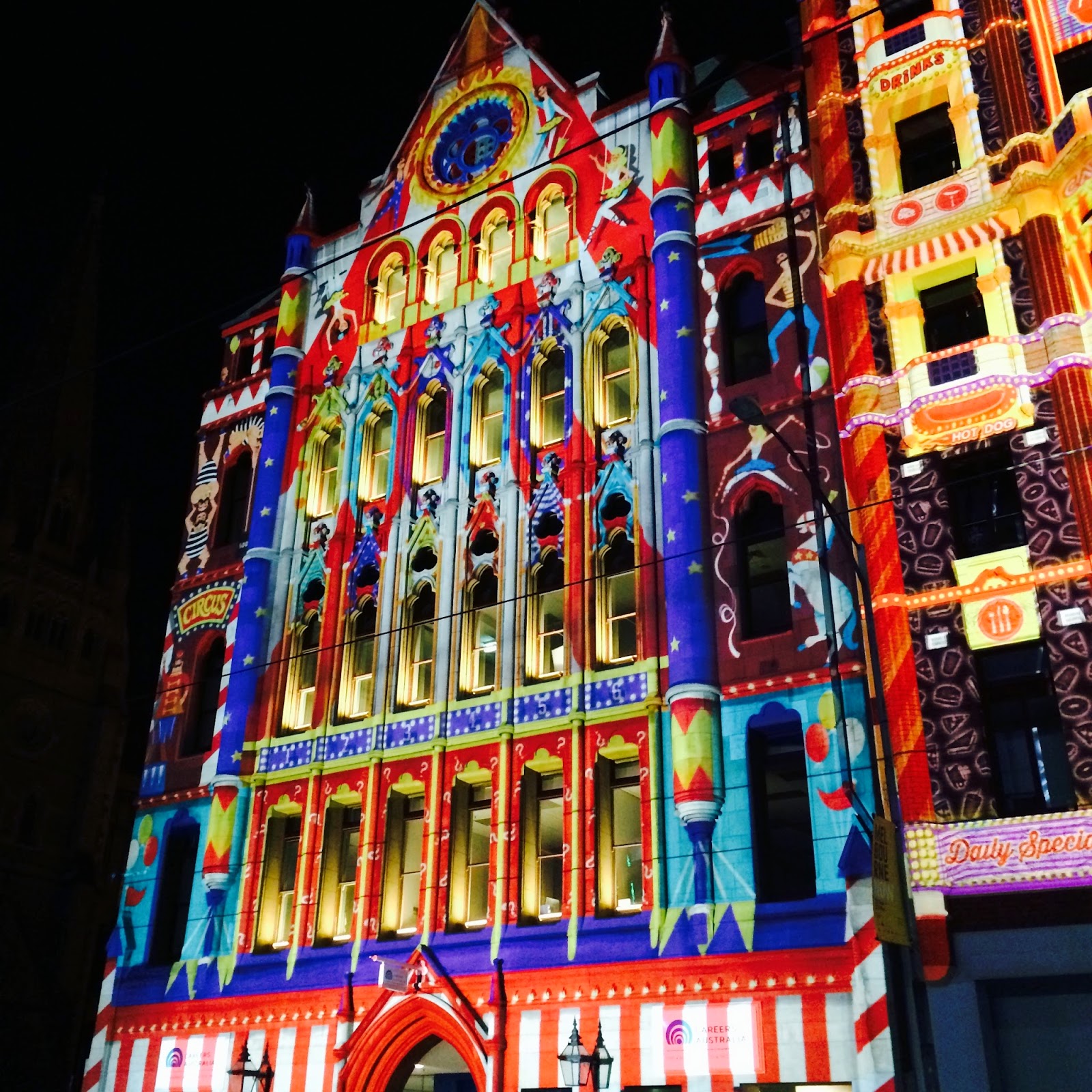 to this. For a colour lover like me it was pure magic. 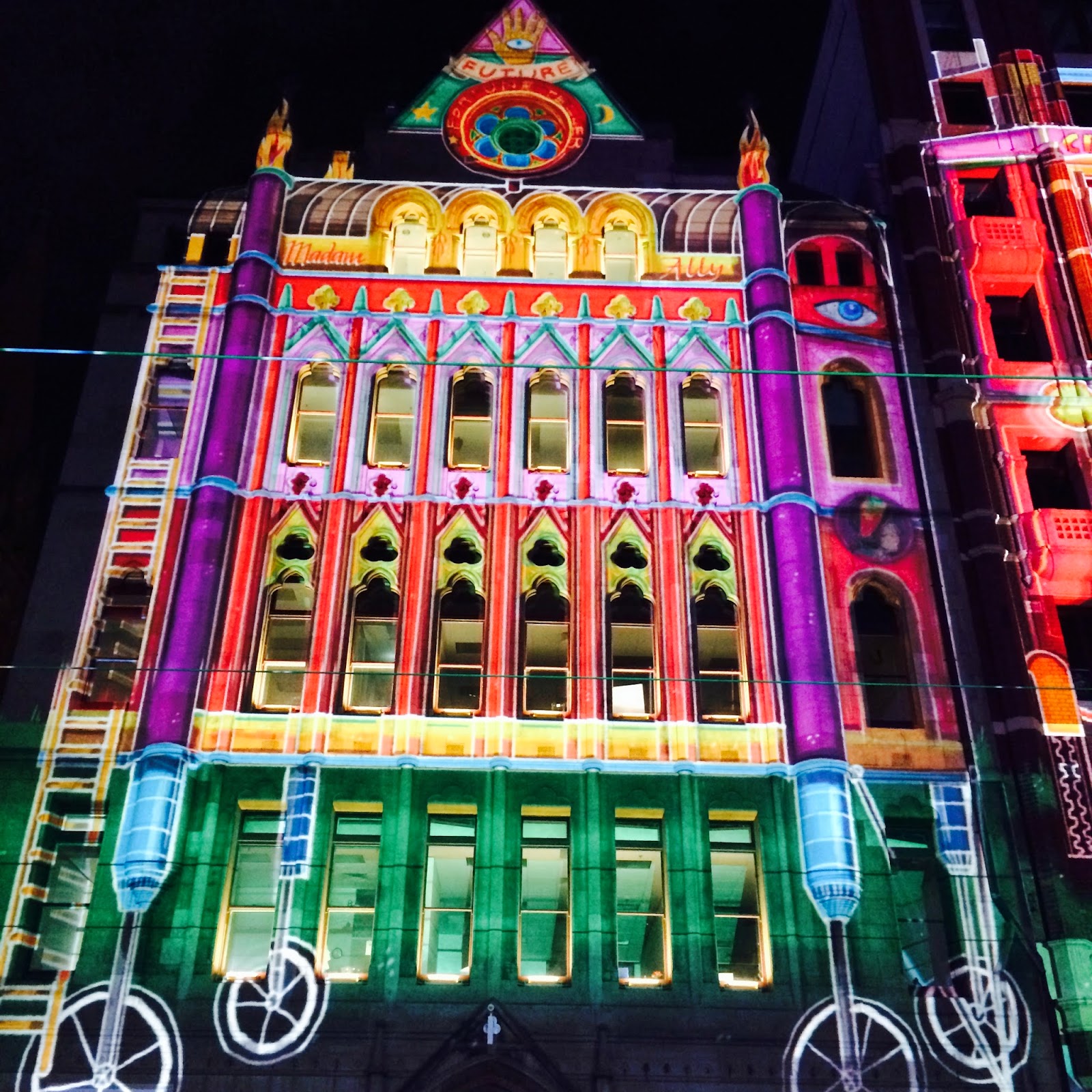 We walked a little further and stumbled across this gorgeous little church. Lit up with magical patterns that changed constantly. I thought it was on some sort of loop and waited patiently for one pattern to come around again. 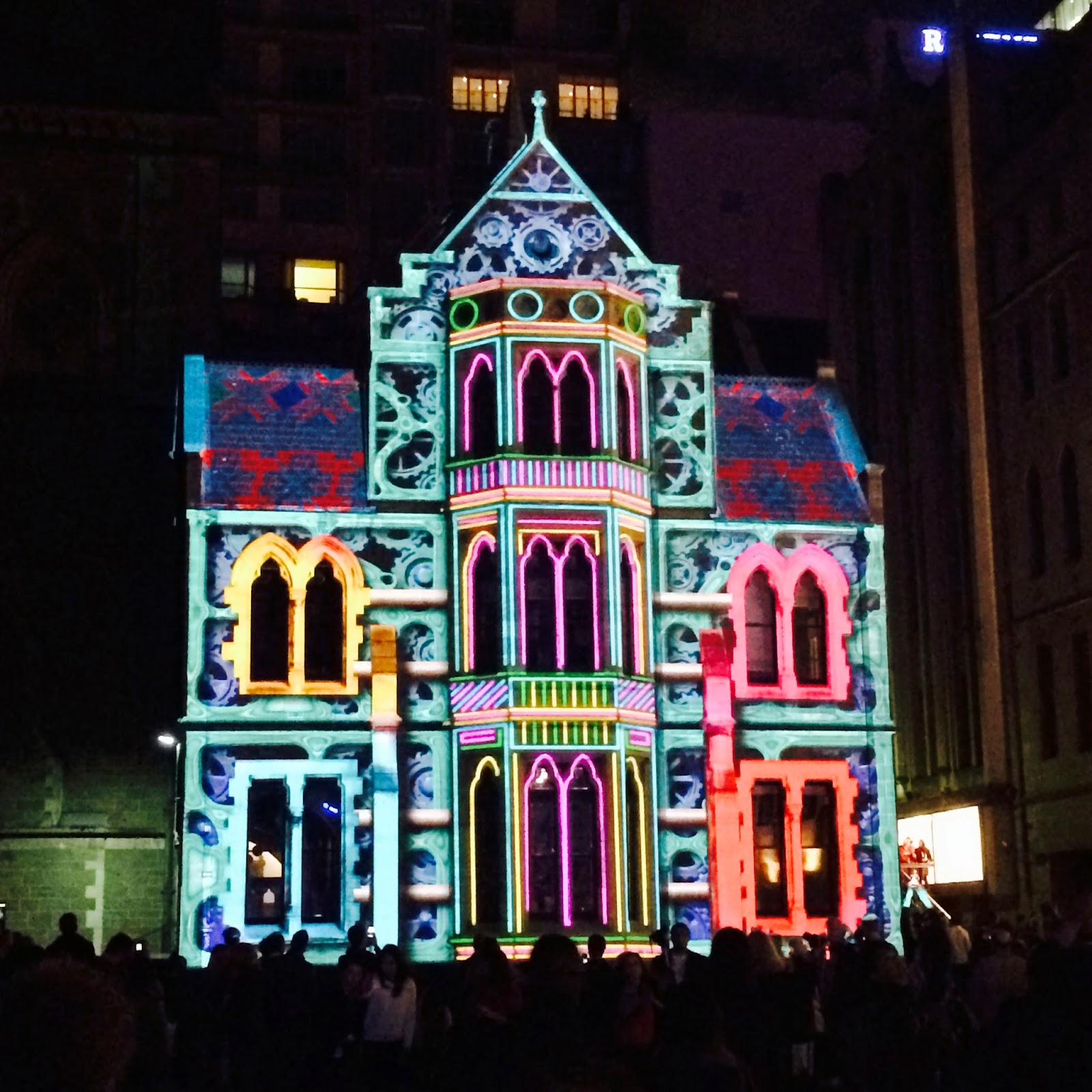 Every now and then it would reset, back to original sandstone then bit by bit the colours would appear.  We watched for about twenty minutes and then turned to head home. 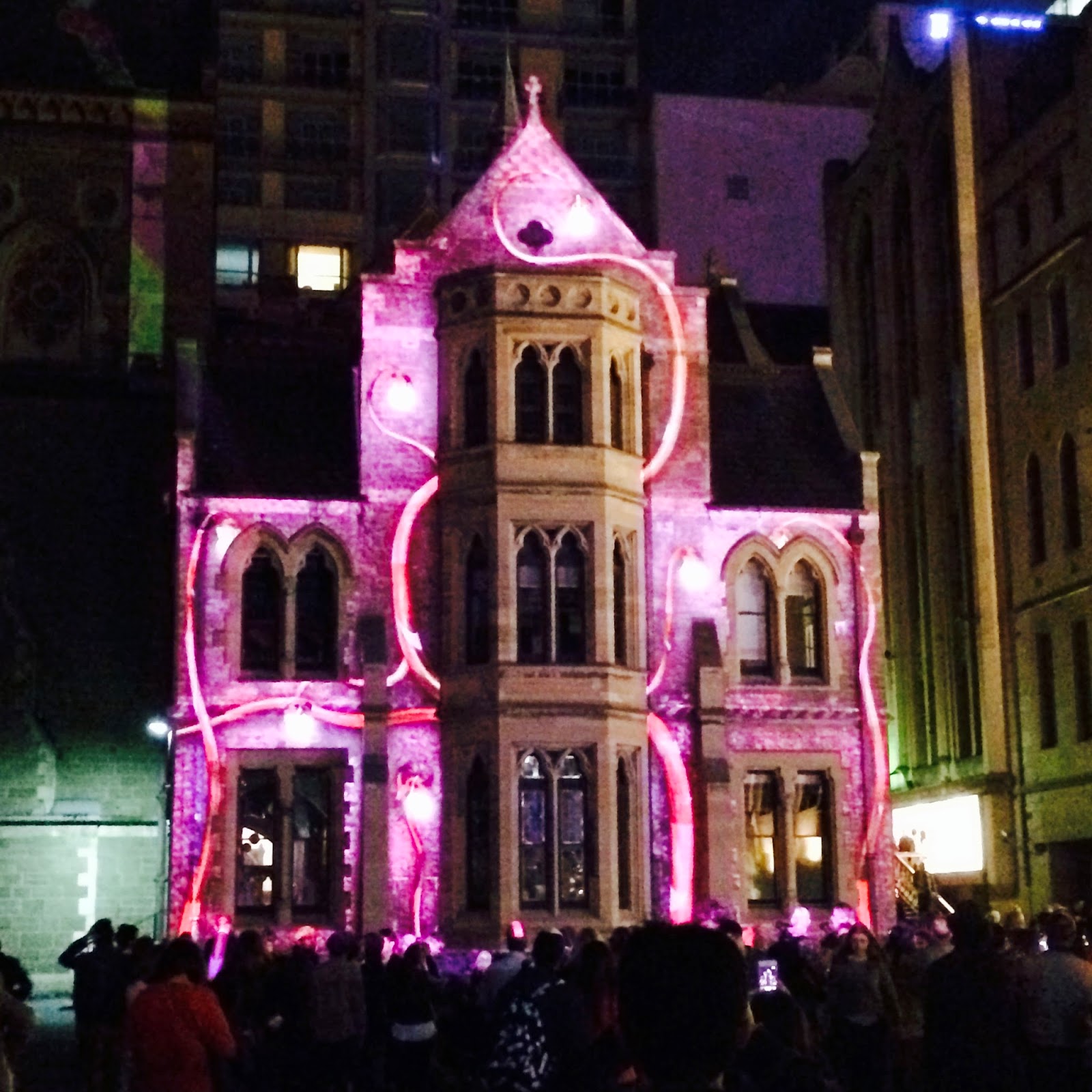 As we left the courtyard, we noticed a little booth. With a little sign on the side. 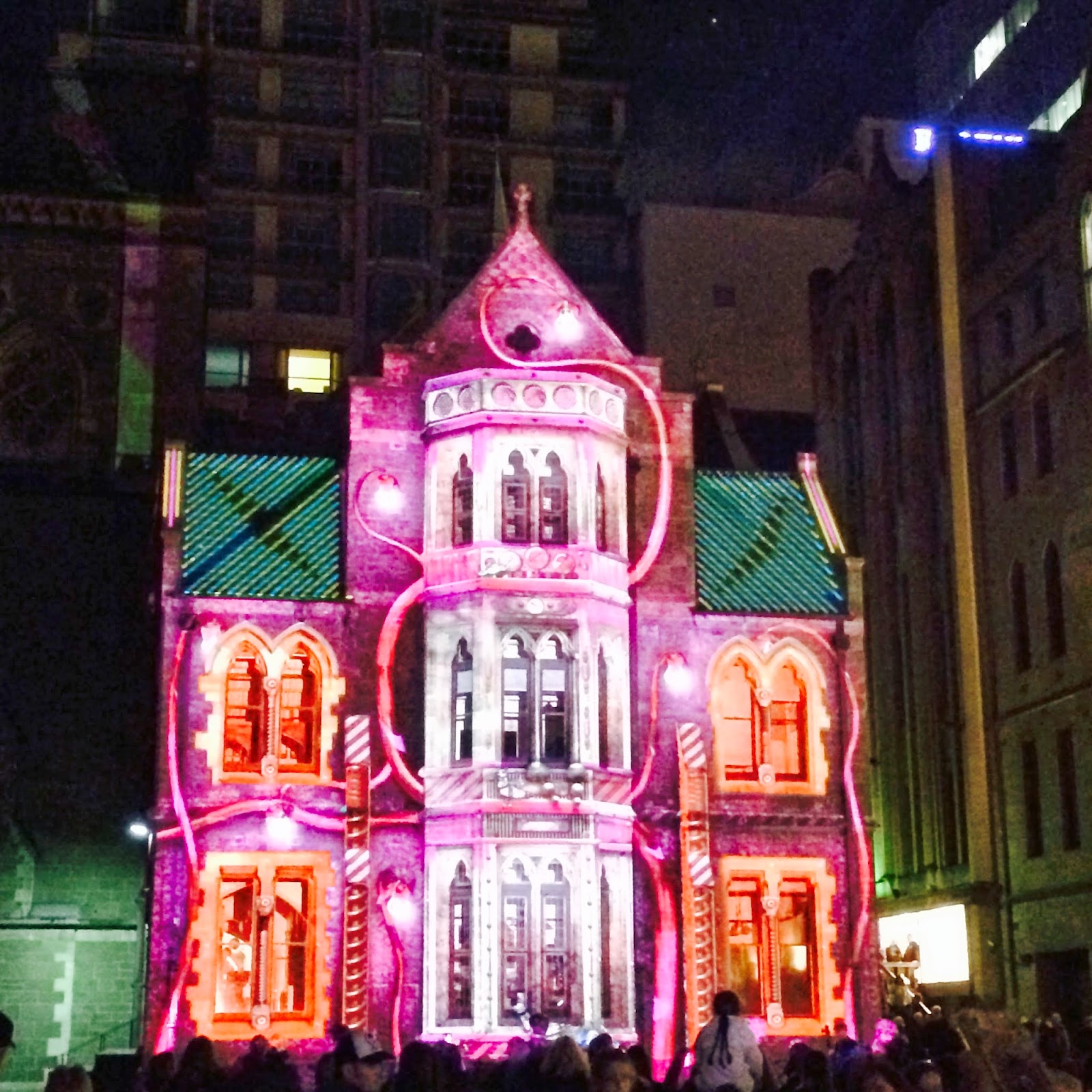 Amidst the throng of thousands of people, there was a little booth, with a set of stairs and no queue. It seems that amidst the masses, many people stop to look, but most do not see. 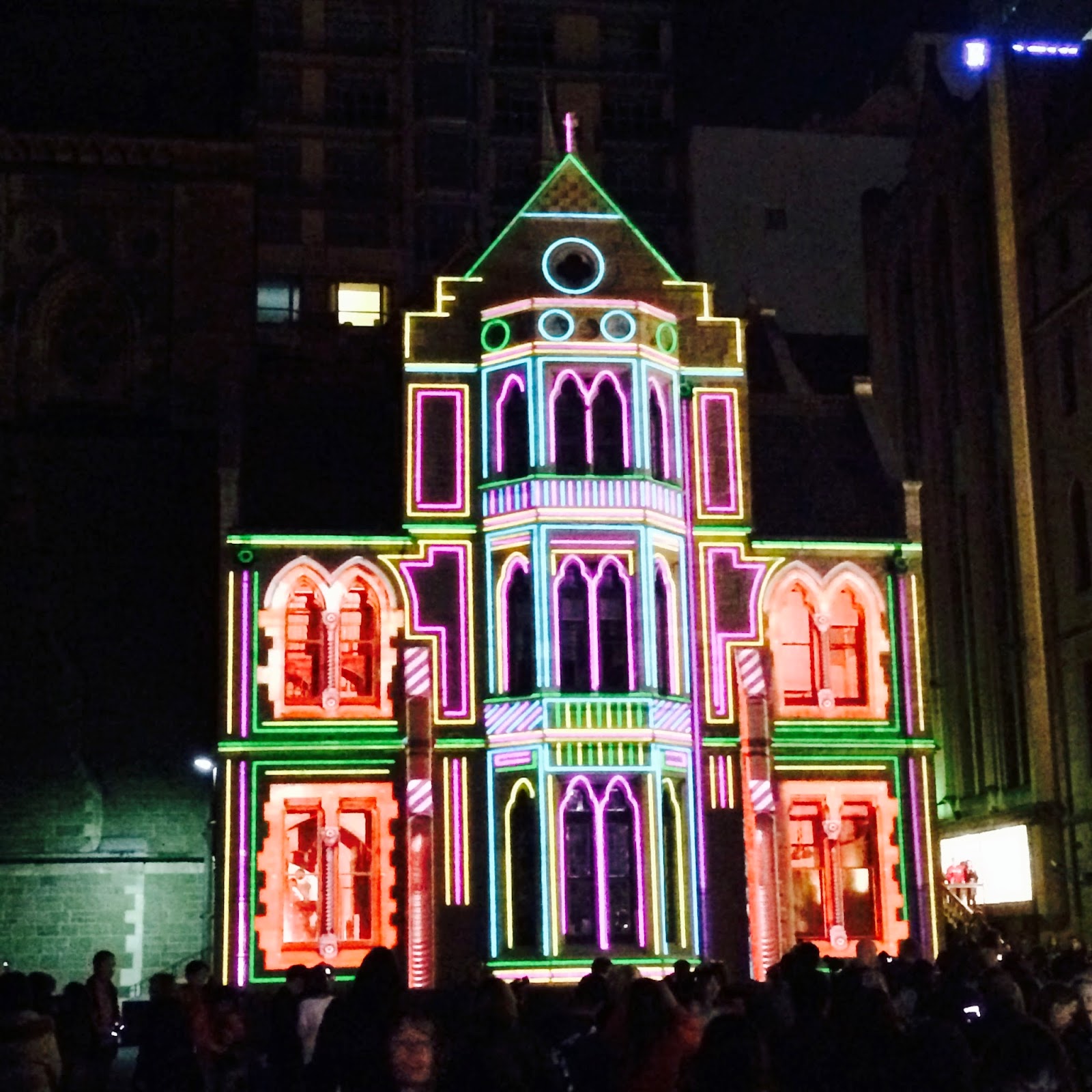 And inside was this. 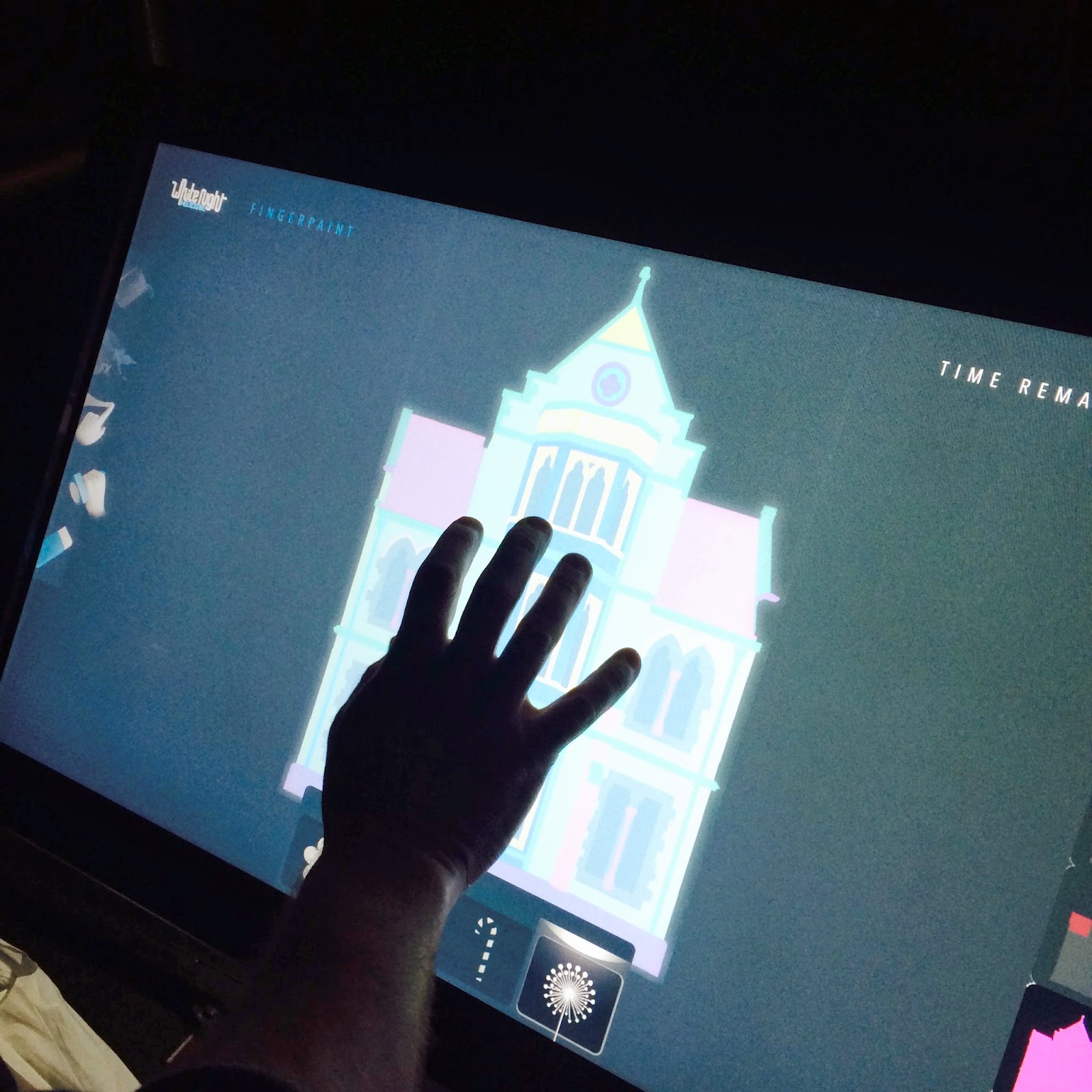 So as half a million people wandered past, I created my own design. 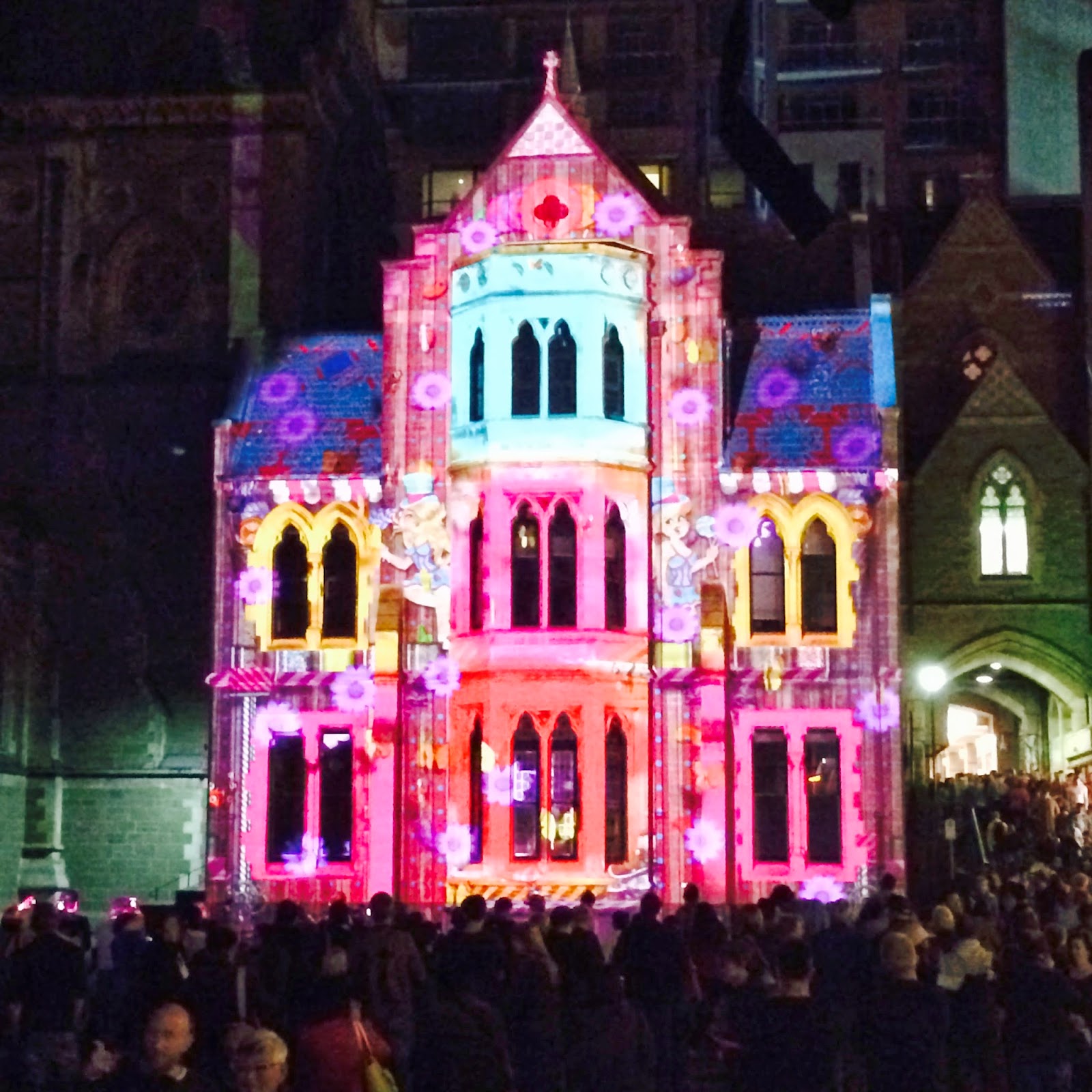 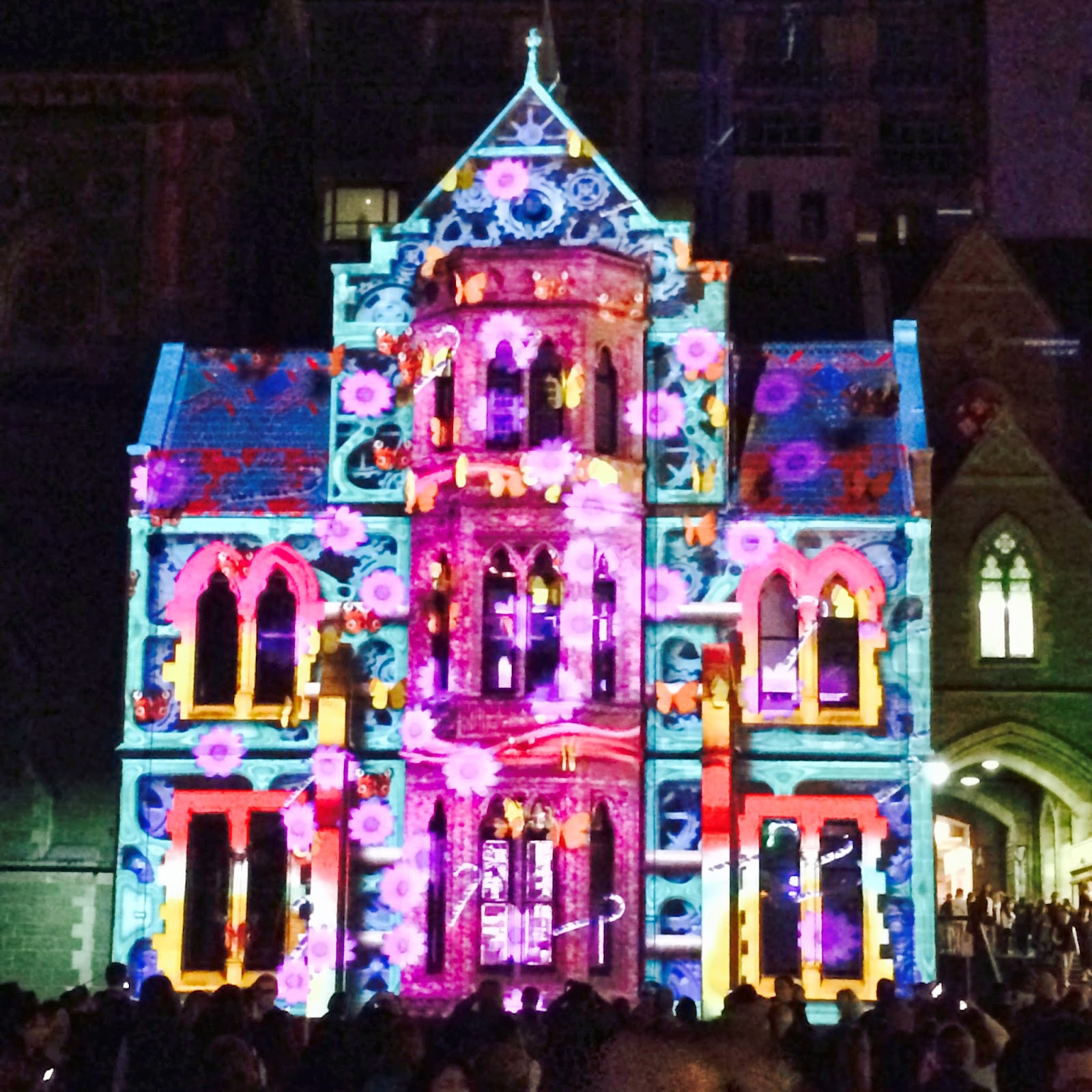 Bit over the top but I was a tad excited and had to cram every possible option in. Legoman was a little more sedate. 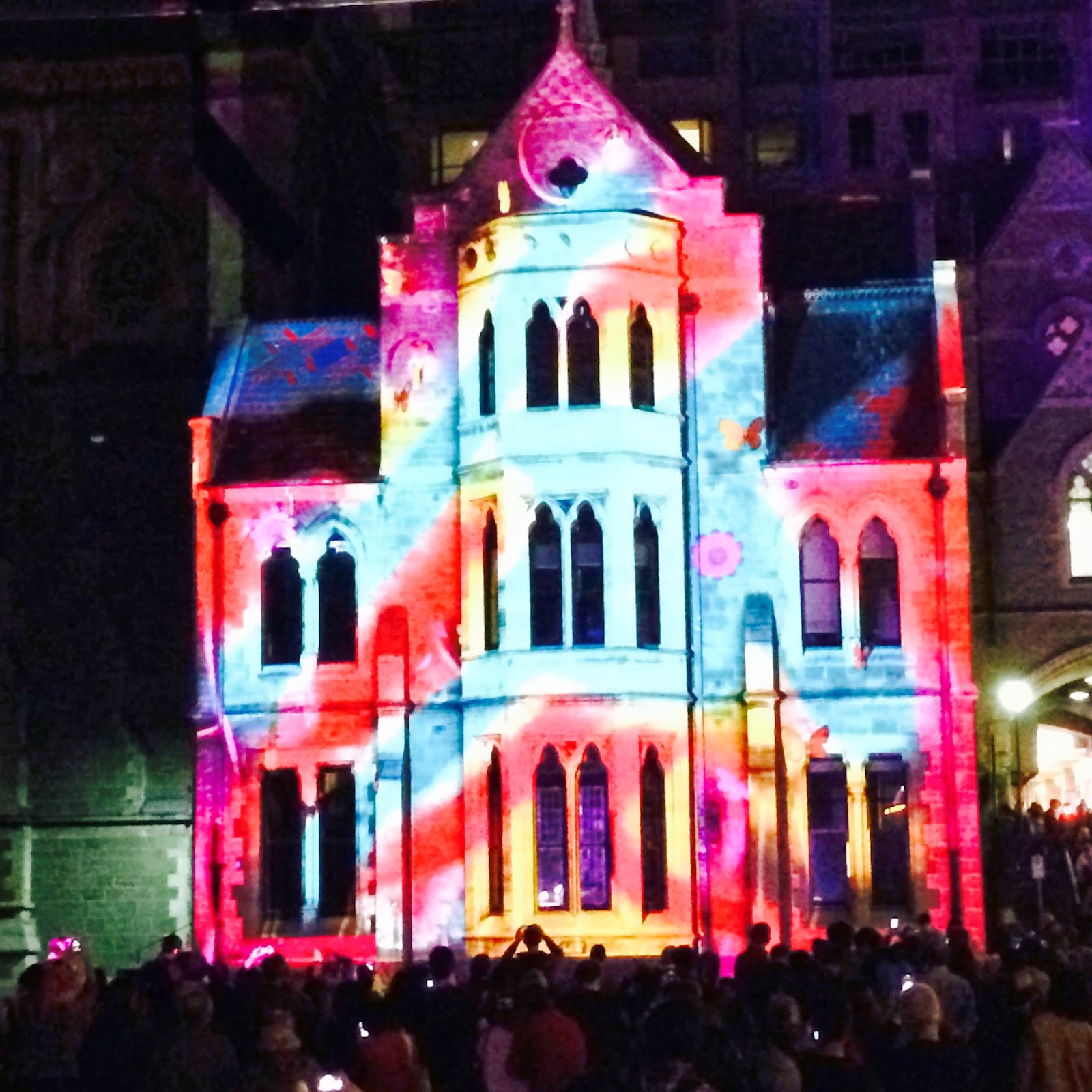 On a colour high, we walked the zillion blocks back to our hotel, stopping everyone who still had children awake with them at 11 pm. We told them about the little booth of pure magic just a few blocks back that half a million people never even noticed.

One night in Melbourne, with a lucky five cent piece and a whole lot of magic.
Posted by Bungalowgirl at 11:00 PM