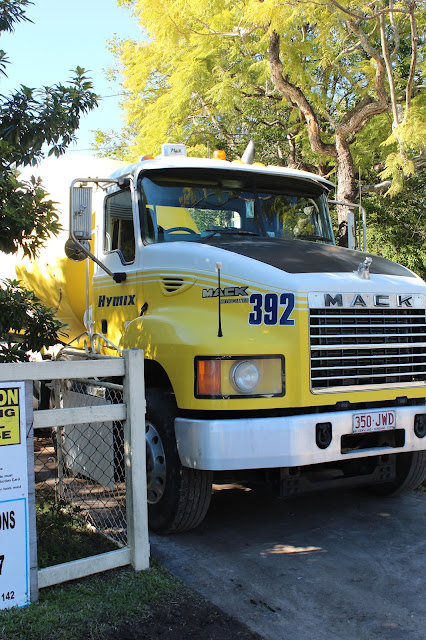 Things are always looking up if there is a concrete mixer in your driveway. And a yellow one to boot. Because this can only mean one thing, a new driveway and the end of the reno is in sight. Last week heralded a flurry of activity both in and out of the house. 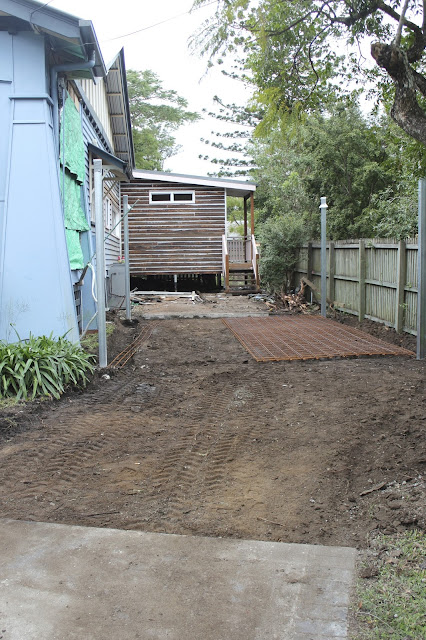 I missed the action shot of the bob cat but was thankfully able to capture the arrival of the concrete mixer. Much to Roboboy's disappointment it was scheduled to arrive just after school drop off but I was under strict instructions to obtain footage, preferably video! 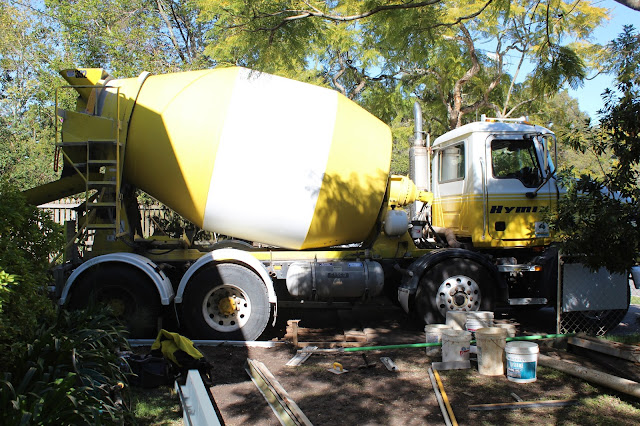 Unlike my builders who are too busy to pose for action shots, the concreters were keen for some theatrical input into the progress snaps. Suspect they were restless after sitting around for a good three hours waiting for the truck to arrive. 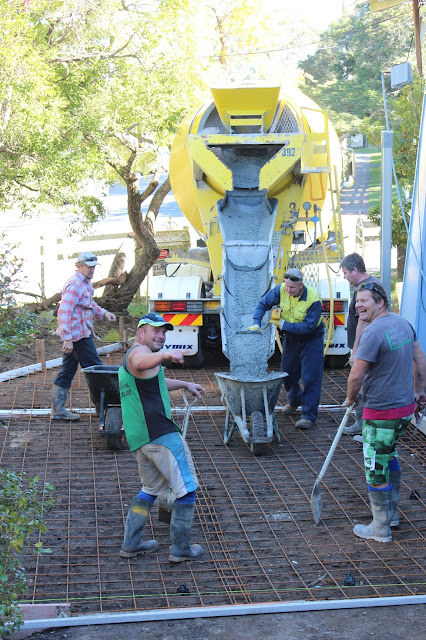 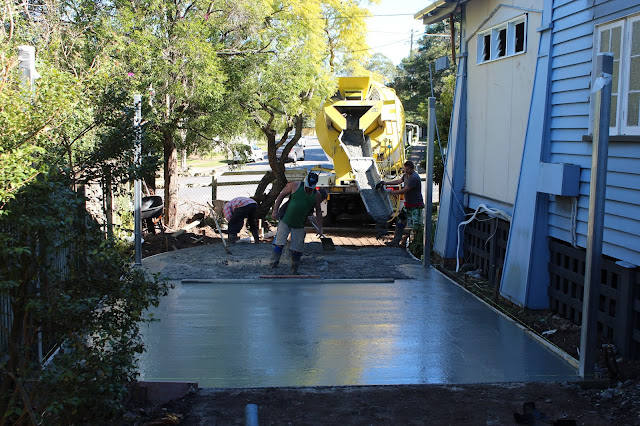 Meanwhile, new windows went in all over the house. First was a new slider for Roboboy's room. We deliberated long and hard over what style of window to choose for this room, but practicality won out as this was the best option for both security and flyscreens. 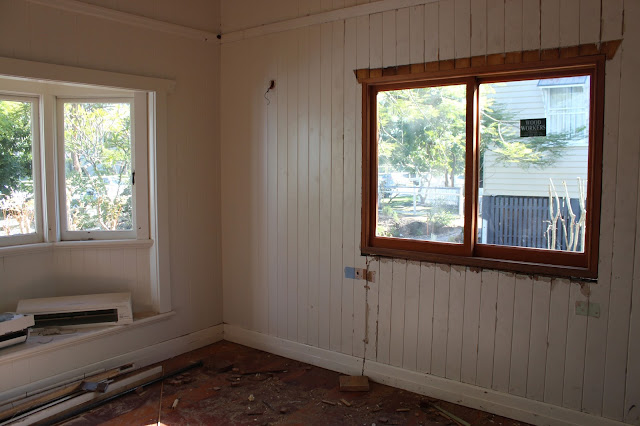 Work started on the remaining windows for the bathroom and bedrooms. I haven't shared the bathroom on the blog before, it is BLUE of course (probably left over exterior paint) and is pretty compact but otherwise not too awful. We have plans to enlarge this room and renovate it properly but for now we will be making do with a new window and a new toilet and getting rid of the awful lighting fixtures. 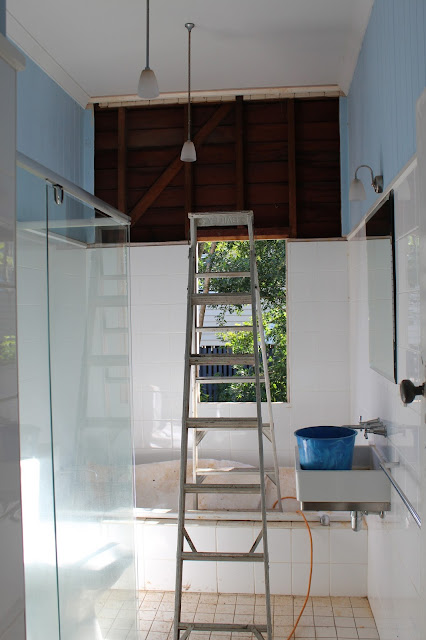 The old windows were removed from our bedroom. Yet another moment of relief that we are not in the house right now. There is not a single square inch of Betsy not covered in debris and grot. 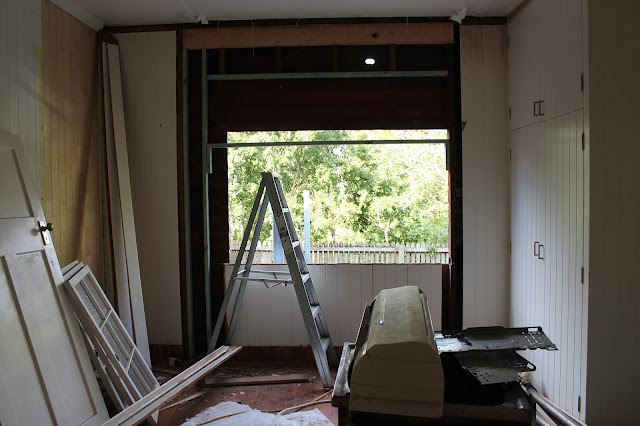 The front bedroom had some window progress as well. The side walls of these two rooms face directly onto the carport, hence the high louvres so we have a view of trees and sky rather than carport guttering. 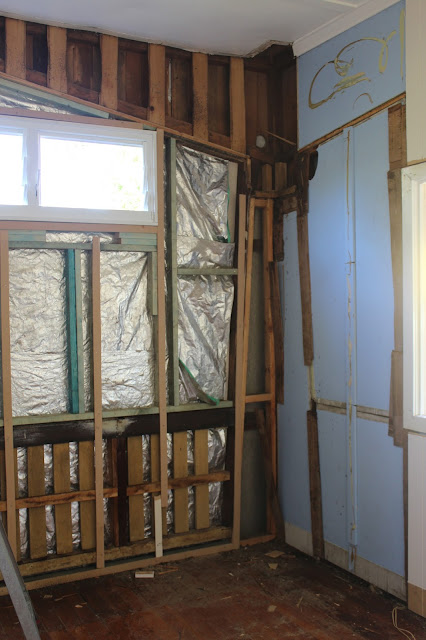 And FINALLY the kitchen window arrived and has been installed. However this window, which has caused problems from the first minute of conception is still causing some drama. Hopefully we can sort it out so we can just sit back and enjoy the view. 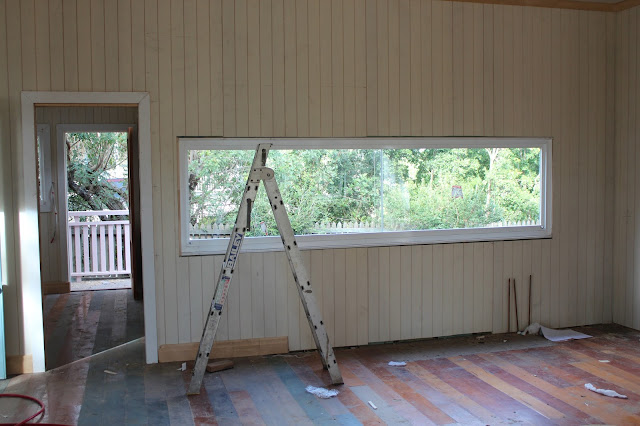 Frosted glass pantry door is in. 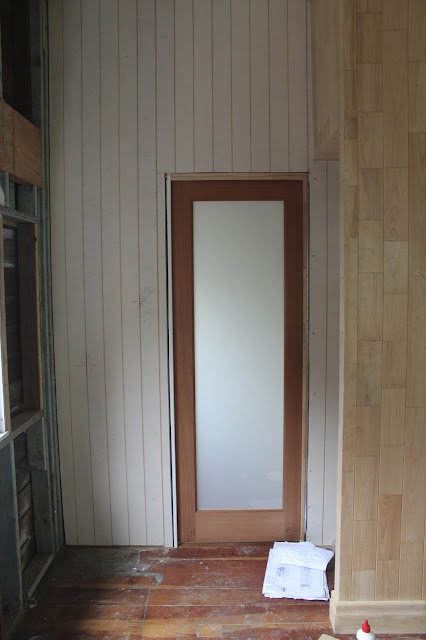 And the battening was completed below the deck. 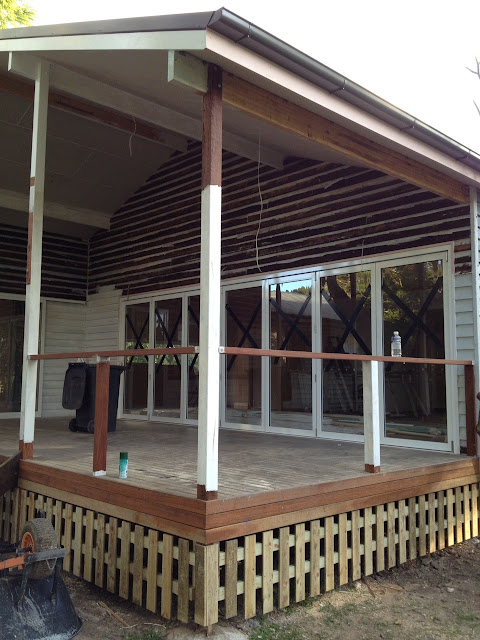 All in all a very productive week. Meanwhile I have been running around like a headless chook trying to choose from a myriad of door hardware options. Handles or knobs? Bells or knockers? Brass, chrome or satin finish? Deadlocks, sliding door locks, window locks, it's endless really. Give me strength.
Posted by Bungalowgirl at 10:01 PM