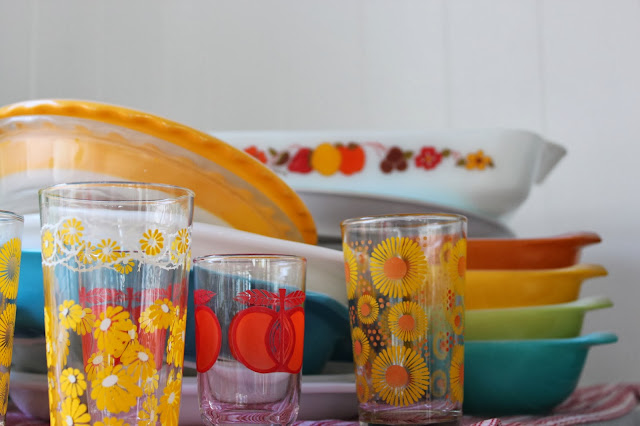 We have been home for three weeks now and finally we have managed to unpack some of those boxes of treasure that have been in storage for the last six months. The house is still somewhat resembling a tip shop with excess furniture lolling around the place but since we hit my stash of vintage glasses and pyrex, I am a happy girl.

Amidst the unpacking, there have also been some more bouts of painting. We made a start on the entry foyer, but it all ground to a halt when we moved home at the exact same time that school holidays started ( this was most definitely not part of our plan). 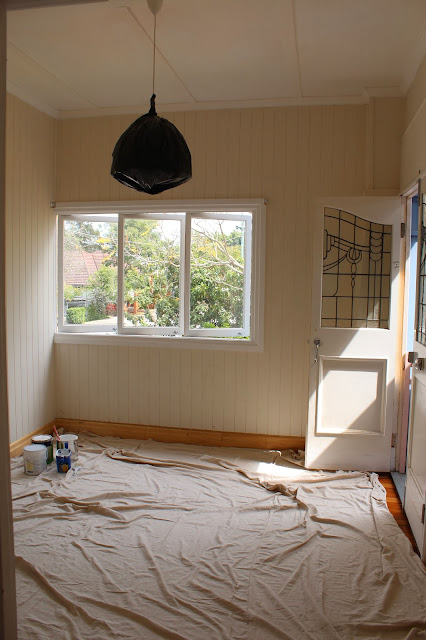 Instead, we spent a bit more time outside and Legoman borrowed our builder's jackhammer and dug out the random 70's slab under our macadamia nut tree. 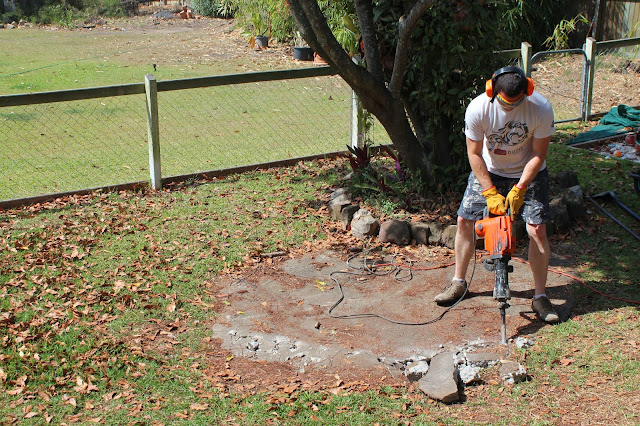 While it was a very handy spot for cracking nuts, it will be much nicer to have grass. He did have some helpers, 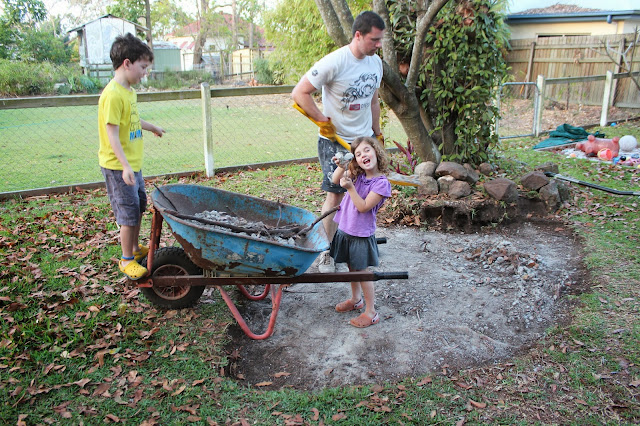 until they discovered my raking pile. 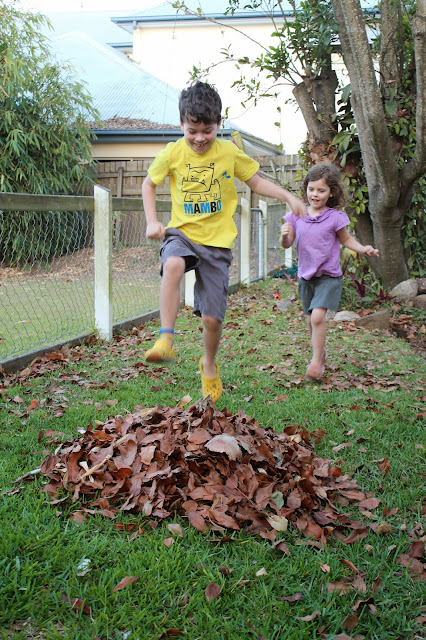 The concreters came back to finish the decorative pattern on the driveway, to match the existing slabs. 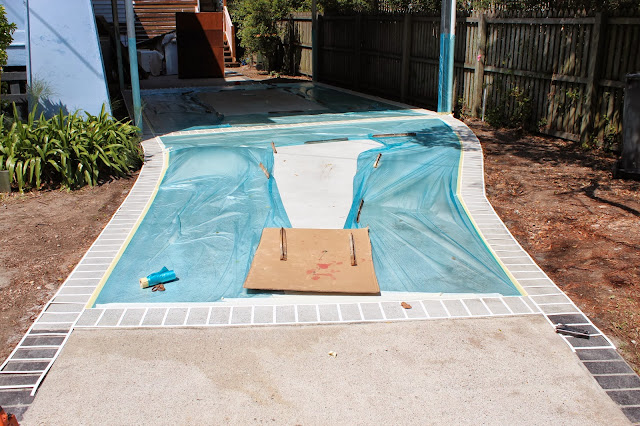 And after much negotiation about which room to tackle next, we made a start on the other smallest room in the house, my sewing room. 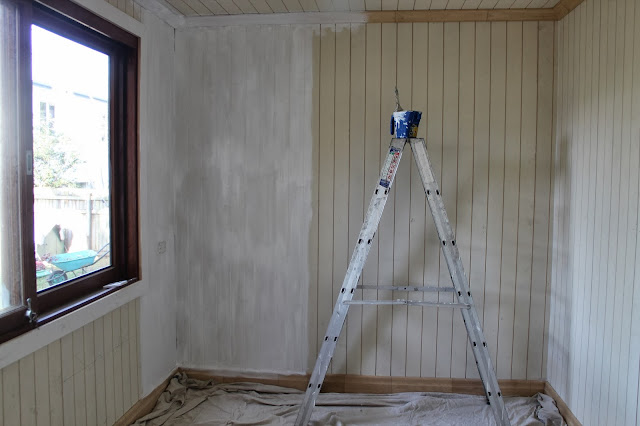 Roboboy was not happy as he wanted his room done next but as it is a massive room and needs lots of preparation, we knew it would not be a fast room to complete. Also we were keen to cover all that new mdf which releases fumes, especially if the house is shut all day. And lastly, I did not want to unpack into unfinished rooms, only to have to pack it all away again to paint. 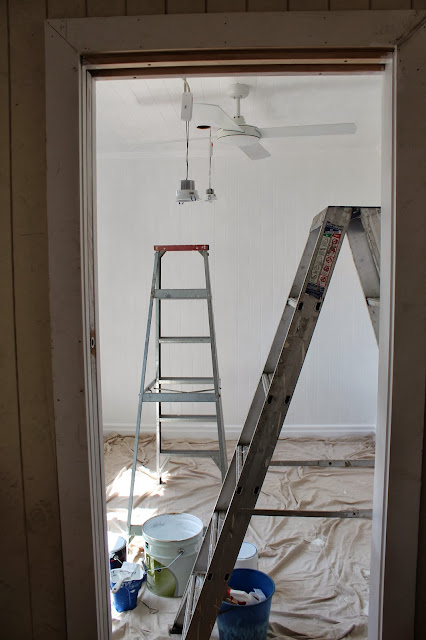 What we didn't realise when we started this room, was that I was shortly going to have minor surgery on my lower leg, which was really going to put a spanner in the works for all our painting plans. However, given that I am the sort of girl who thrives under pressure, I can say that having the deadline of a week to get this room finished, forced us to buck up and get it done.

So while half the house is unpainted, several rooms are half done and the kitchen company has still not finished the kitchen, we do now have TWO completely finished rooms in the house. And one of them is all mine. As soon as I have unpacked my vintage sheet stash, I will be back to share.
Posted by Bungalowgirl at 8:30 PM