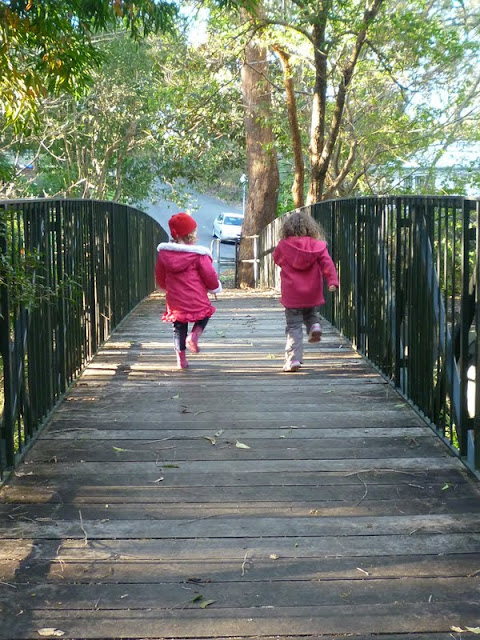 Who's that trip-trapping over MY bridge? Why that would be Liongirl and one of her besties. We rounded up some nerd friends good mates﻿ and went on a Geocaching marathon.  The clue for this location was that we would have to "troll to find this cache". The boys found it almost instantly, tucked under the end of this bridge. And look who we popped back into the cache to continue his adventures. 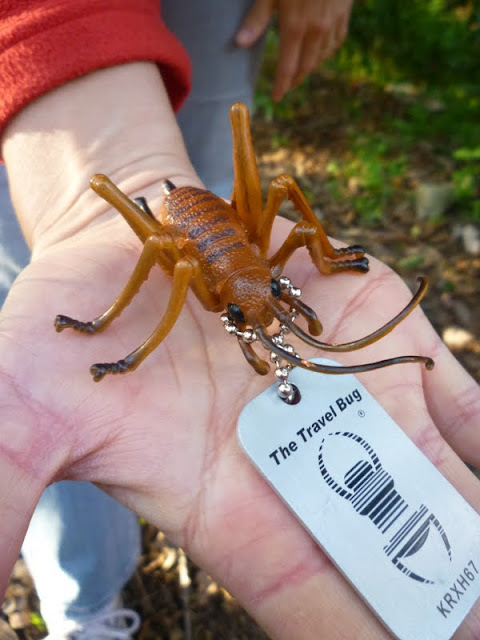 Meet "Travel Bug". Our friends were sitting in a Roadside diner on the way to Toowoomba when they thought they might just check their iphone app and see if there were any caches around. Lo and behold about 2 k's up the road they found a cache containing this bug who had made his way across the world from Texas in the United States. He is now sequestered in a cache under a bridge in Toowong. Apparently you can hop onto Geocaching.com and log all his locations.
Since the energy was running high we decided to push on and see if we could locate a few of the numerous        caches hidden within the sprawling Toowong Cemetery. We had a visual clue of the gorgeous stained glass windows in the Temple of Peace. Roboboy's mate found the tomb almost straight away, but where could the cache be hidden safely? Let me just say that trying to keep a gang of small children from disrespectfully walking over tombstones is no mean feat. 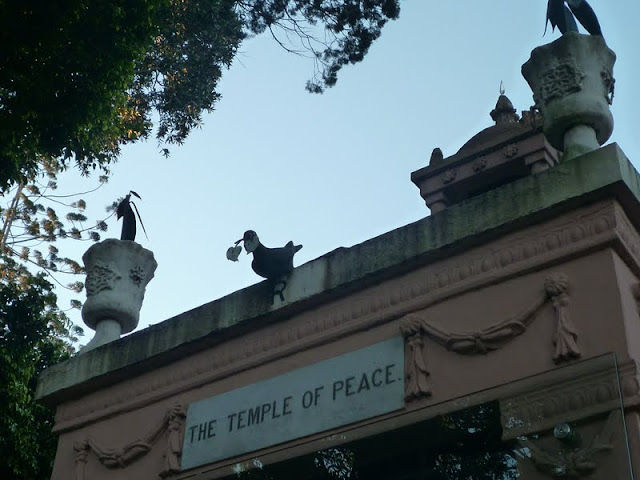 This tomb is a fantastic piece of anti- war propaganda. It was erected by a man who purported to have lost all 4 of his sons in the war. There is even a statue in honour of his dog "Pup" who was also killed. Tucked behind the large structure was a small bunch of faux flowers in a dish. Roboboy was the lucky finder of this cache, hidden in a most ingenious manner. Treasures were pocketed, others replaced in the cache and the logbook completed. If you stumble across "Geo-Legoman" in your caching travels, that would be us. 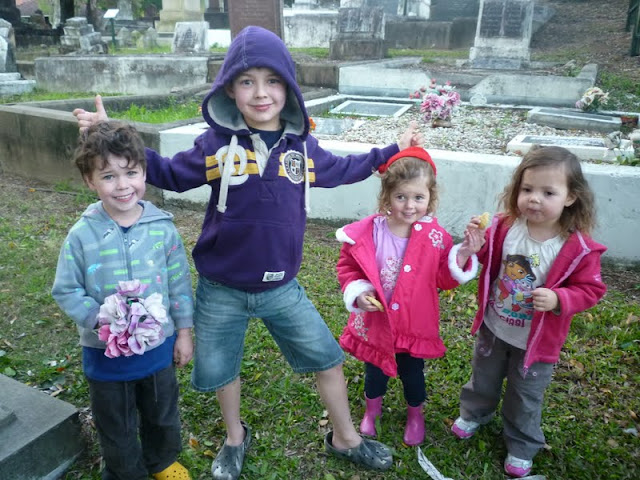 We found two more caches here before arsenic hour hit and it was time to get those toddlers back home. There is something gorgeous about old tombstones in the slow light of dusk. Dedications to long gone " Henriettas" and "Berthas". And some simple ones that just make your chest constrict a little. 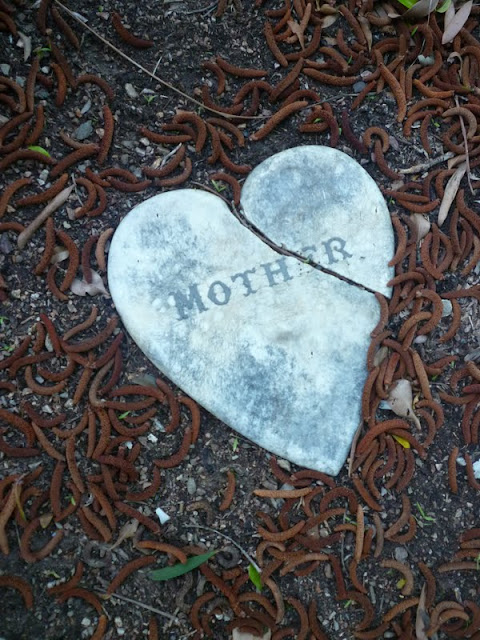 No graves were desecrated in the finding of these caches. We did however replace some cool treasure items with some slightly dodgy bits and bobs from the coin drawer in our car. Comet boy and Magnet girl who had found one of the caches only hours earlier had logged in but not taken anything. Legoman wants to have a dedicated cache stash in the car at all times for fair trade swaps. He is even considering leaving lego bricks at every location. 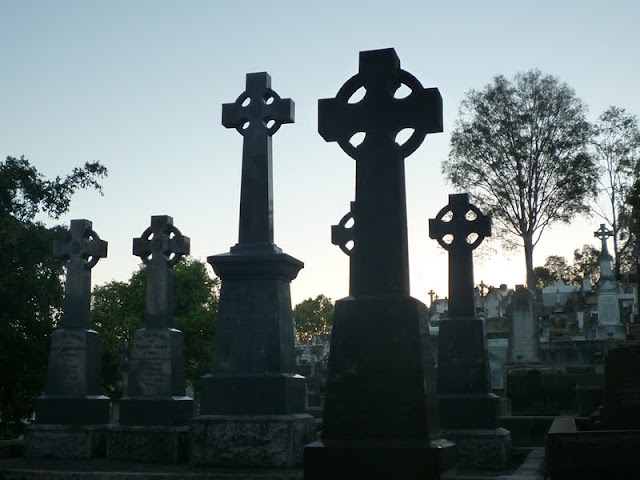 If you have not yet tried Geocaching, and you are part of the huge crowd of people who own an iphone ( that would be the entire universe minus me and a handful of others), give it a go. It's super fun, and very addictive. Legoman and Roboboy even found a cache this morning while waiting for the new tyres to be fitted onto our car.
Posted by Bungalowgirl at 9:26 PM