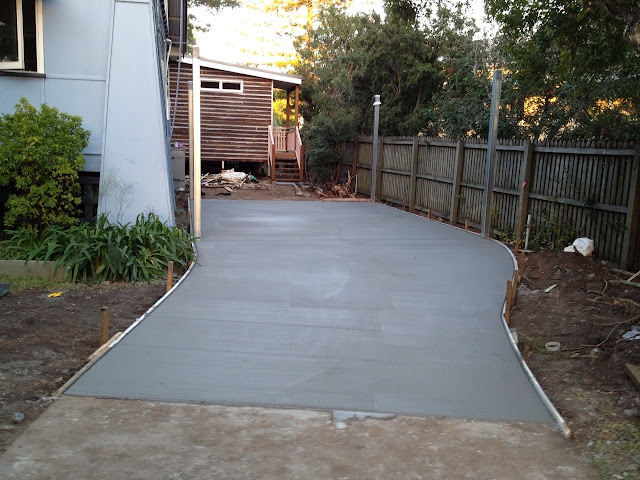 So, here we have a sparkly new slab drying in the sunshine. Unfortunately, it was so quick drying that by the time we arrived home after school and kindy, it was too dry for the kids to pop their handprints into. Before we bought Betsy I would often be driving past and while pausing to turn, would glance up her long, long concrete driveway which usually had kids on it hooning around on scooters and bikes.

At that time, we had no such expanse of kid friendly concrete and I remember thinking how lucky the kids were who lived in that house and how I never realized (before kids) that concrete could actually be such a good thing. Who knew that as a grown woman that I would have driveway envy? Shoe envy, most definitely, but concrete slabs?

Anyway, as concrete is not cheap we kept most of our old driveway and simply replaced and widened the section where the new carport would be going. And that carport is going, going, up. Yes it is. 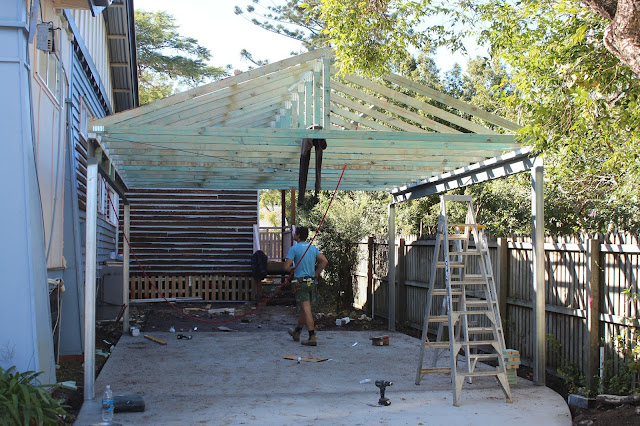 The plan is for it to look something like this. 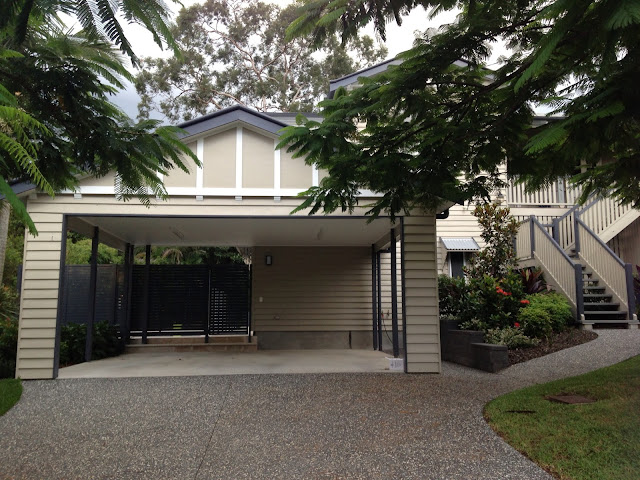 So, with all the gables on the house, it has a feel like this (minus the door). Ours is on the small side for a double but was the best we could do. There were issues with proximity to the house, the fence, the corner of the boundary, talk of firewalls and council relaxations, (blah, blah, blah) so we did what we could and as we have a car and a scooter, it will do just fine. 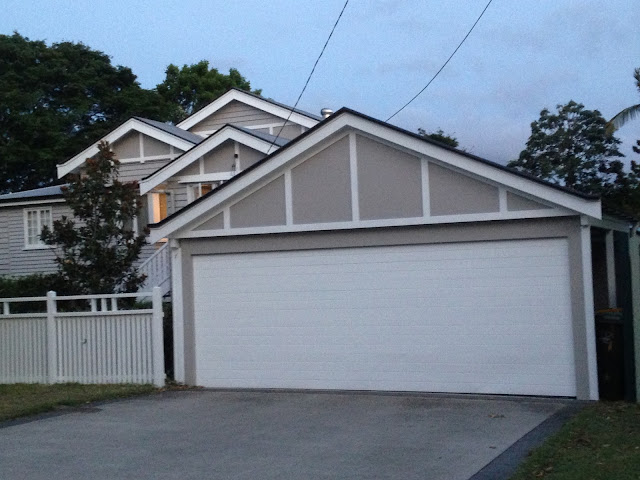 Meanwhile, the builders started in earnest on all the windows for the front half of the house. The louvres were installed into our bedroom. 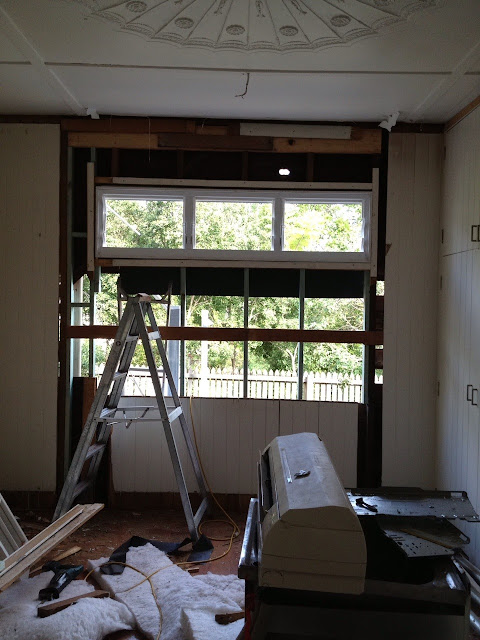 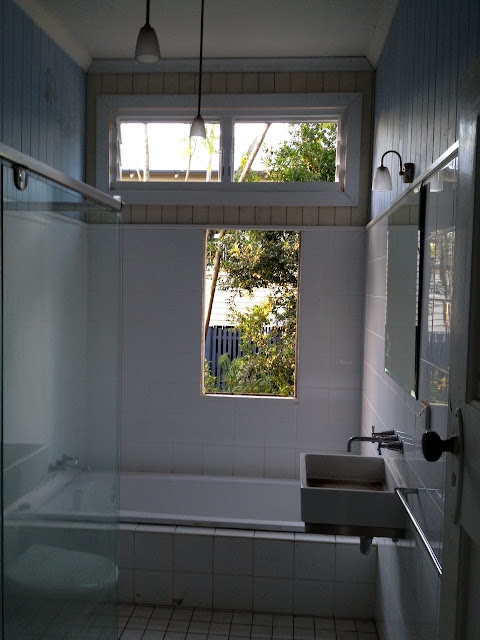 And the front bedroom. My goal was to have these high enough to not be able to see the top of the carport roof. The builders even made a mock up of the deck ridge before we put the windows in to help us work out what height to make the carport. 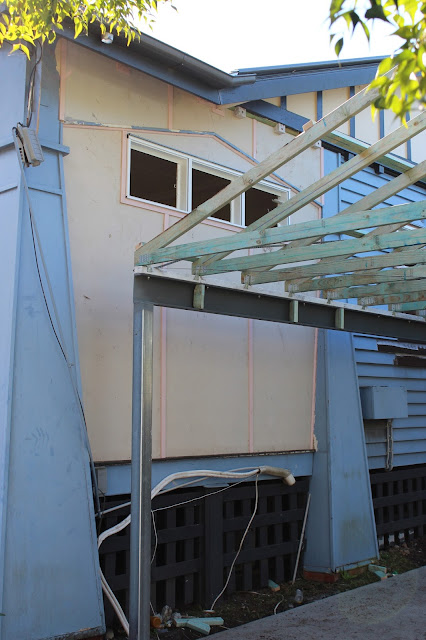 The deck wire rail was installed. 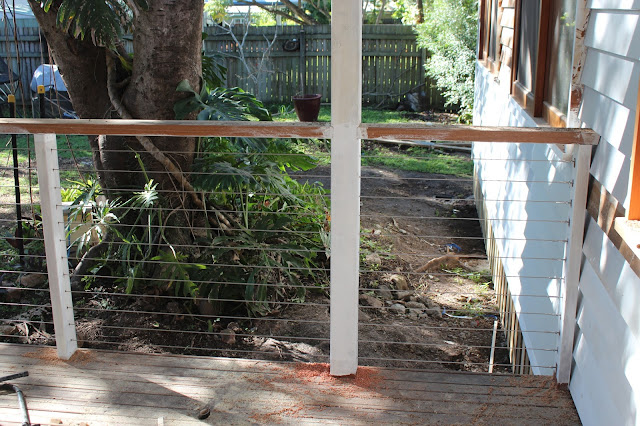 The old skylight hole was patched in the hallway. 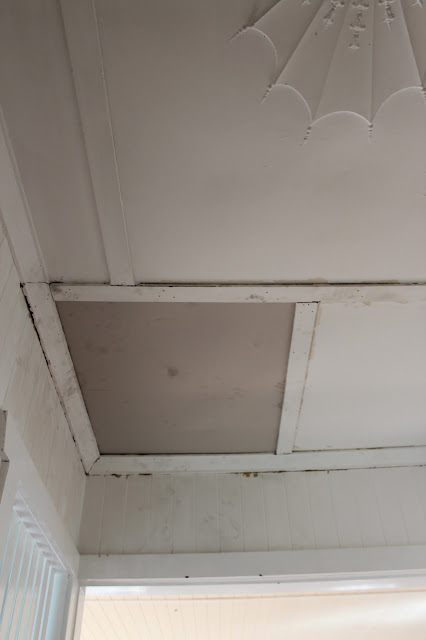 And after much deliberation, we decided to cover over the peekaboo hole between the lounge room and our bedroom. Whilst it did let in lovely morning sunshine, it also provided no privacy, so it was time to go. 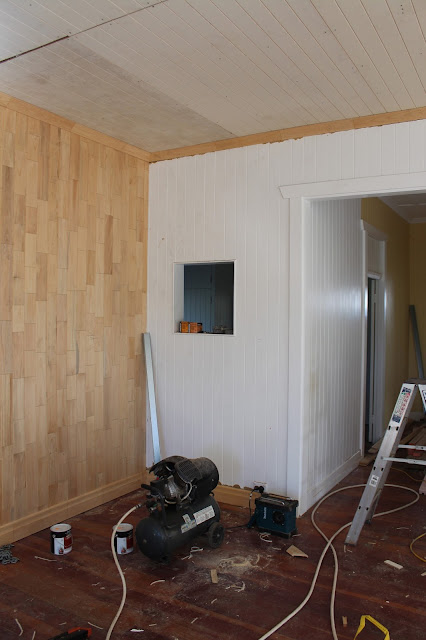 Gone, just like that. Well, sort of. Being the rabid sentimentalist that I am, I couldn't completely remove such a great feature could I? 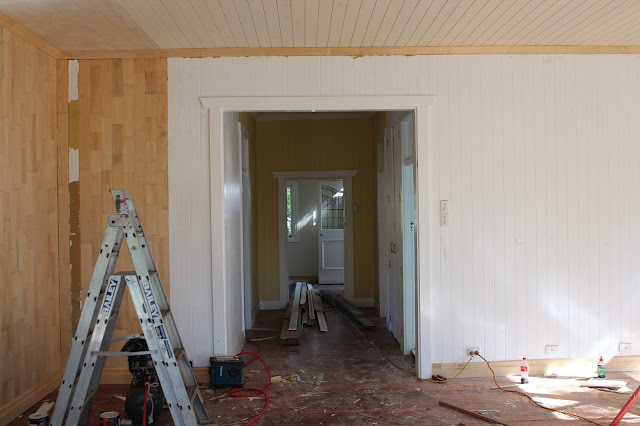 So, we kept the other side facing into our bedroom, and just sheeted over the back. Thank goodness, there is still somewhere to pop my favourite milk glass bits and bobs. 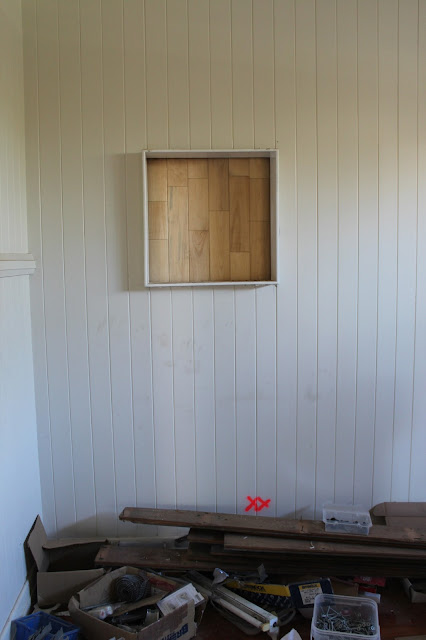 Did you spy something else in that previous pic? Something at the front of the house. Something that looks as though it has always been there. Let me give you a sneak peek. 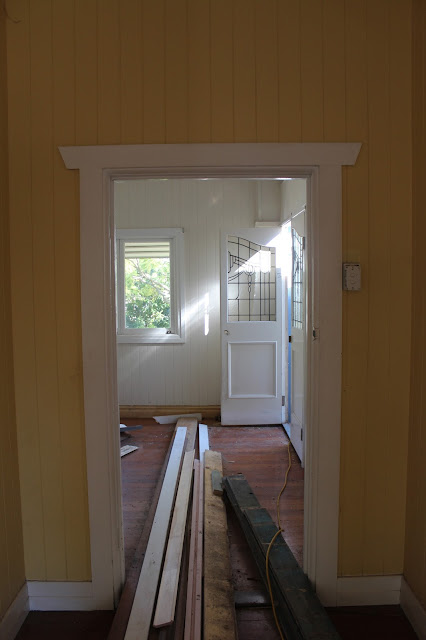 Yep, that is the new front bungalow doors installed. Would you believe they were a little short so the builders just lengthened them with some extra timber? Amazing really, they look like they have always been there.

Meanwhile I have been traipsing all over town looking for door hardware that does not exist. Except occasionally in a clearance bin for unwanted stock. Hence this back door set for $25 from Woodworkers . Brushed chrome hardware in a traditional style is obviously not everybody's cup of tea. The only other problem is that when you are four years old, Woodworkers has a distinctly creepy vibe and Liongirl is convinced there are witches and Big Bad Wolves living inside. Makes for a highly anxiety filled visit. 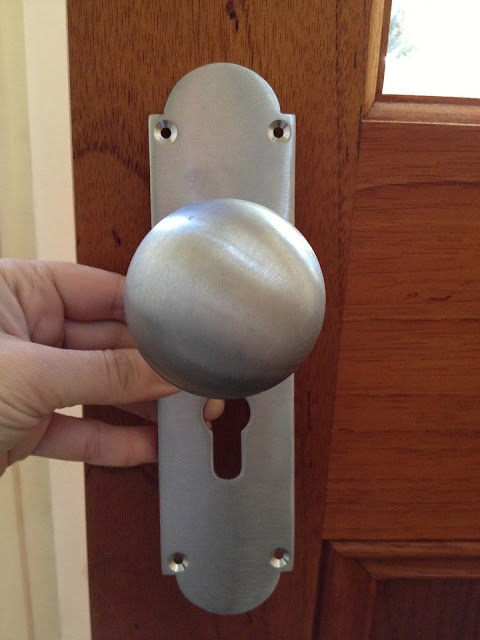 At least these handles were in abundance as we need multiple sets for the multiple sliding doors in the house.  I really like the concealed screws, and I found simple round finger pulls as well at Paddington Hardware. They have a fanastic range and their prices are excellent. 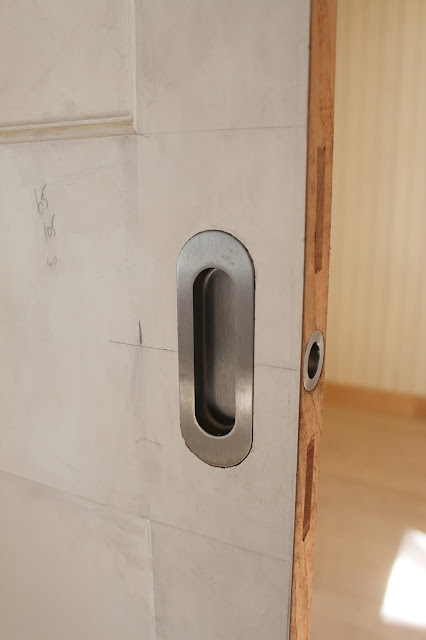 And unlike Woodworkers, Miss Liongirl was relieved to tell me there are NO witches. Back soon with the last few days of major build work completed.

Posted by Bungalowgirl at 10:31 PM