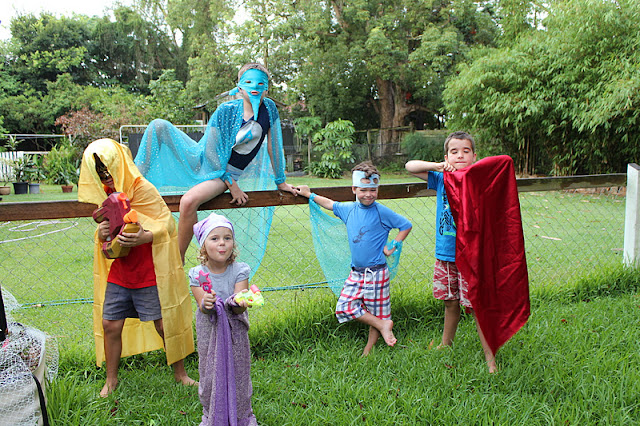 It was a public holiday today, a day off work and school to celebrate the greatness of our wonderful country. Apparently that necessitated  an entire post school afternoon of costume design and production. Actually the whole week involved intense discussions about planning the ultimate water bomb fight, secret codes for signaling the start of the bombing and requirements of action hero costume production for said fight.

I have mentioned before that our street really gets into parties. Last year two local streets combined to celebrate Australia Day with a barbie on the lawn which later degenerated into a waterfight between the Menace brothers and some older kids. So this year, they were planning a revenge assault, covert of course.
My stash of lycra, sequin and satin fabrics was raided, copious safety pins used and look what we knocked together while grieving the fact that holidays were over and school was back. 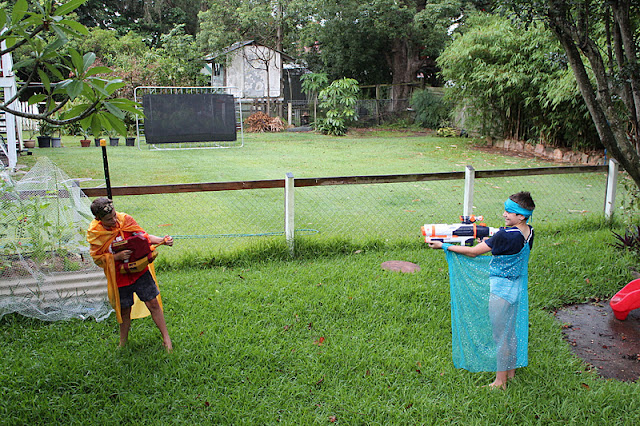 This was the trial run with the water blasting machines. Before we prepared the water bombs. Let me just say that there was no time for photos at the actual party but copious water bombs were dispatched and our old street is the perfect slope for a slip and slide. And not the shop bought kind, the original slip and slide with 3 tarps joined together and a whole bottle of diswashing liquid.  If only I had managed to get that photo of Roboboy skidding down on his knees, cape flying behind him.

I did manage to nab this one though. Can I preface it by mentioning that dirt is really good for the  immune system. 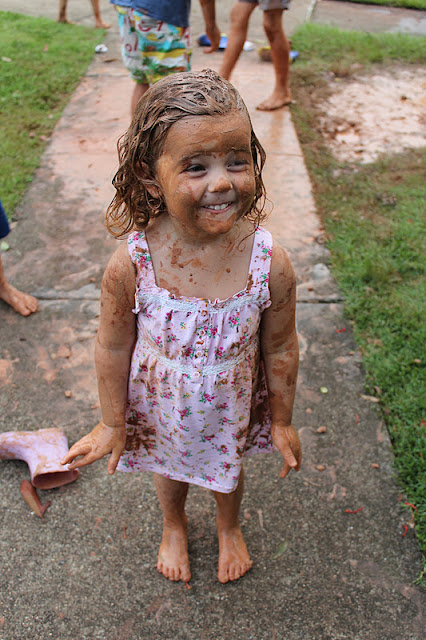 It has been raining a lot here this week. Some areas of Queensland have flooded, again. Many children have been cooped up in new classrooms going slightly crazy. This started out as a simple play in a puddle across the road in gumboots. And then the Menace brothers came home from school. 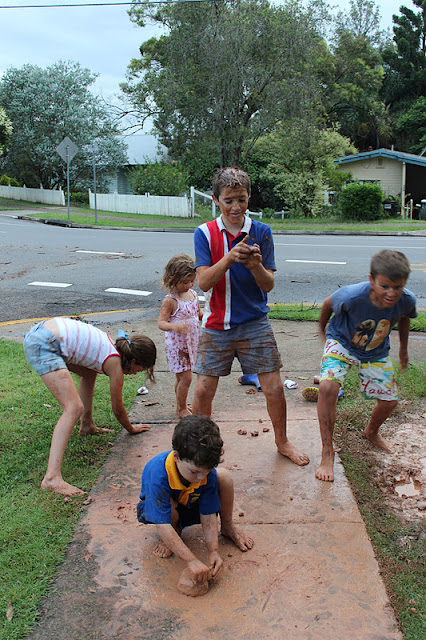 Then all of a sudden there is a mud pit, sliding area, mud pies, gumboots being used as mud carrying vessels and mud body paint. All over. I suspect the Menace brother's mother was wishing she had chosen after school sports that day. Or perhaps even that we had not moved in 18 months ago. 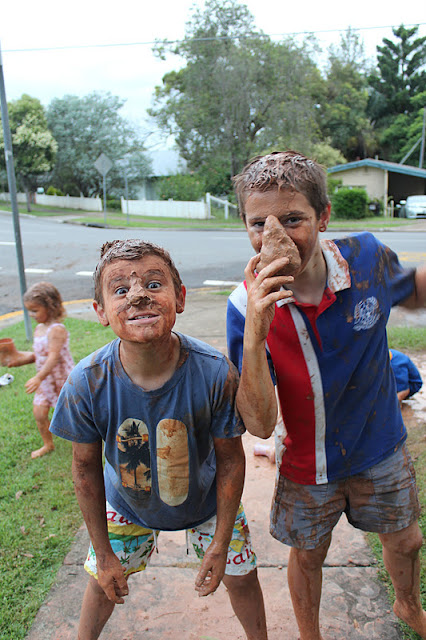 Me, I'm just hoping all that mud washes out of that brand new school uniform. The socks unfortunately could not be salvaged. But the memories........ priceless.

Posted by Bungalowgirl at 10:43 PM