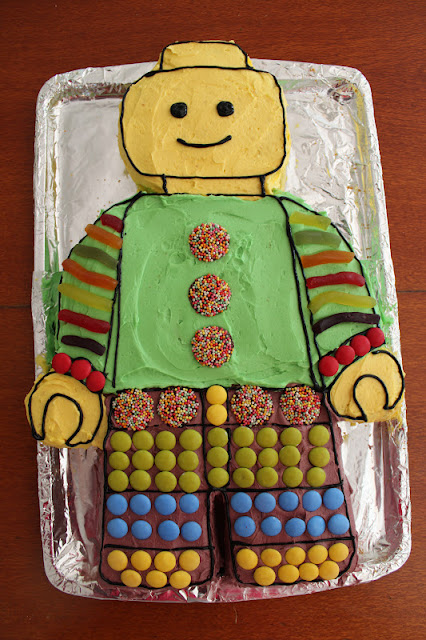 Well, my little Roboboy turned 6 last week and on the weekend we had THE birthday party. The only requirements were a few school mates, waterbombs and a lego man cake. Needless to say the gang of little six year old boys that took over our house had a great time and we are still picking thousands of burst water balloons out of our lawn.

What do you think of my lego dude? He ended up a little bit retro, mainly after a small food colouring issue where all attempts at red turned out pink and was salvaged into a dusky purple for his corduroy pants complete with Freckle belt and stripy snake sleeves. (Freckles are a MUST on birthday cakes, I think they have worked they way into nearly every cake I have designed). For a retrospective of Roboboy's cakes, pop over here. 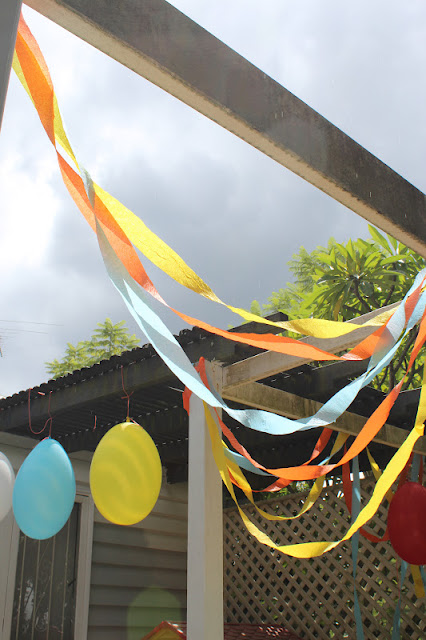 There was minimal styling at this party, some bright colours, big balloons and a little bit of home made lego bling. Roboboy painted the legoman in order to play "pin the party hat on the legoman" and we made some potato stamp legoman heads which he individully stamped with yellow paint and then glued on some party boxes and then wrote each child's name on for the take home treats. They all got a lego minifigure and a few lollies and a glowstick. Best thing was that he did most of the work for me. Easy peasy. The lego art carousel was a birthday present, spins on its base and has spots for lego erasers, crayons, felt pens and pencils as well as a pencil sharpener legoman head. ( on sale in BigW for $15 quite recently if anyone is looking). 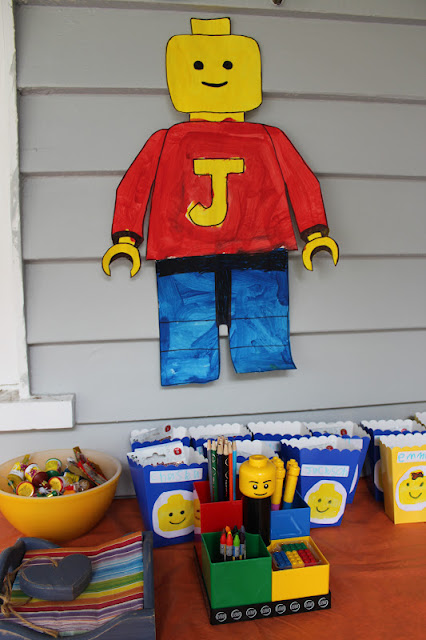 Incidentally, what do you think of the grey wall behind? I have been testing more external colours for Betsy and am quite liking this one. About to go and get a big tin of exterior gloss and slap it all over the back wall of the house so I can step back and survey it on a large scale and make sure I still like it. 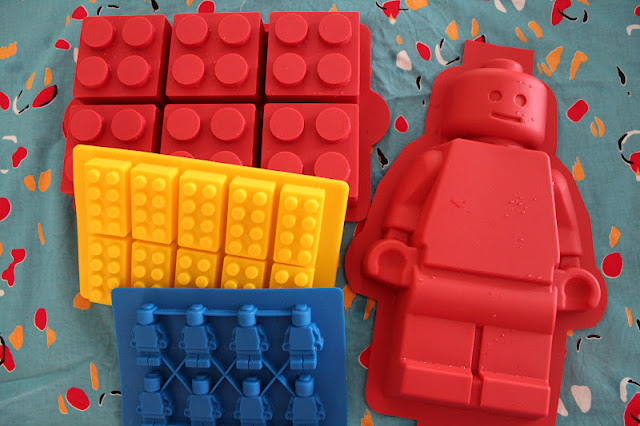 Look what a mum from swimming was kind enough to lend me, her complete lego silicone stash which she had not even used yet.( I think she found them on ebay). I didn't use the legoman mould as it was too small and I had my own ideas already but I did make some of the bricks and minifigures in white chocolate which looked very cool. Had a few saved for a photo but the real Legoman of the house found the stash and gobbled them all. 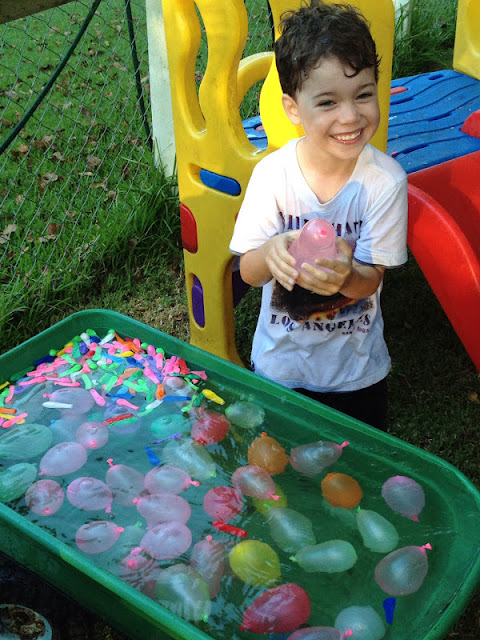 The highlight of the day though was the joy on this boy's face as he played with all his mates and they threw these all over each other. Happy birthday my gorgeous boy with the wobbly tooth. Back soon to show you the birthday present that keeps on giving, a curbside find update and how to keep little girls amused at a big boy birthday party.


Posted by Bungalowgirl at 9:36 PM