A busy couple of weeks 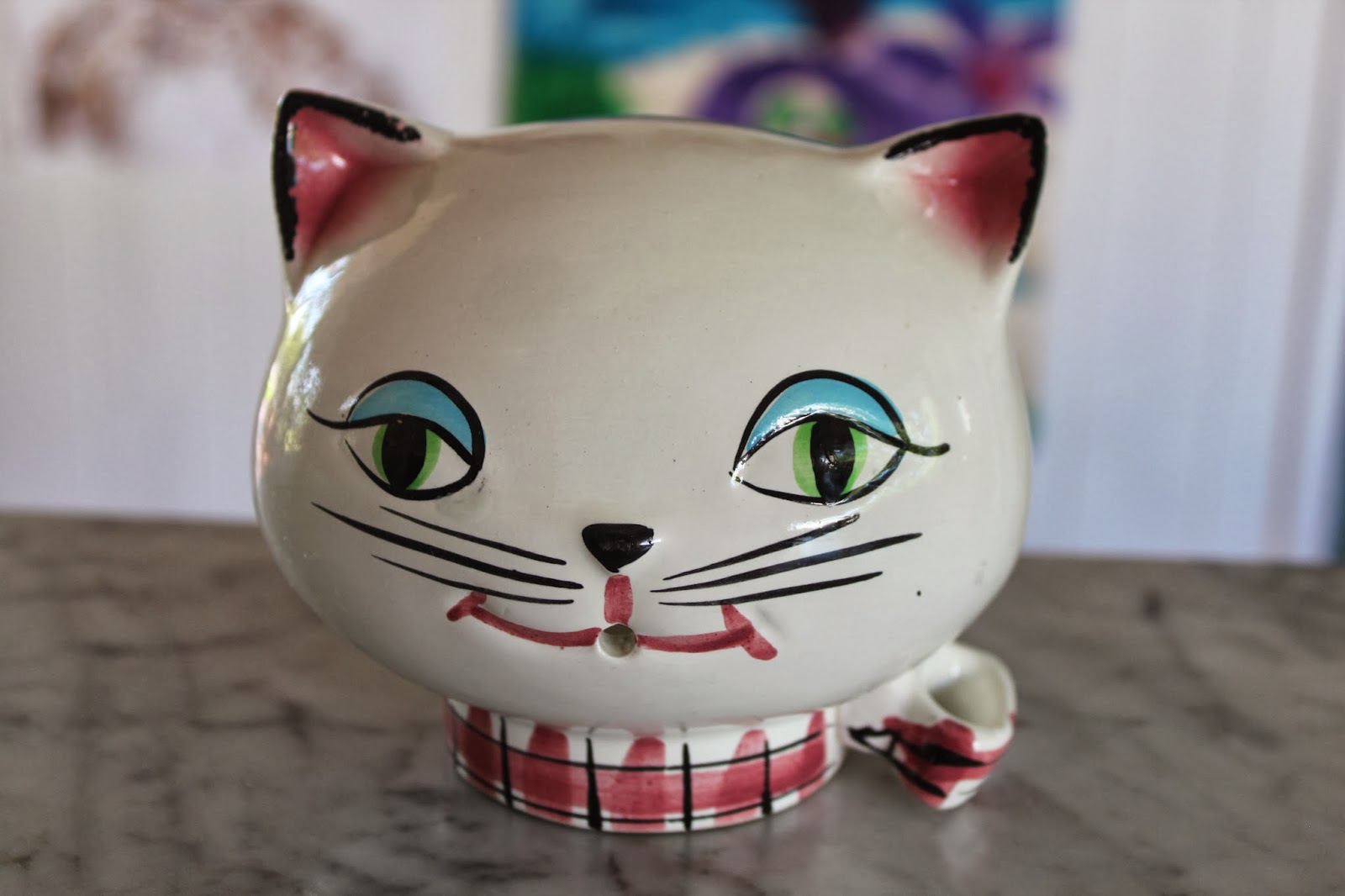 Finally, some time to scratch up a blog post. The last few weeks have been chaotic and very full. Largely in part as I had a birthday and by some stretch of luck the celebratory hoo-ha appears to have stretched on for a good fortnight or so.

Firstly, a few lovely gifts that came my way. This little cat came all the way from across the seas to live at our place. Anyone guess what he is for? I found one just like this a few months back at a second hand fair, haggled a bit, kept looking, came back to buy it and while chatting to my friend and waiting to be served, saw him snaffled up before my eyes by someone else. The horror! So, I was very happy to see the return of the one that got away. 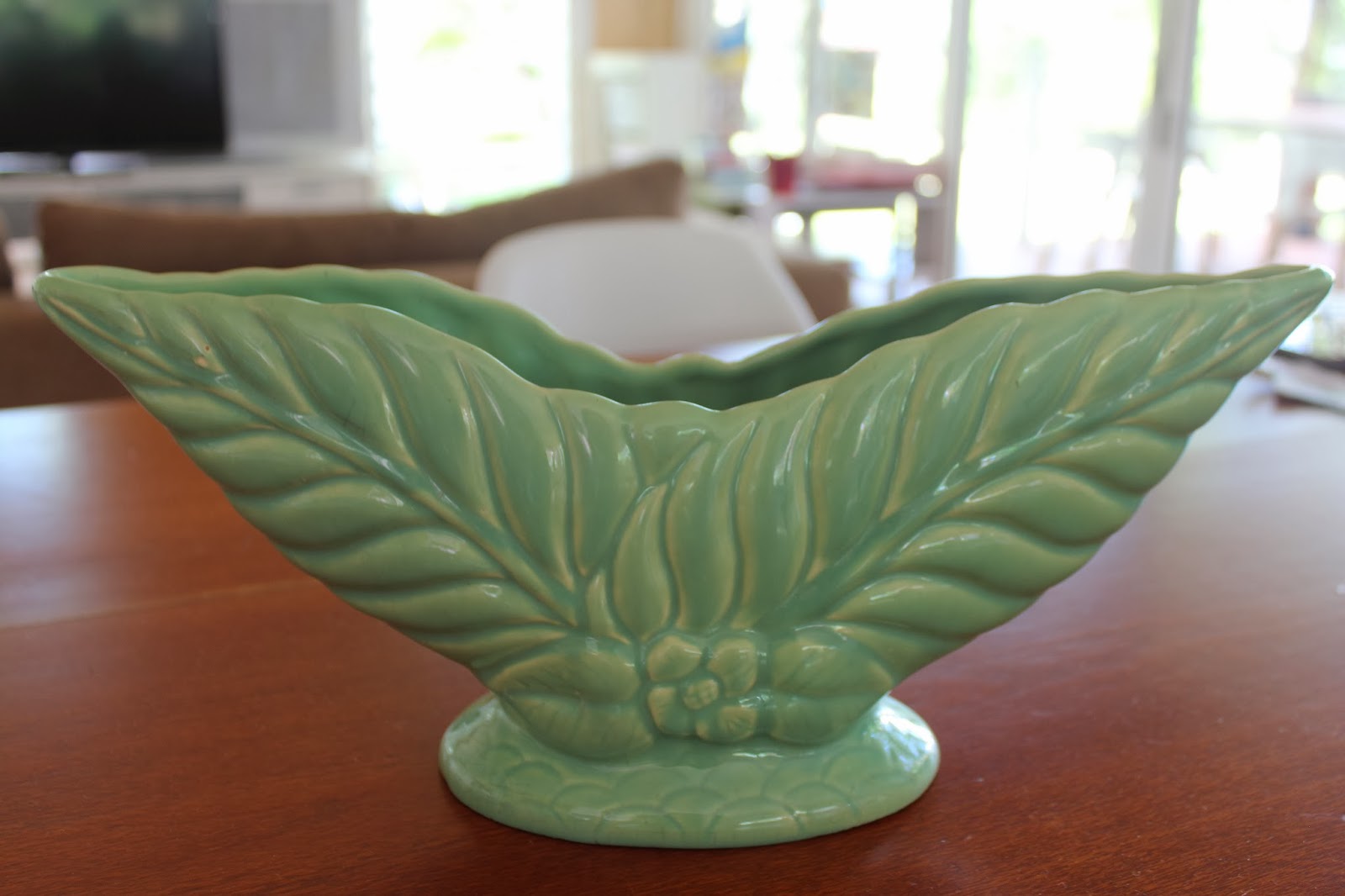 This vase which is fantastic for people like me with allergies as it looks glorious even without any flowers. And would you believe this massive milk glass jug that my stepmother ferreted out of her cupboards for me? She was given this by her Aunty Betty years ago, thought it was pretty ugly and stashed it in a cupboard for a few decades. Having seen my collection she knew where it belonged. It is massive and I have never seen another one like it. Happy days. The funniest thing is while I think this is the best possible present, she felt terrible regifting this jug she has never liked and  so bought me another present as well! 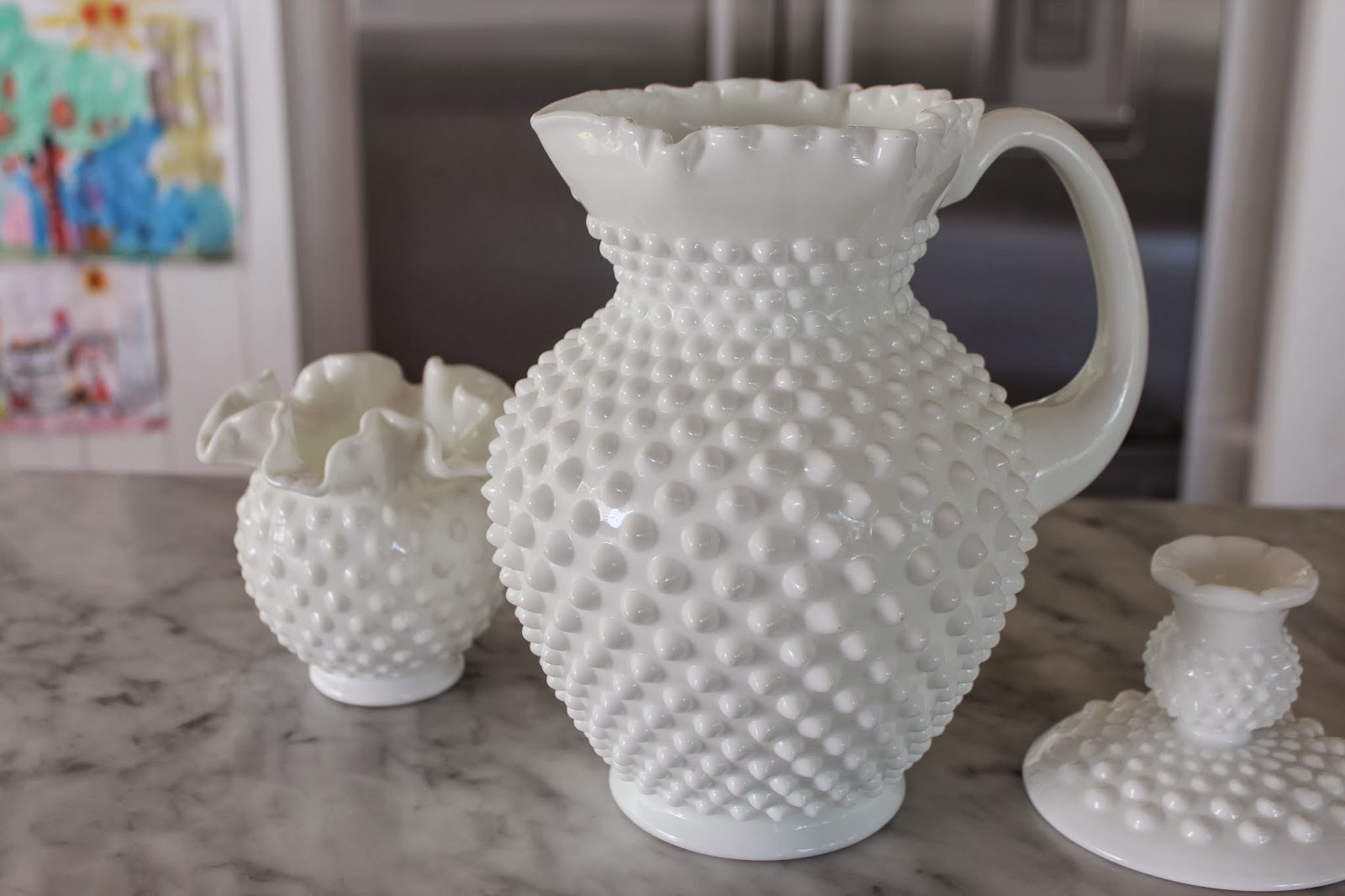 We have of course all been watching The Block every night, hence Liongirl's need to build her own "Block" with her crusts. 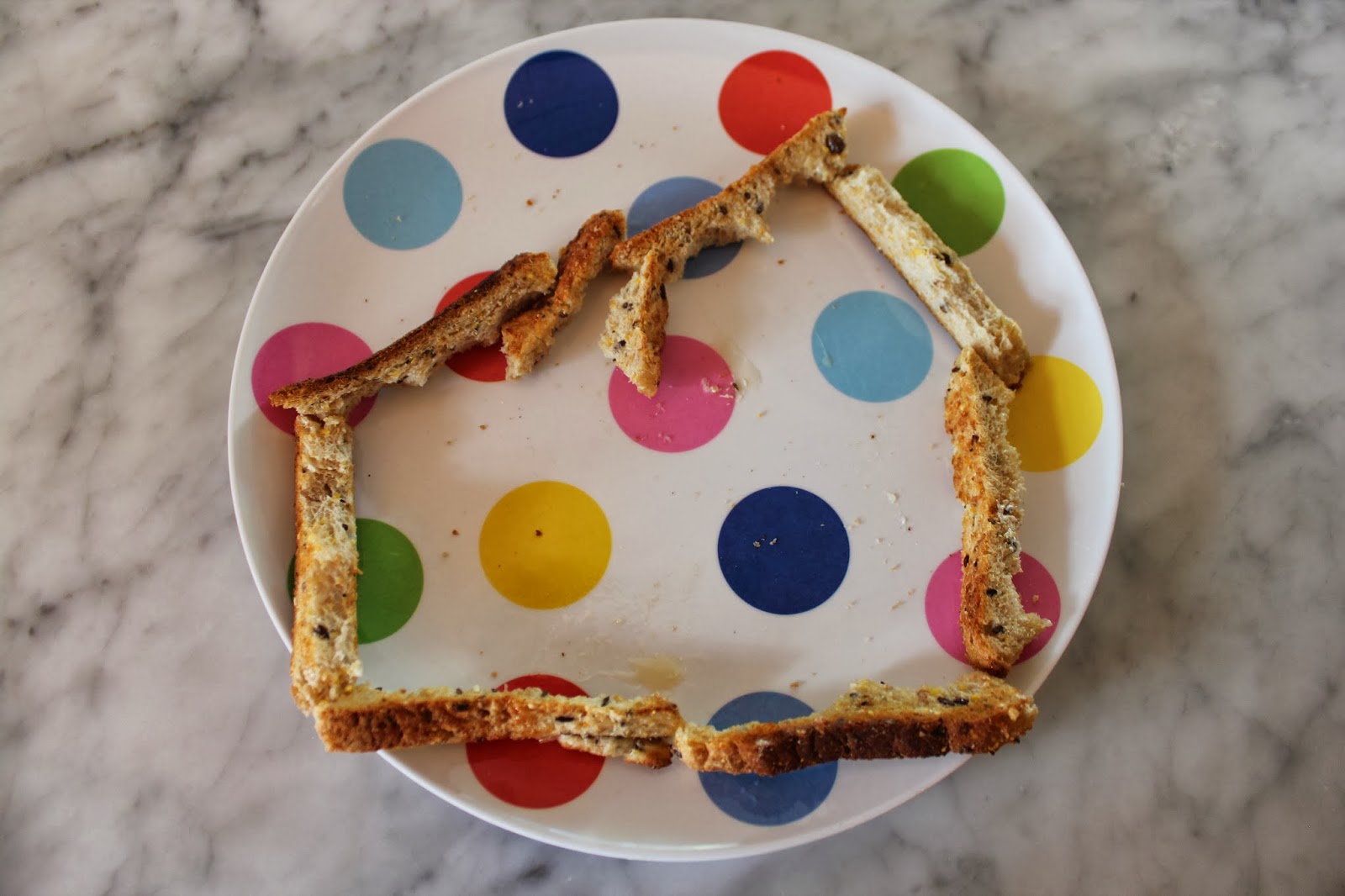 We received some gorgeous parcels from some bloggy pen friends in far away places , 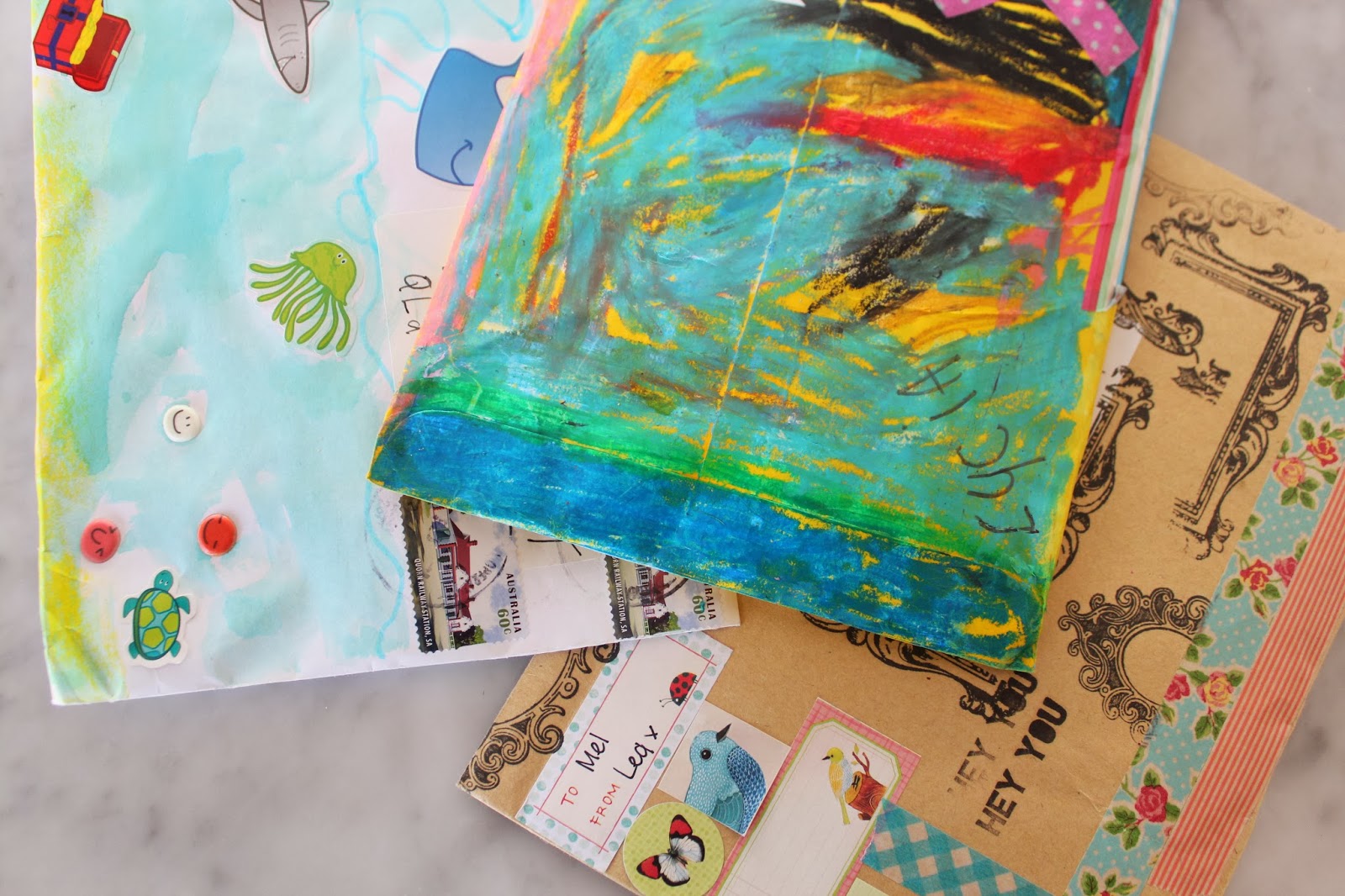 and after initial enthusiasm and then some rampart disorganisation, we finally returned the goodies. (Lea yours is still coming!) 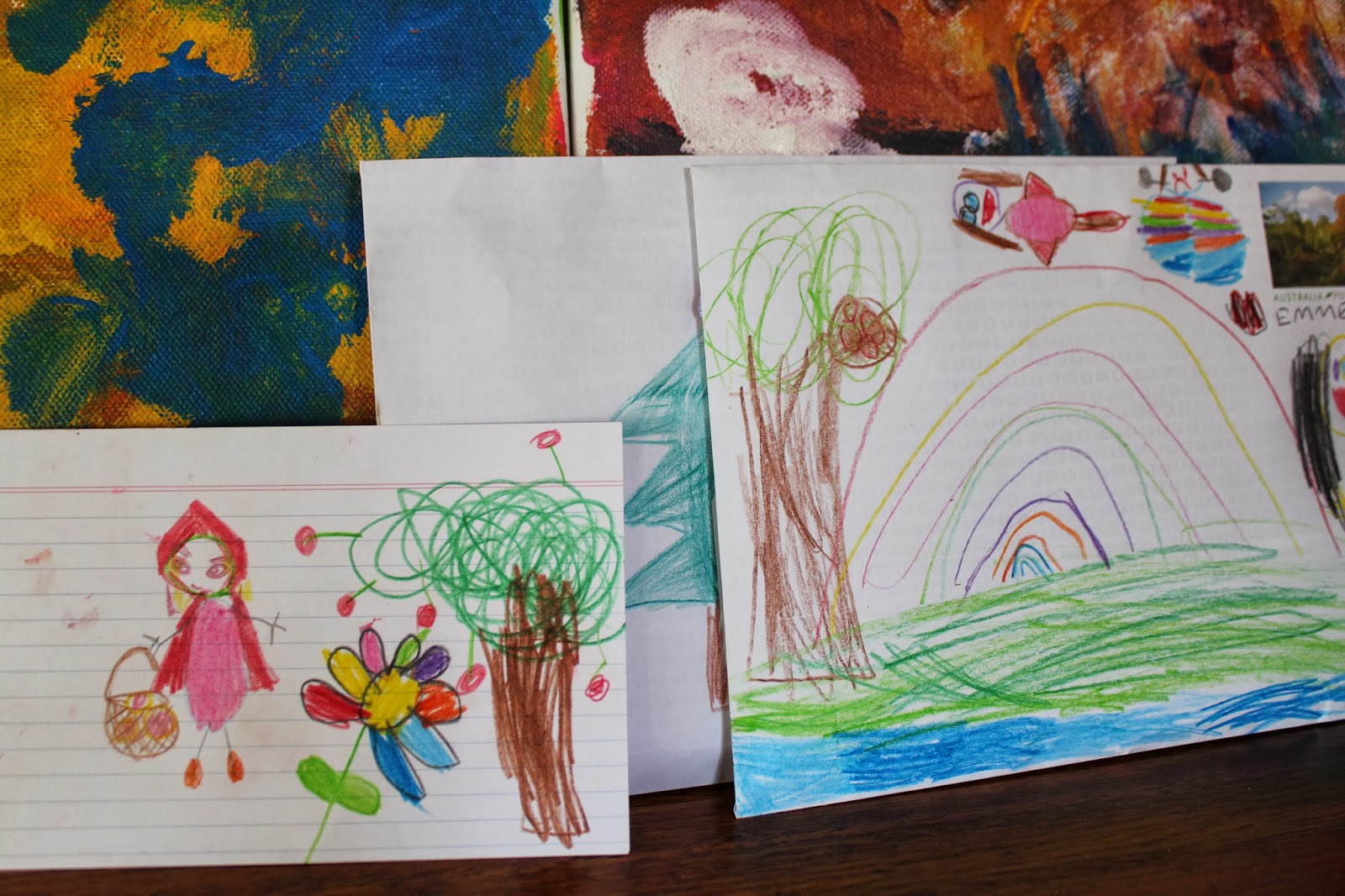 There have been vintage Fisher price family holidays, 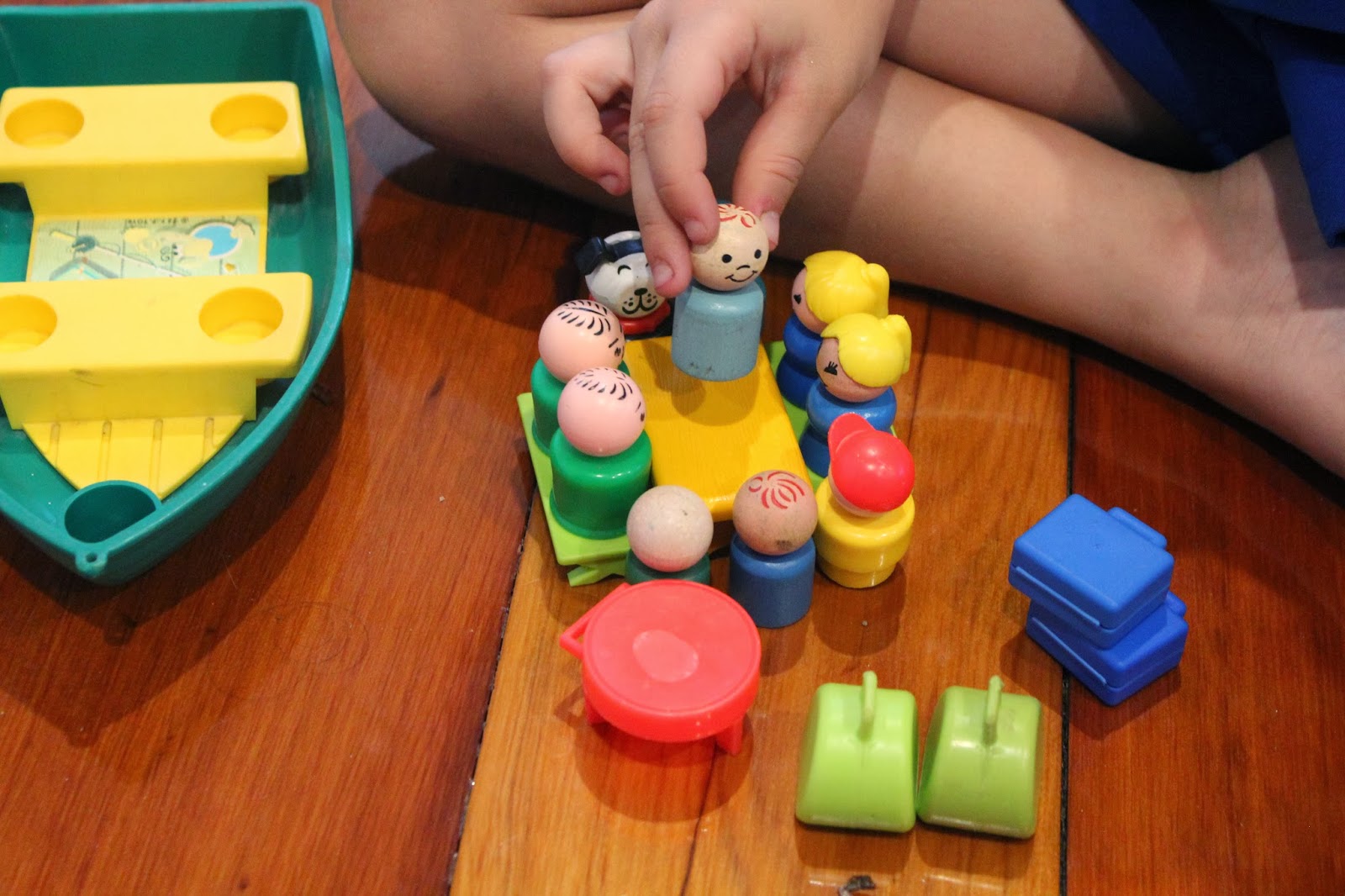 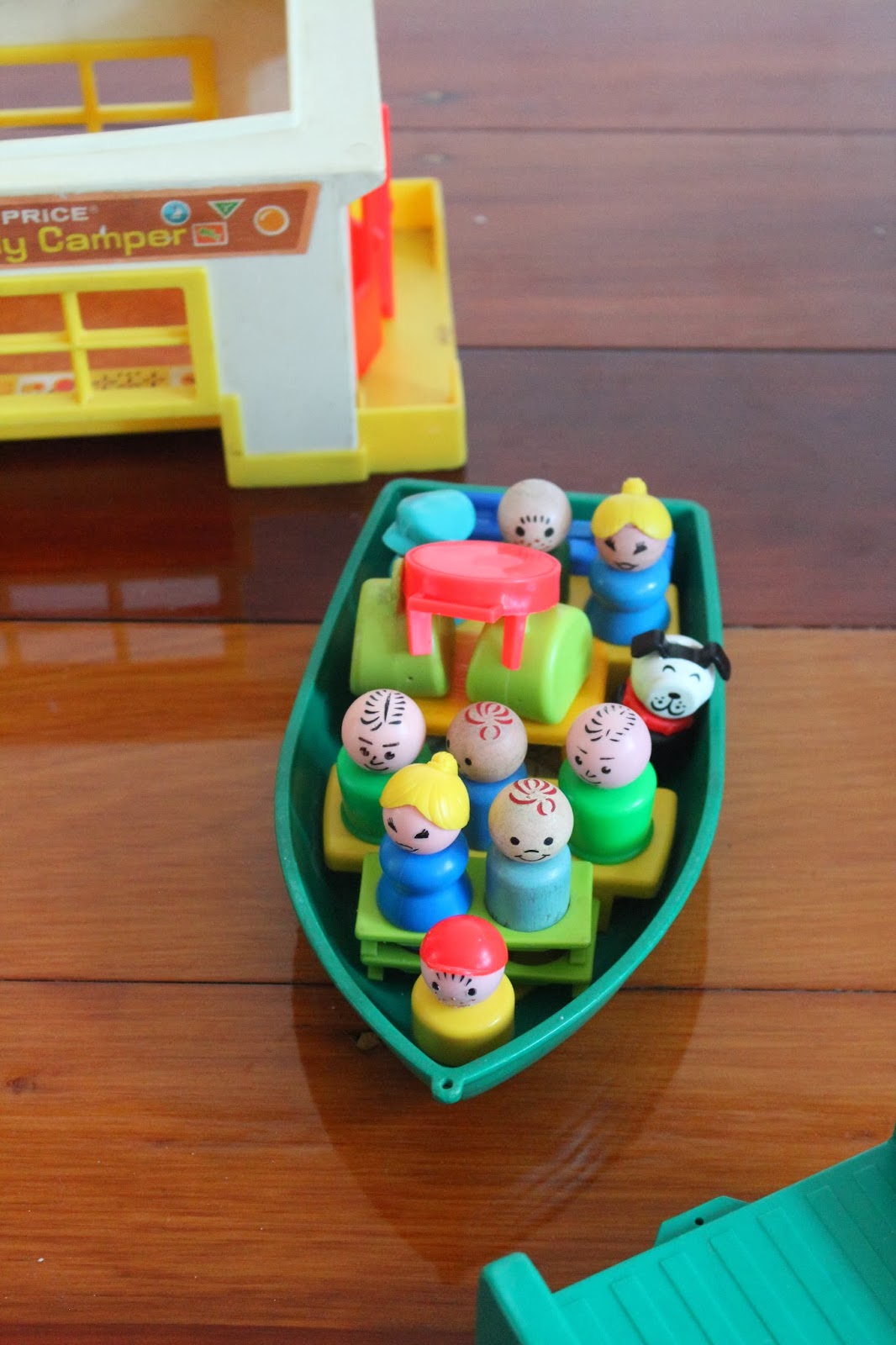 a birthday cake picnic for me, 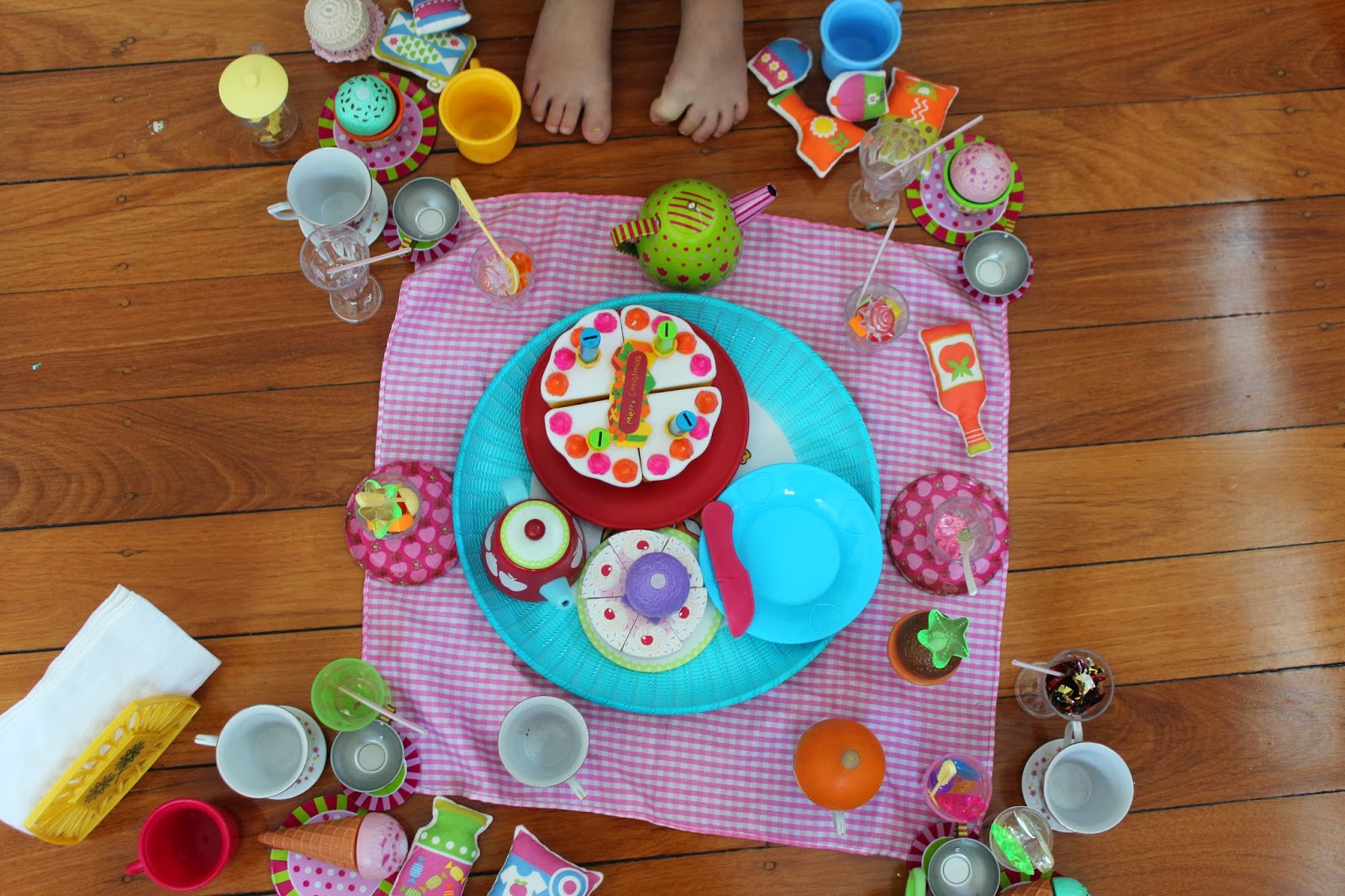 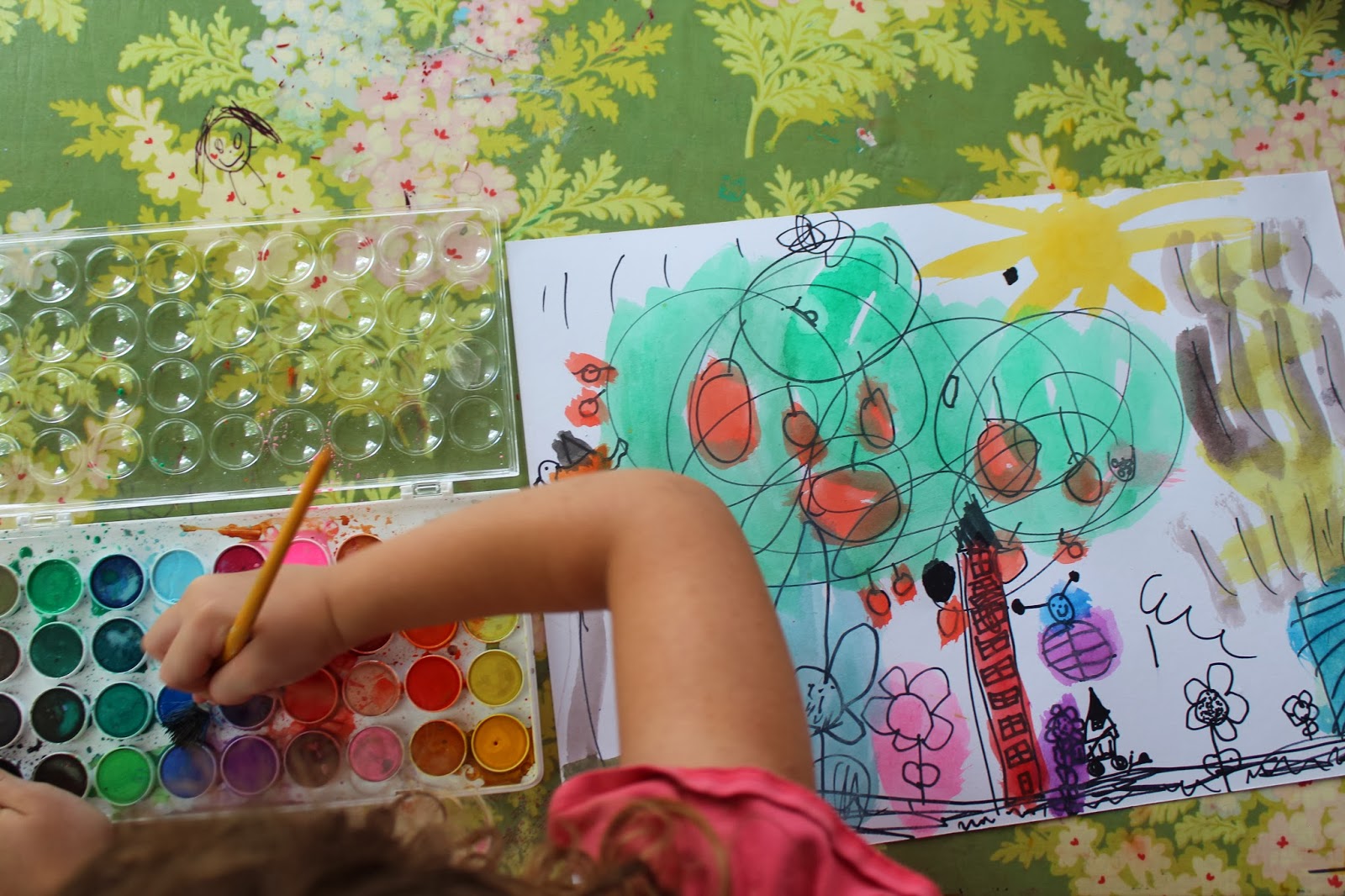 making discoveries within the depths of all those workbooks brought home at the end of last year, 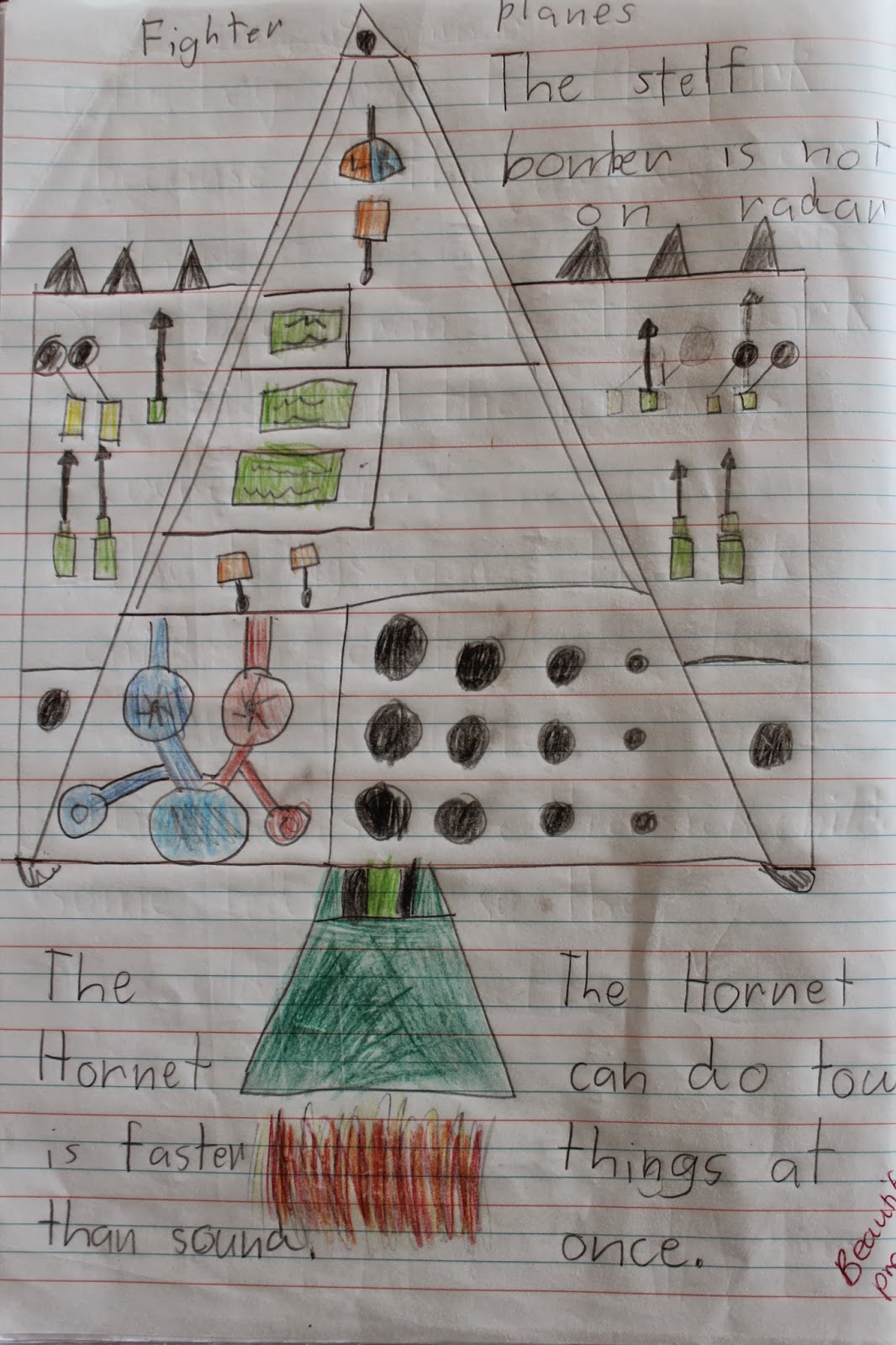 and even more startling finds uncovered from the depths of school bags. This one fills me with equal parts pride (that he wanted to run for school council and did this all completely by himself) and our usual parental concerns that the force is strong in this one and we really need to make sure he never crosses to the dark side. (Is it only me envisaging Dr Evil's voice "under my control there would be absolutely nooooo problems...."? ) Luckily, he was non plussed about losing to one of his mates. 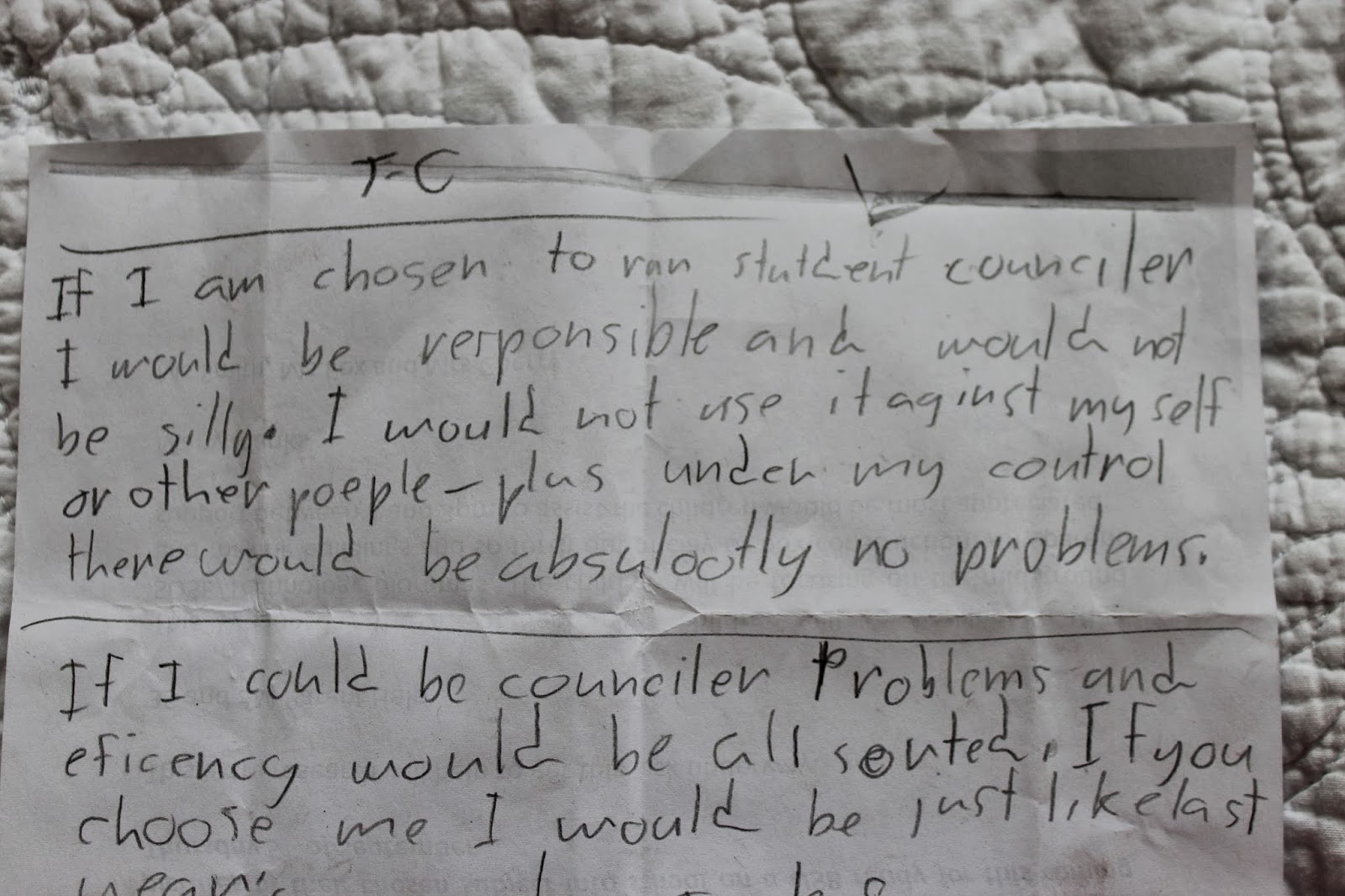 The kitchen art wall  expands daily (unlike the painting of said walls which remain firmly back at the undercoat stage), 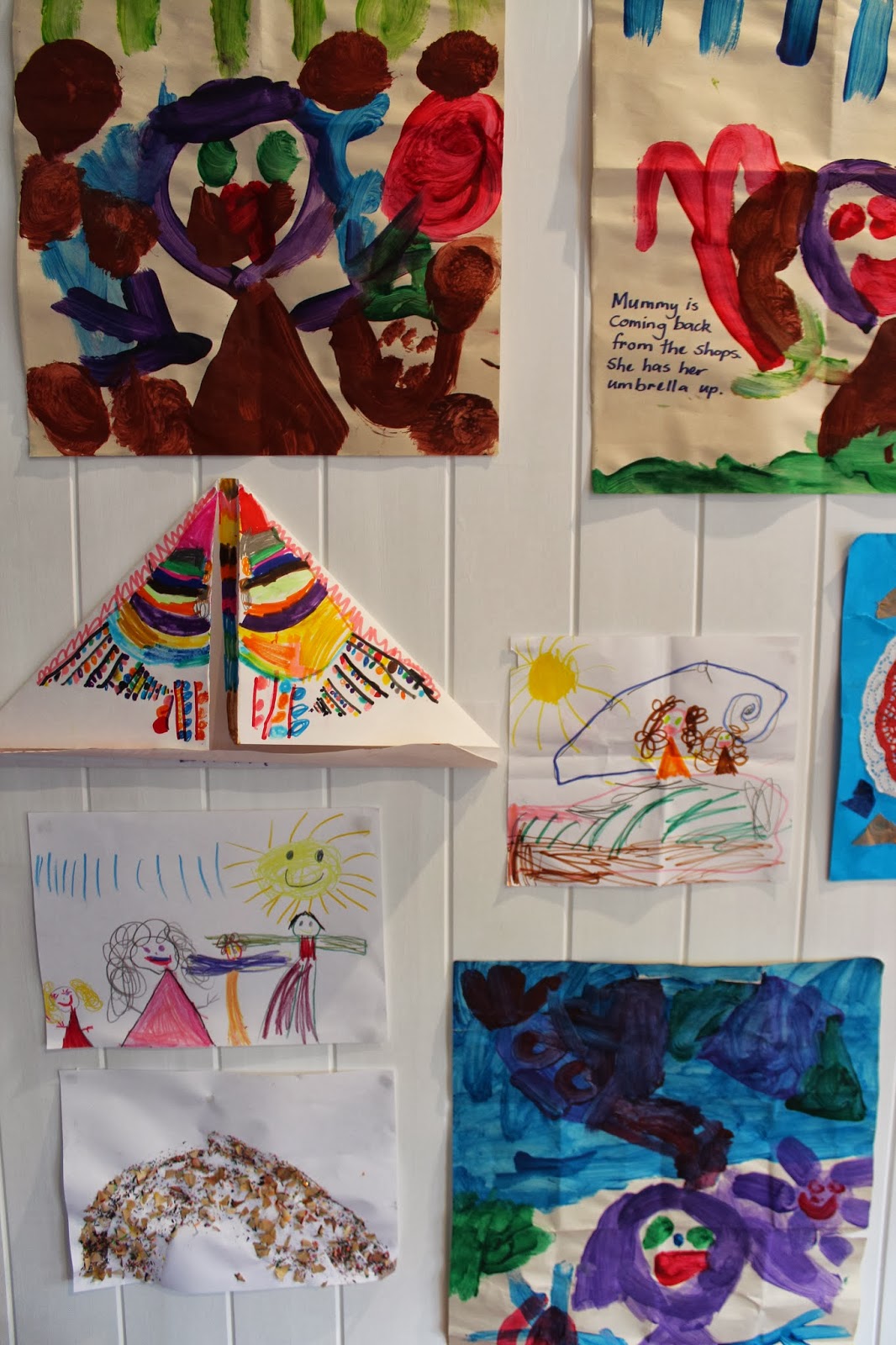 This hat came home the first week of prep. 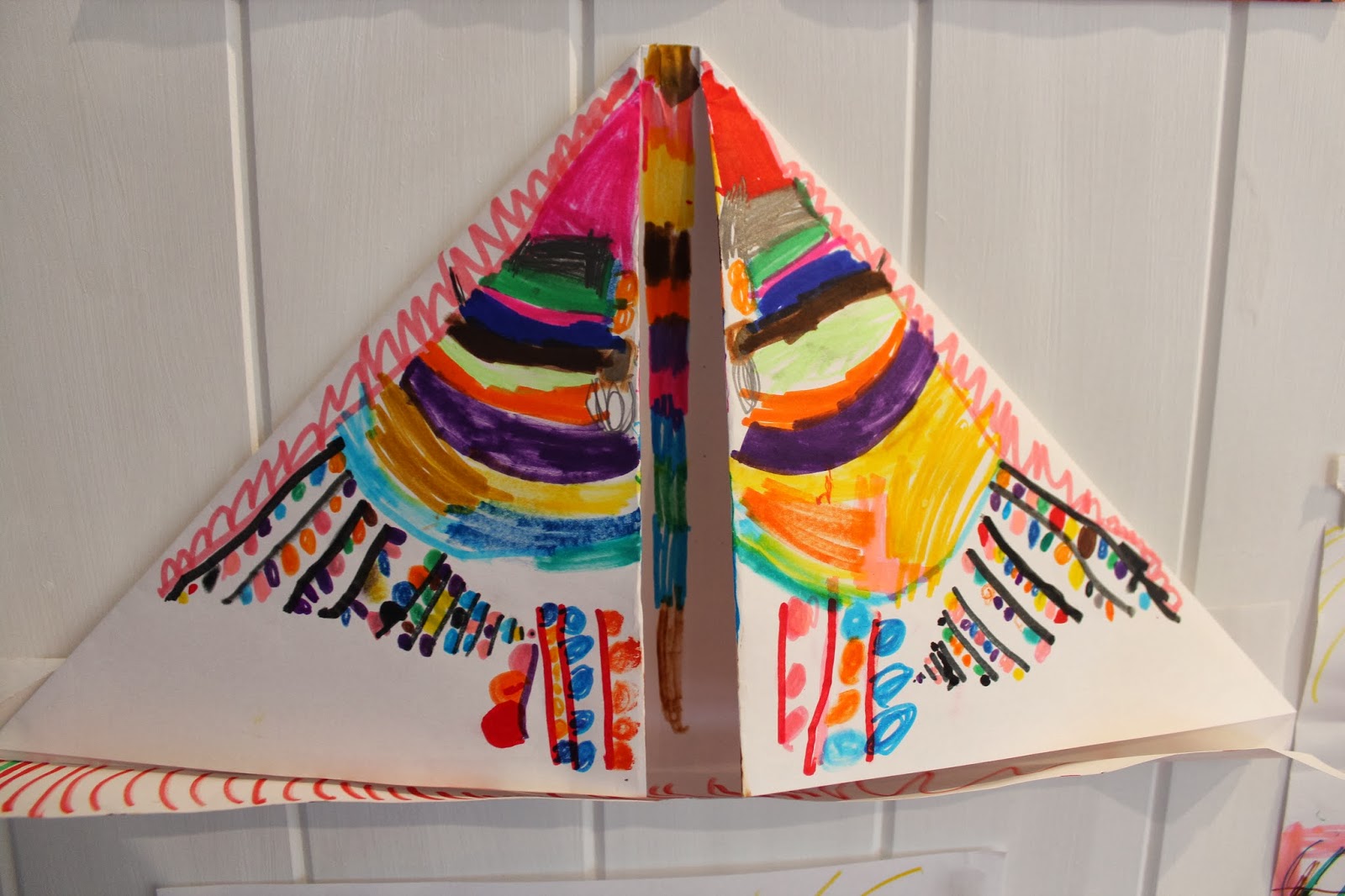 First she delighted in sharpening EVERY pencil in the pack, then had the brilliant idea to empty out ALL the shavings ( Noooooooooo) and then glue them down into a rainbow. (Phew). 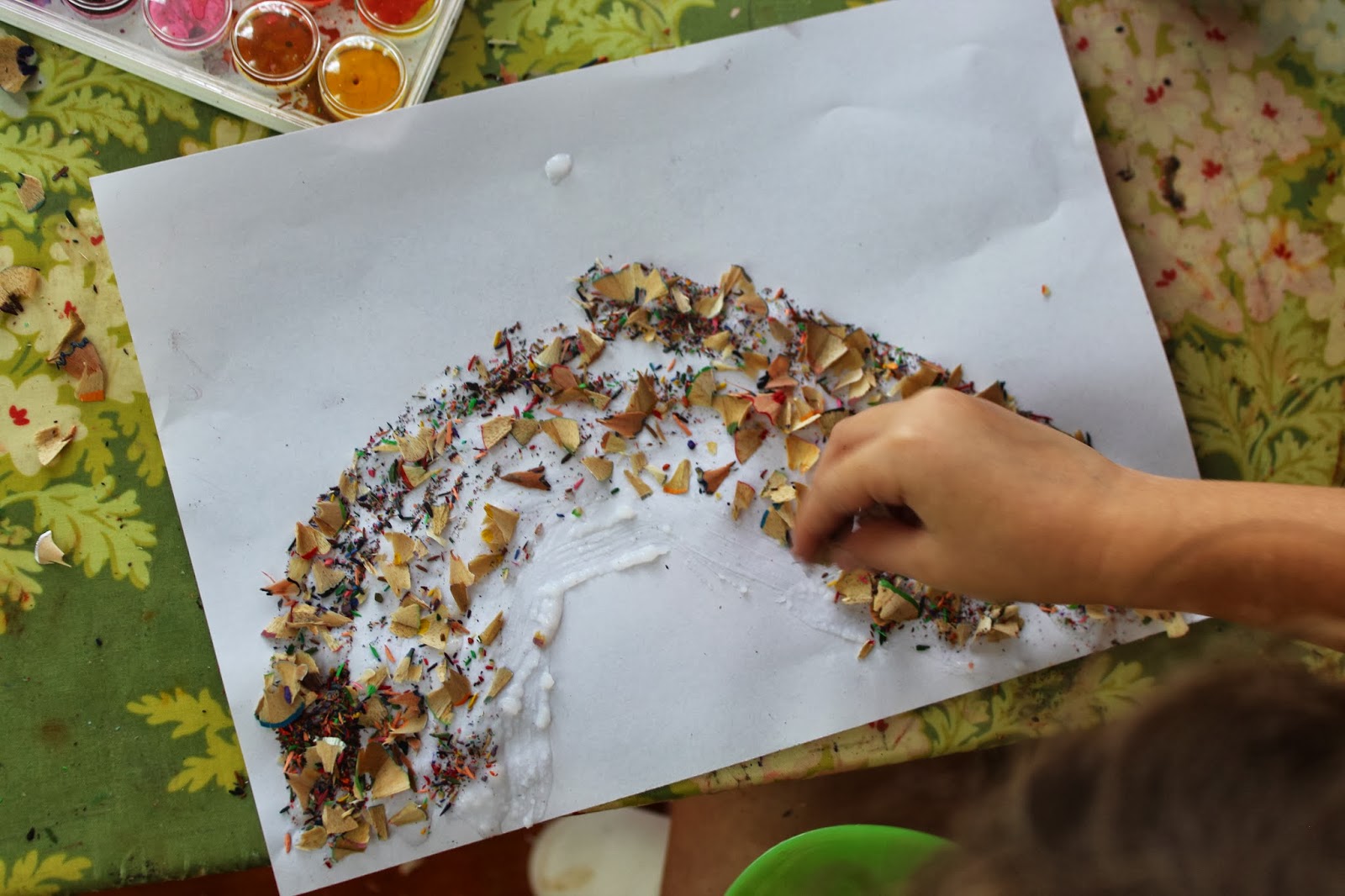 And sometime after Christmas we made a start on painting the TV/family room. My god those primed mdf walls make Betsy look like a poor sallow creature. Is it a creamish brown? or a brownish cream? Either way it is not a good look. 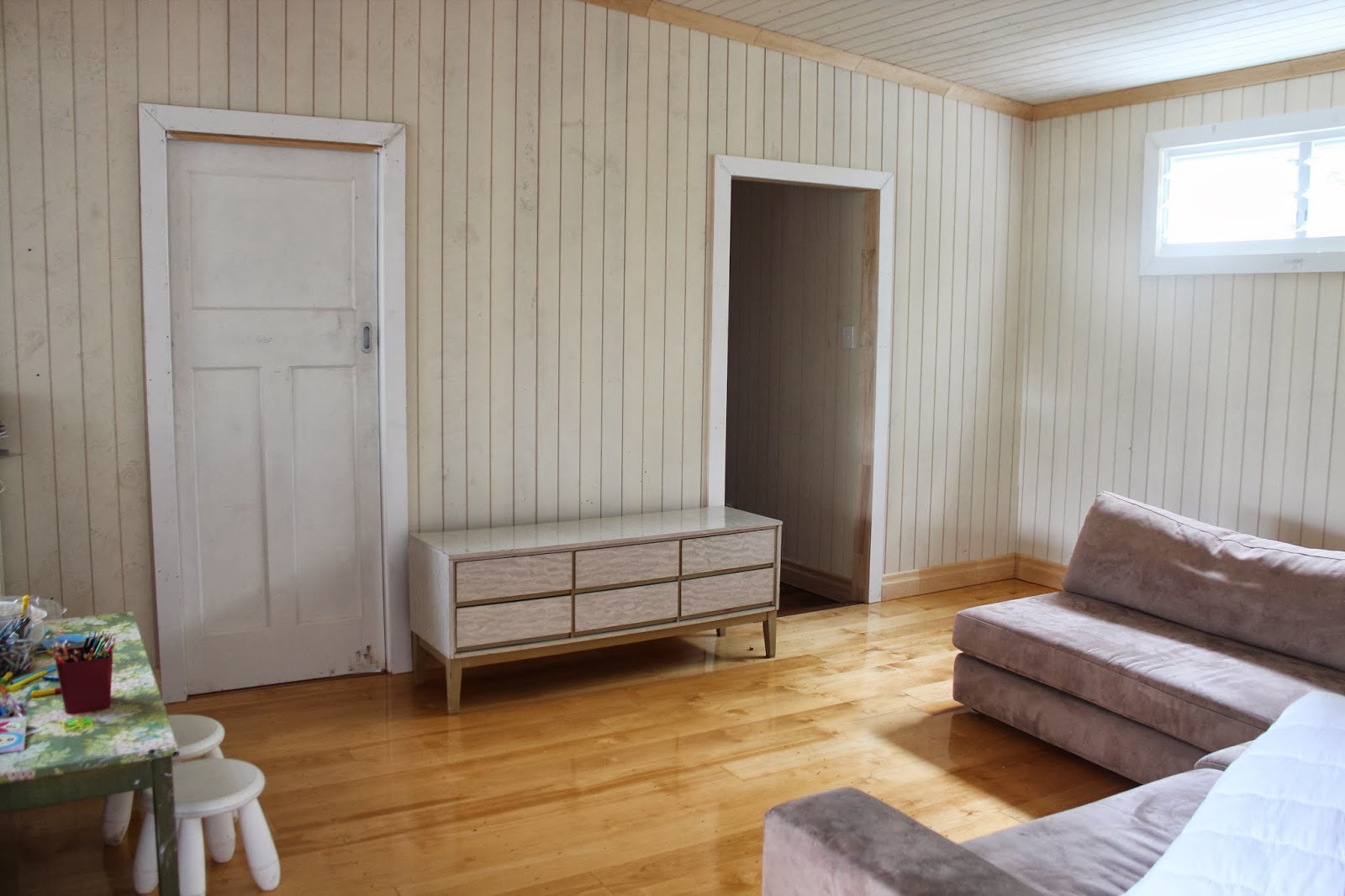 Despite about two months passing by, it remains firmly at the half baked stage. Occasionally, if we are not completely buggered at 10 pm one of us will venture in there to fill some more holes or slap on some more undercoat. We have actually finished painting the laundry and the sewing room but there are no Ta-dah photos as we have then dumped stuff in those rooms in order to paint this one. 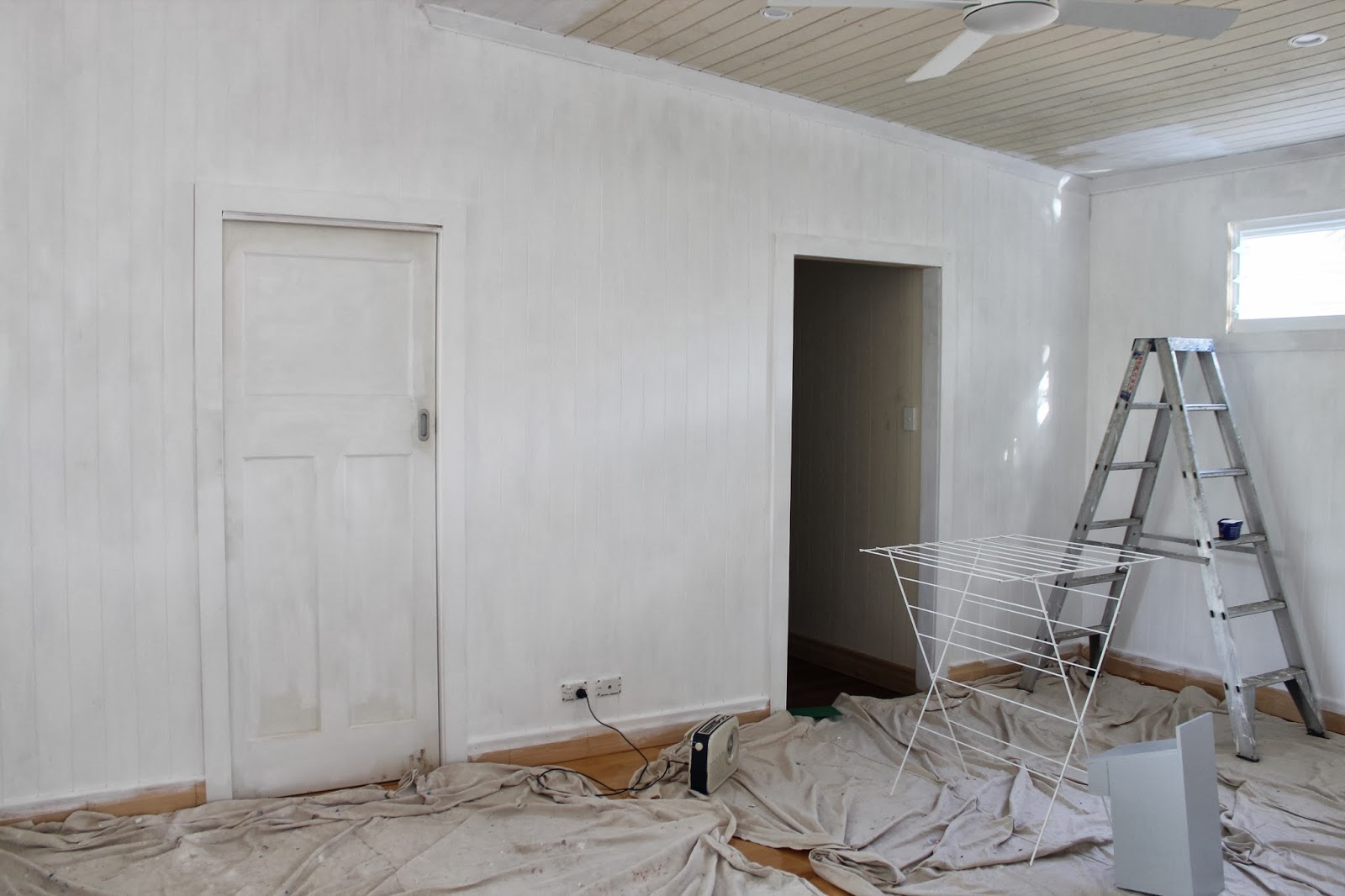 There is a bit of a deadline now though as we finally chose a new lounge and ideally need this room and the lounge room to be finished within 8 weeks before it arrives. As well as working around an eighth birthday party, Easter, school holidays, the school fete and minor surgery on my painting arm, all in the same time frame. Gosh, makes me wonder what all those Block contestants are losing the plot about. Really, they don't have to deal with kids, jobs or celebratory occasions. They just get to paint those white walls ALL day. Lucky buggers.

Anyway, back soon with part two of this post which is all about the best present you can give a worn out mother of small children, and how to make your birthday last at least two weeks.

Posted by Bungalowgirl at 11:49 PM