To market to market we go we go 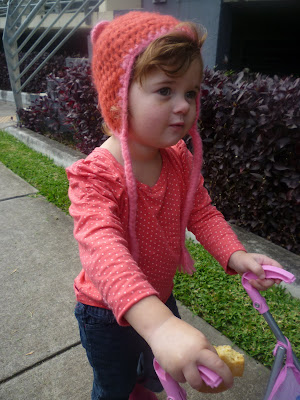 Yesterday morning we decided to brave the chill in the air and hit the Green Flea Markets in West End. Snack in hand- check. Pink pram with baby doll - check. Toshi  beanie with ears - check. I will not labour the point but beanies with earflaps are just slight overkill for a Brisbane autumn as I doubt we even hit single figure temperatures but who am I to argue with a toddler fashionista. Especially when she has chosen the beanie to match my scarf.

I love the West End Markets. The atmosphere has a buzzing kind of energy and the canopy of grand old fig trees that cover the stalls as they wind through the park, makes it a little darker and more wintery. All the better for scarves and beanies. 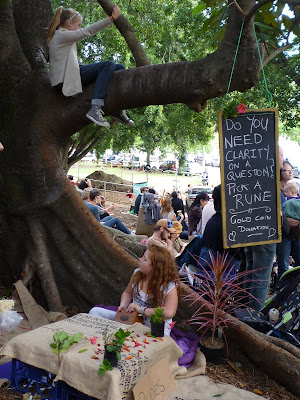 Not to mention the avenue of food stalls which is where we were headed. No time for groceries, there were Hungarian treats to devour. Roboboy had gone to the land of Grammy for a sleepover so we did what we always do if he is otherwise engaged, gorged ourselves on dairy laden goodies. Those Hungarians have a lot to answer for with respect to global obesity as not only did they provide the savoury deep fried cheesy/sour cream doughy thing with the name I can't remember, but also this spiral of crunchy lemony cinnamon deliciousness. 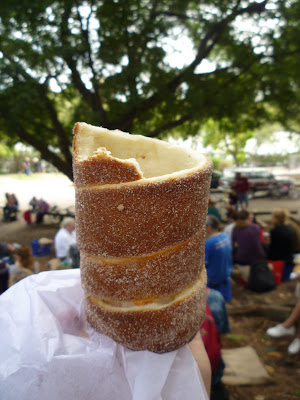 As if the morning wasn't going beautifully enough, we turned the corner and stumbled onto the CUTEST vintage caravan in the whole world. 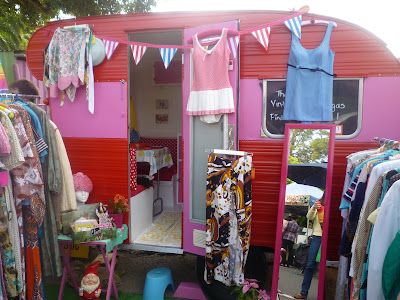 And have a peek inside - try and look without squealing. 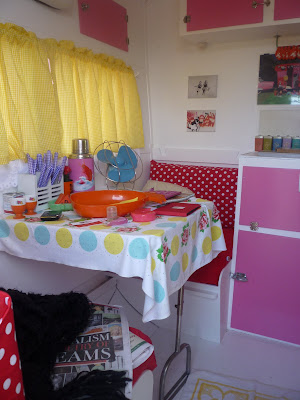 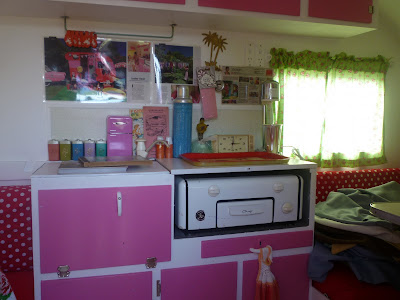 Kris, the owner of this beautiful little van, told me that it was a 1964 Glider and that she had just spent the previous 4 months renovating it herself. She had only recently started doing a few local markets where she is selling vintage clothes, using the little van as a changeroom of sorts. 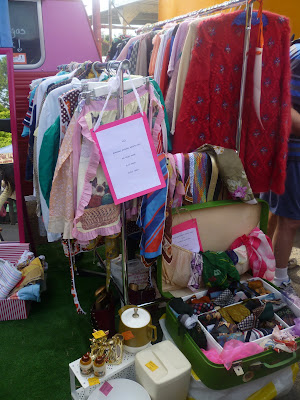 The van doesn't have a name ( of course I put my two cents in on that one) but is known as The best little vintage van in Vegas and she has a blog with the same name if you want to pop over and share the vintage van love. I was completely spellbound by the sight of this little candy coloured treasure and was adding Kris to the list of people whose jobs I covet. She is now in first place followed closely by Set Designer for Playschool in second and Florist in third. I unfortunately couldn't get a photo of the pink 1967 Holden Special she uses to tow this beauty but they are currently featuring on the cover of Vintage Caravan magazine . Yes there is now a dedicated mag to share the vintage van love around.

After a good 15 mins chatting and dreaming, Liongirl dragged me away in search of pears. They are her favourite and her best (her words) and imagine the joy at stumbling onto this. One of apples, one of pears. 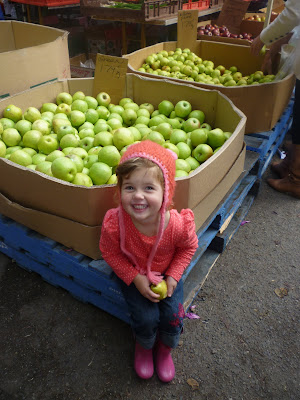 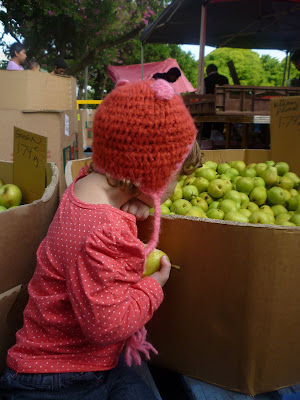 And when you approach the man in such a cute beanie, clutching just one pear, he is kind enough to give it to you for free. 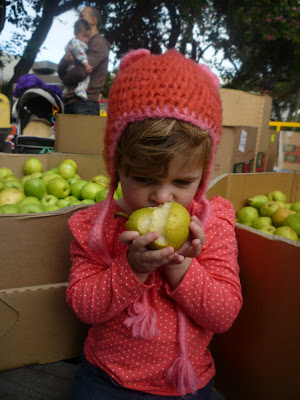 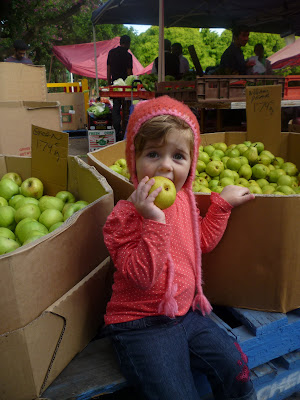 And when you drop half eaten pear in the dirt and go back to buy another one, the man gives you another one for free. Goodness, we could have filled a whole bag if only I had a few more children wearing cute beanies.
Posted by Bungalowgirl at 10:45 PM