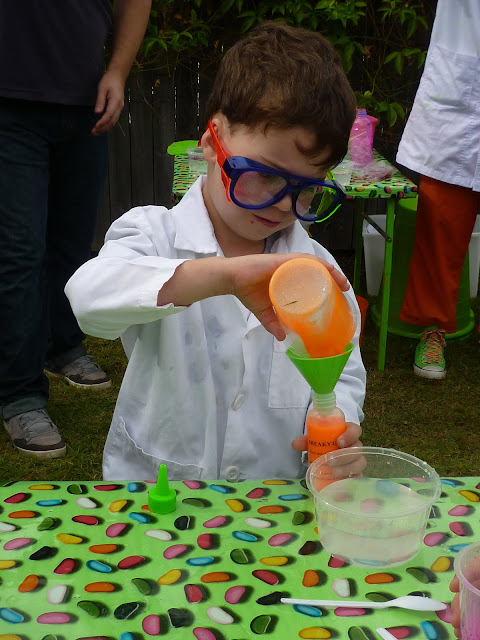 Roboboy went to a 7 year old birthday party today. Not just any party, no, this was a Professor Jellybean party. And for Roboboy it was love at first sight. A whole gang of boys donning labcoats, oversized nerd goggles and an hour of intense concentration while various forms of goo were created. Chemical reactions were witnessed and long stretchy snakes formed almost by magic. The air was full of boy excitement, even the news that No, there would not be any explosions, did not dampen the mood. 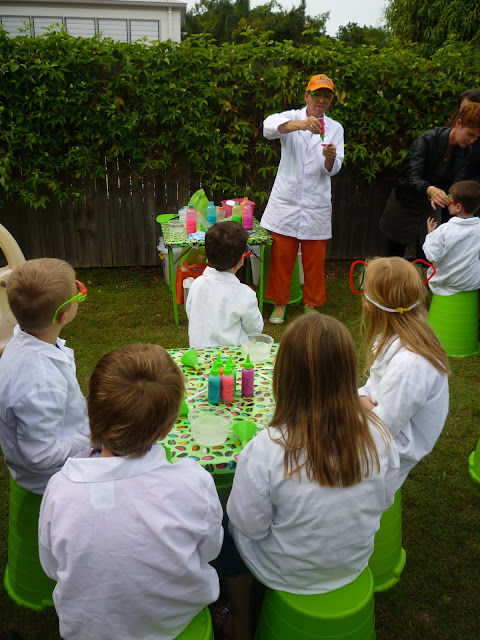 Professor Jellybean came, set up all the tables and stools, talked them through three experiments, left party bags ( with no lollies just sciency gadgets) then packed all her gear an hour or so later and left the boys to marvel at their creations. 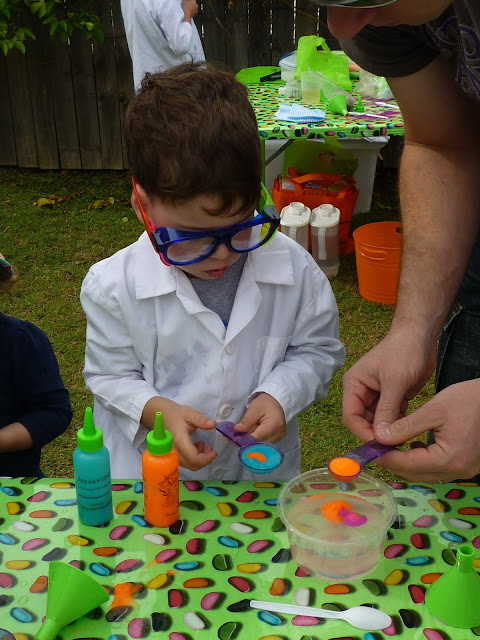 Roboboy was so proud of his container of stretchy snakes and rainbow balls, he even went up at the end to personally thank Professor Jellybean for the experience. I used to joke about how when he ended up as a Human Rights lawyer all would be forgiven regarding the sheer hard work he has given me from the age of 2 until now. Looking at these images and his recent obsession with quartz crystal collection ( he pinched 3 more from the party boys driveway) I am thinking geologist, civil engineer or Nanotechnologist for biological warfare  are looking like the top three career options. If not, these photos are going straight to the pile for 21 st birthday humiliation. 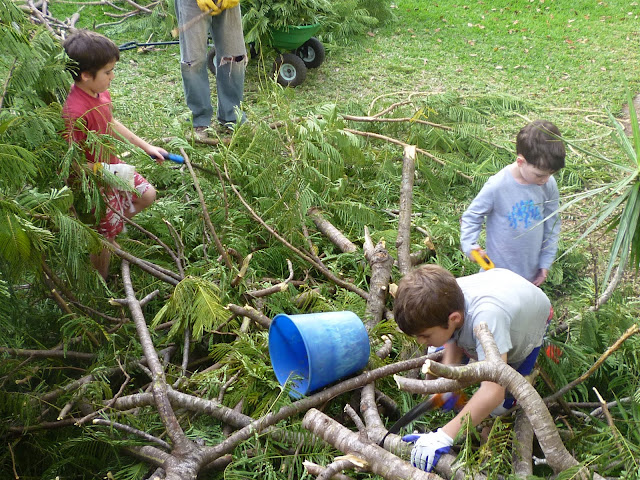 Back home this afternoon all the boys tackled that huge pile of tree bits that Legoman left all over the deck yesterday. Just the sight of all this destruction flushed out the two younger Menace brothers who were straight in with handsaws to do some serious chopping.

I took the opportunity to sneak up onto the roof and scope out the view. This was over to the southwest. Look at those gorgeous rolling purple ranges. 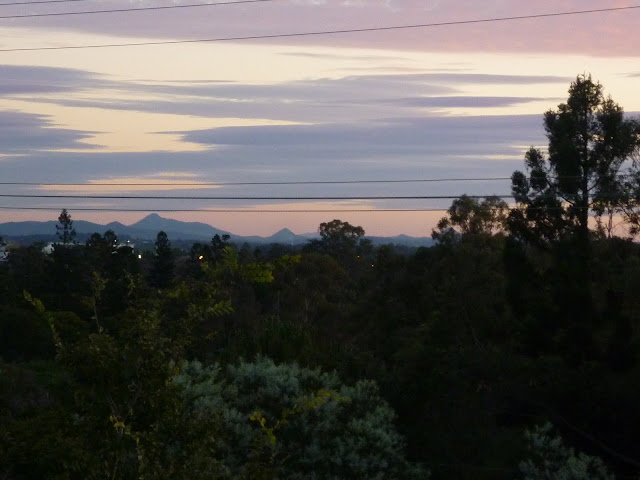 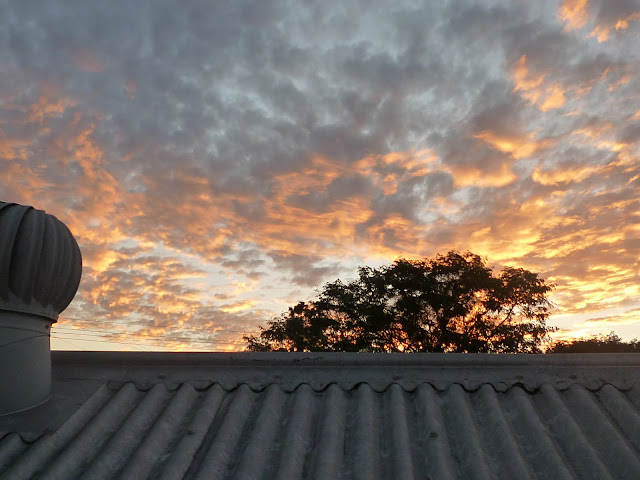 And more to the west, gorgeous sunset and whirly gig to prove, yes, I really did go up on the crest of our roof. Oh yes and Roboboy had to come too of course. The feeling of being up there almost on top of the world was magical.
Posted by Bungalowgirl at 10:15 PM