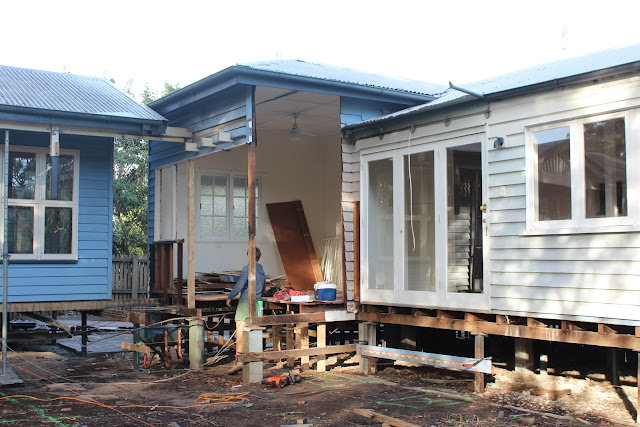 So last week appeared to involve a flurry of destruction and then a few days of not much. This week heralds a gaping hole in Betsy's backside. The old bed 4 has been opened up to allow positioning of the massive steel beam that will support the new roof. There was also the discovery that several stumps on the granny flat plan did not actually exist in reality and 5 new ones would need to be ordered and added to the overall cost. There are always surprises with old houses, this just happens to be one of them.

The position of the new carport has been marked out, 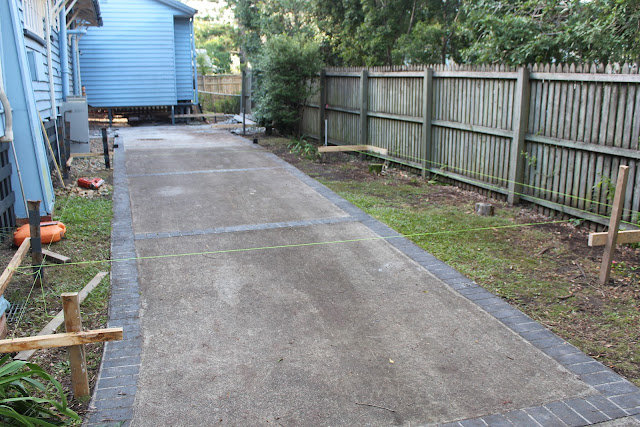 and concrete has been removed in readiness for the post hole digger. These mark out the position of the new laundry. 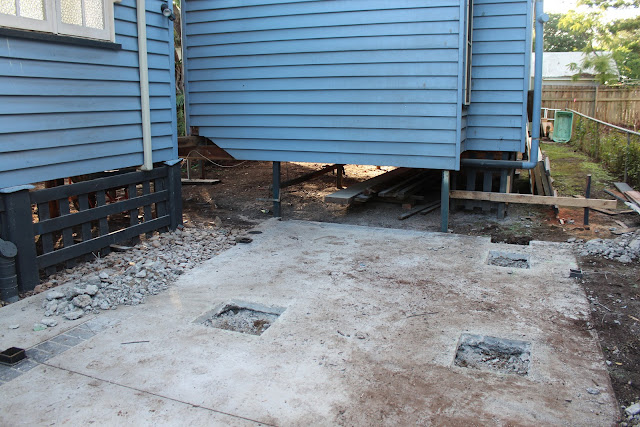 The big steel beam and all the new footings have arrived. 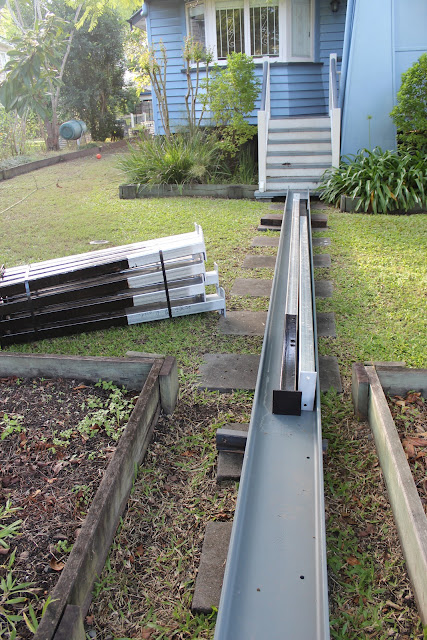 But none of these were the surprise find. No, that came when I wandered inside to take a better look at the gaping hole in the back of the house. Can you see what might have grabbed my eye? See that bit of blue poking out of that pile of rubble? 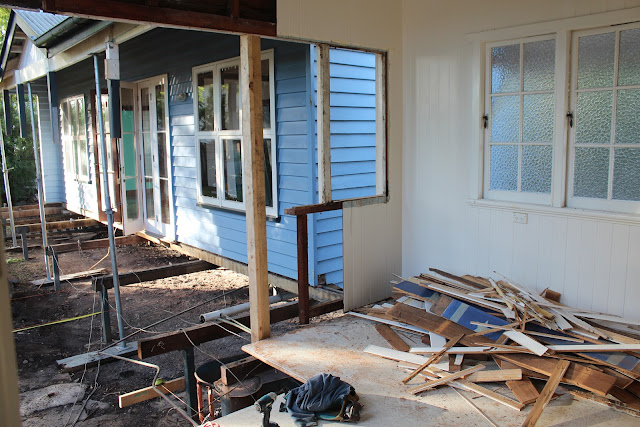 Yes, that one with what appears to be a star and a stripe on it. What on earth is that? Roboboy thought it might be part of a flag and could we please salvage those bits because he might want them for somewhere in his room ( he has been watching The Block since he was five and no doubt plans to create some elaborate installation). 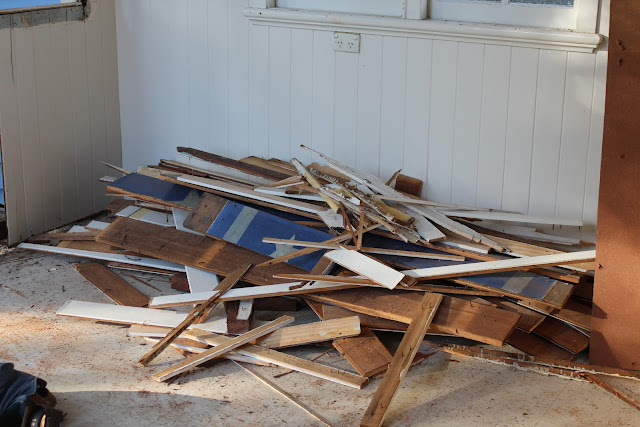 On closer inspection my awesome site manager pointed out that it appeared to extend further under the lino than just  the boards they had removed. He kindly ripped up a big piece of lino to reveal this. 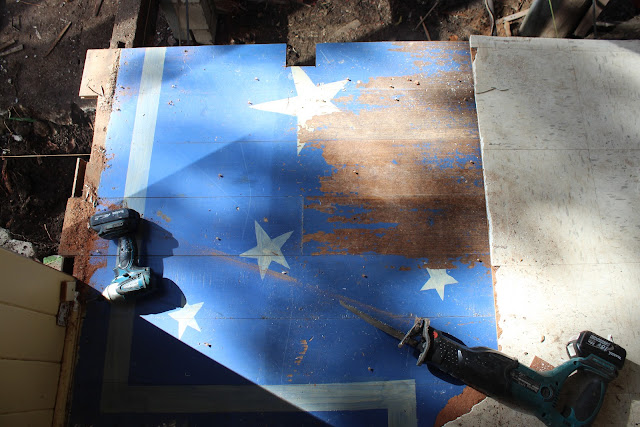 Woah there, a painted floor in the most vivid of blues that based on the colour alone, I would strongly suspect is old lead based paint. My god did I have to restrain myself from ripping up all that lino on the spot just to see what had been done. This floor will be polished and will become the new kitchen floor when the house is joined together so the pattern won't be staying but it is still a pretty cool unexpected find. 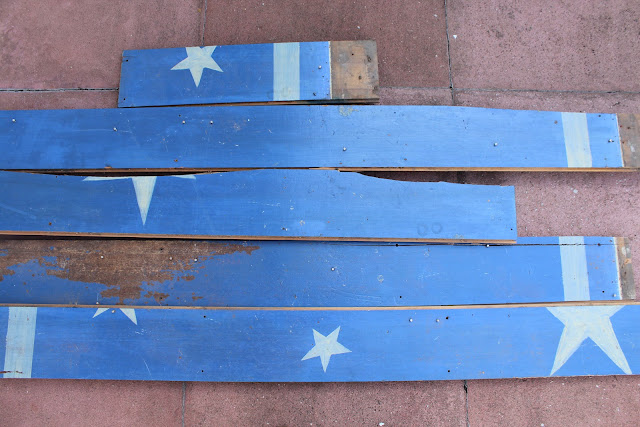 These floorboards can't be reused in the house as the tongue and groove edges have been damaged in removal, but I'm actually kind of pleased as that means that  Roboboy and I get to  find some way to restore and display this little bit of Betsy's history.
Posted by Bungalowgirl at 2:19 PM

Email ThisBlogThis!Share to TwitterShare to FacebookShare to Pinterest
Labels: Betsy before photos, renovation