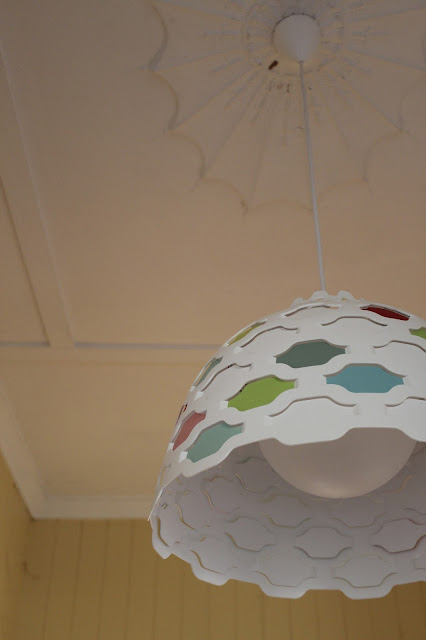 We have lights. The exciting pendant variety that is. Please excuse the terrible custard backdrop, once I have whited it all out I will get a much better pic of this beauty. We decided to swap them around and put the colourful one in the hall.


We kept the plain white one for the entry space so as to not compete with the leadlight. 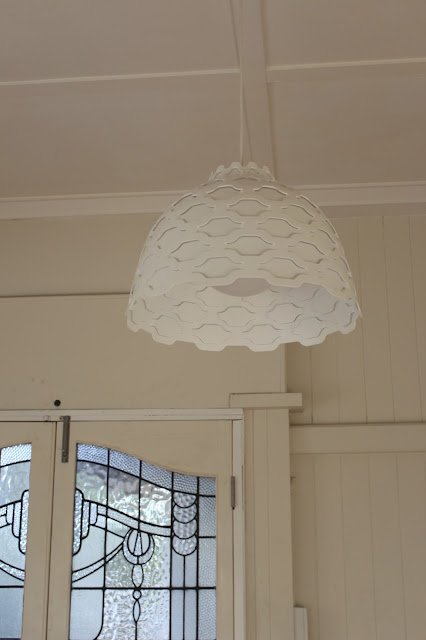 Most exciting is the installation of those three mint green pendants that have been snuggled up in their boxes for the last 15 months. They are  still hanging  a little low but you get the idea. That's our fridge, all wrapped up in a protective vintage blankie. 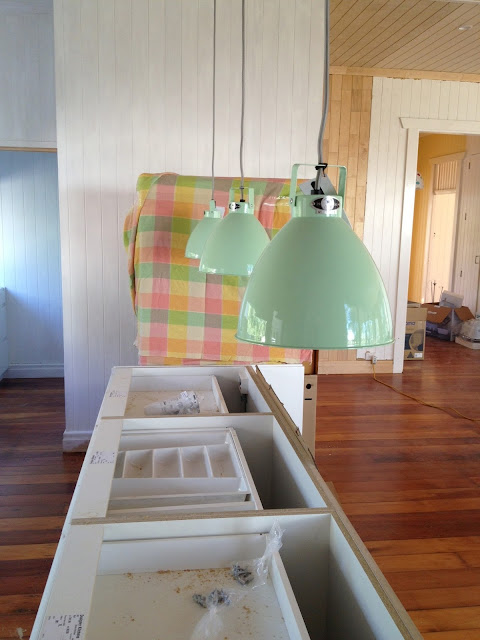 And those industrial pendants we found at the demolition yard are in as well on the deck. They have a few bumps and dings, but I think it just adds to the charm. 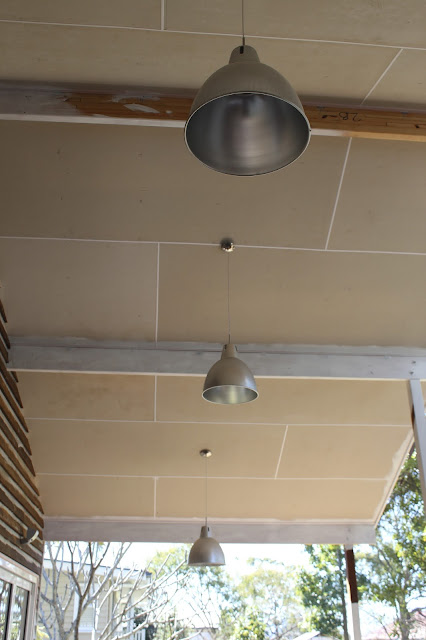 The electricians suggested some up lighting on the expansive deck wall. We found these spotlights but turned upwards they should do the trick. 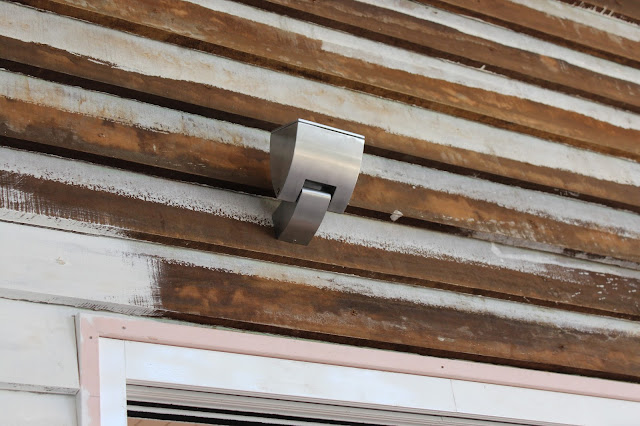 Meanwhile the plumber returned and in between uninspired jobs like installing downpipes, he popped a new toilet and pedestal sink into the second teeny tiny bathroom. This is the only room in the house without vj walls so I am pondering whether to sneak some wallpaper in here. 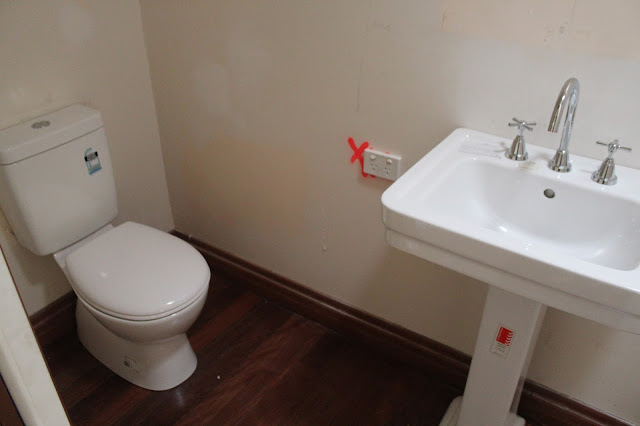 Several of you were wondering what the heck an ironing station was? I had no idea either until our cabinetmaker suggested it. We had been considering a pull out ironing board in a drawer but apparently these wall mounted options are much sturdier. It has a shelf and plug for the iron and the board folds down and swivels so there was just enough room to fit one in the laundry. 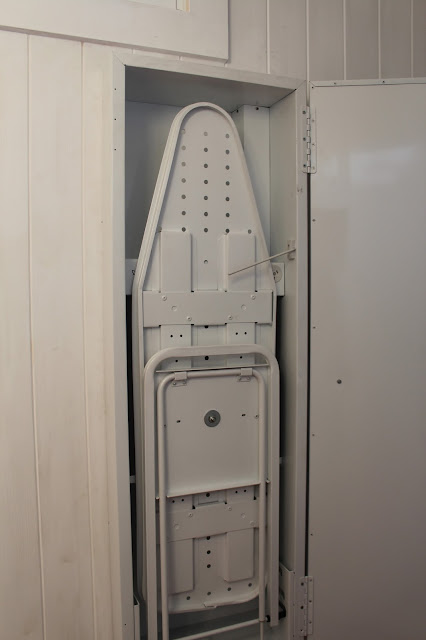 And finally, this week we had some resolution to the ongoing issues with the kitchen window. Despite the window company being aware from the beginning that this window was to be installed flush with the bench top, this simple request turned into a huge palaver. 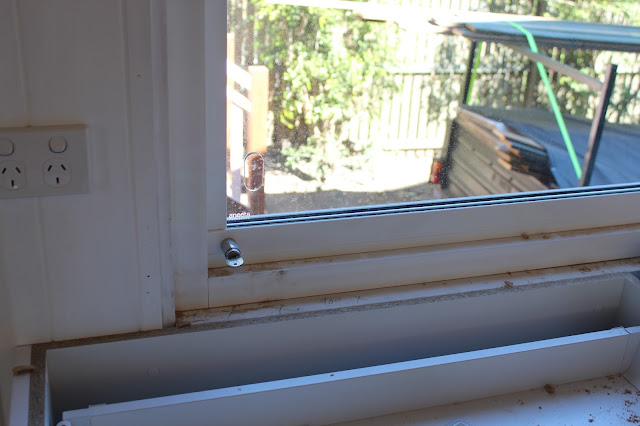 In the end (at the builders suggestion) we were awaiting a final frame to be installed to cover over the main frame and reveal. Now that this is finally in I can see this room actually getting finished properly. 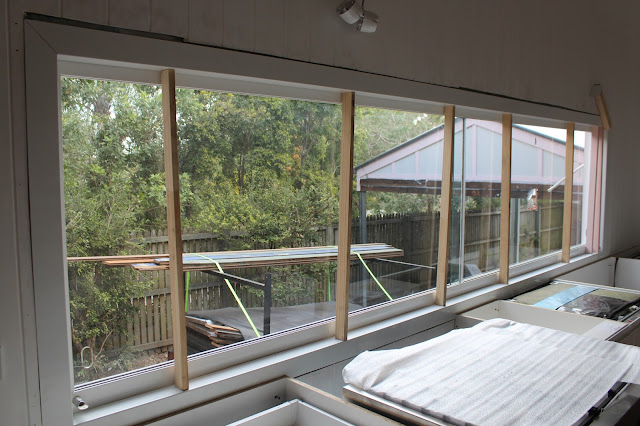 Next up it's kitchen benches and a few final jobs for Betsy.
Posted by Bungalowgirl at 11:31 PM