Digging around at the Archives 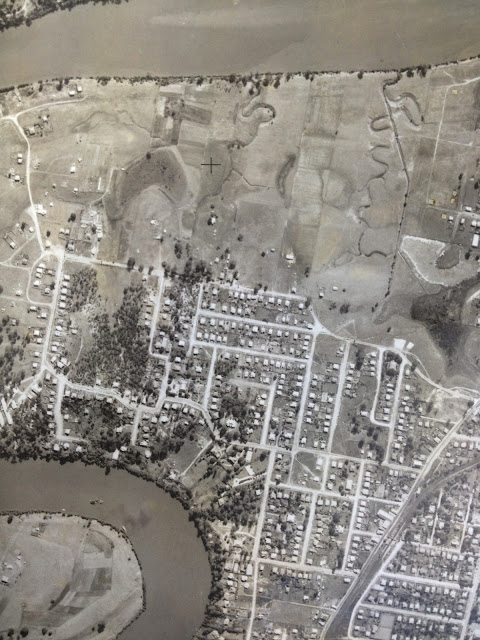 So, I have been meaning to dig around and find out more about Betsy for months and finally I set aside some time to trot down to the Brisbane City Council Archives. It is a treasure trove of maps and photos and all sorts of other goodies relating to the city's history.

Armed with only a rates notice confirming the property description and our address I was hoping to find out as much as I could about Betsy's roots. When we bought Betsy, the standard city council searches dating back to 1946 had revealed council approval for a garage in 1959, a carport in 1969 and the granny flat in 1990 (explains a lot really as the granny flat is pretty ghastly but recent).  Legoman has been cleaning up decades of debris under the house and had noted several random concrete slabs under the house and deck suggesting previous structures long gone. A 1921 penny above the front door and a California style bungalow suggesting construction somewhere between 1910 and the 1930's. And that was pretty much all we had.

Within ten minutes, I already had some decent clues. With a magnifying glass, I could clearly see Betsy on the 1946 aerial photo above. And copies of the 1952 plan revealed a few new details. (Sorry for the blurred photo). 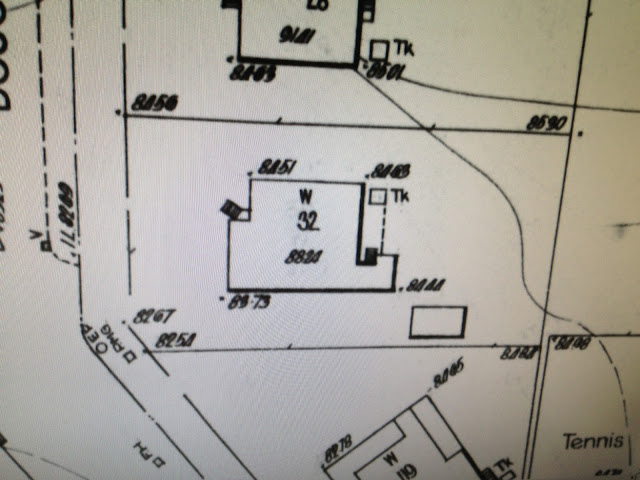 That's Betsy in the middle, it appears she had a water tank at her back left corner (looking from the street), stairs at her back right presumably from a kitchen and unusual angled front stairs. And a shed up the back right. None of these things are here now but that probably explains a few of those concrete slabs.

But what I really wanted to know was how old was Betsy, who built her and what other stories does she have to share?

Looking for more clues we discovered that our street is clearly named on a 1904 plan. The land was yet to be subdivided in 1887.  Unfortunately, that was about it for the archives. There was more information available but not  until I had some names. And the only way to get the names of previous owners was to obtain a Historical Title search, and that meant trekking into the city to the Titles Office with a ticketing system and public service waiting times. Something for another day. 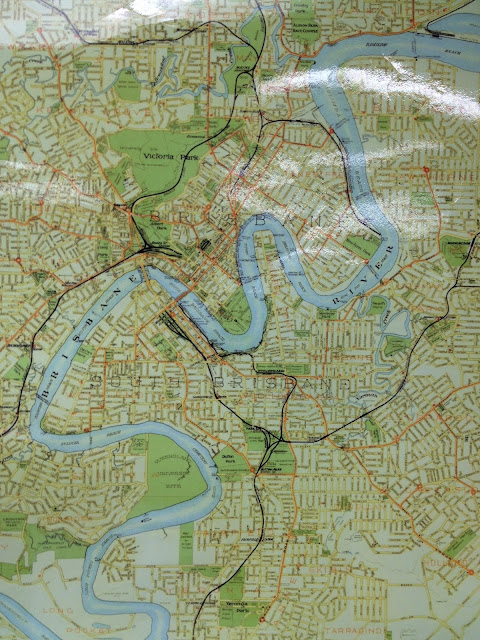 Just as I was packing up, Robert suddenly remembered that the 1931 Greater Brisbane Residents and Street Atlas Directory not only listed streets, but also the names of people living in them. And there listed on our side of the street, were three names.

There are only three old houses on our side of the street.  Betsy, our immediate neighbours and their neighbours who you would all know as the Menace brothers. So, this was it. A moment of time, closed up in a very old book. One of these families lived with Betsy in 1931. I rolled those names around but kept coming back to Ducat. An unusual name, and Legoman has an unusual surname. Difficult to spell or say correctly. So gang, are you thinking the Craddocks, the Ellis family or the Ducats?

Back soon with part two and some answers.
Posted by Bungalowgirl at 10:16 PM