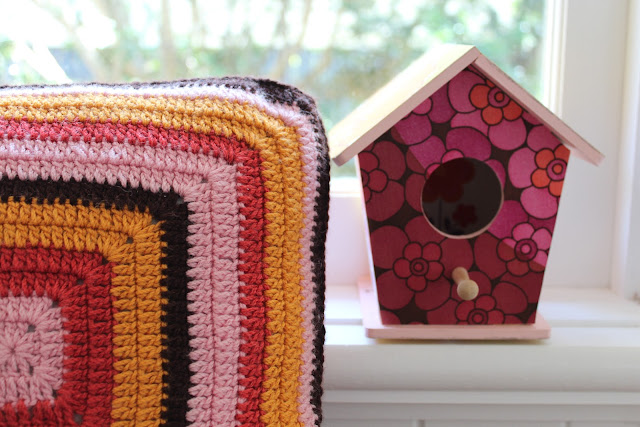 I learnt to crochet at a class nearly two years ago. I was a very slow learner and of course did not manage to finish the class cushion during the three sessions. By that time I decided that I did not actually like the colours I had selected and could not force myself to finish it. Then I fluffed around making bits and bobs but not really starting anything that could be termed a project. I went to Spotlight and was not overwhelmed by the wool colour options there either. Finally I found a pattern for a cushion cover that was not too holey as I didn't really want to see the cushion through the crochet and chose some colours that seemed more me. 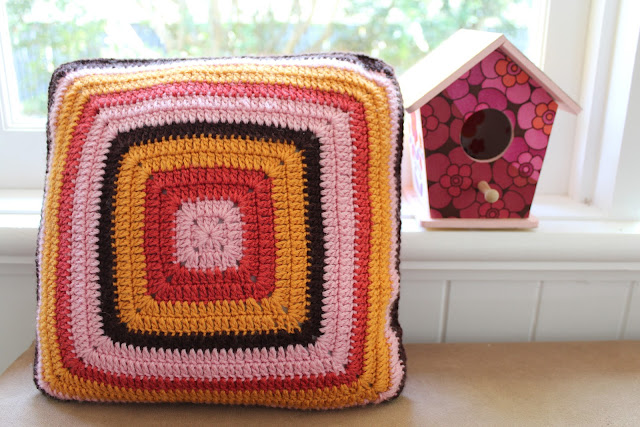 And then it just took another year or so to finish it. The back is crocheted too, same pattern, slightly different combination of the same colours. (And somehow with about 20 extra stitches per edge). I  had no idea how to actually join it and ended up just chain stitching the sides together ( with a bit of leapfrogging over those extra stitches, hence the puckering). To be honest I'm still not totally sure about this colour combination. I think it's the egg yolk orange that is giving me pause. Although it does rather compliment the bird house. And it is actually finished, woohoo!

Meanwhile I have been letting the kids loose on the deck with the paints. 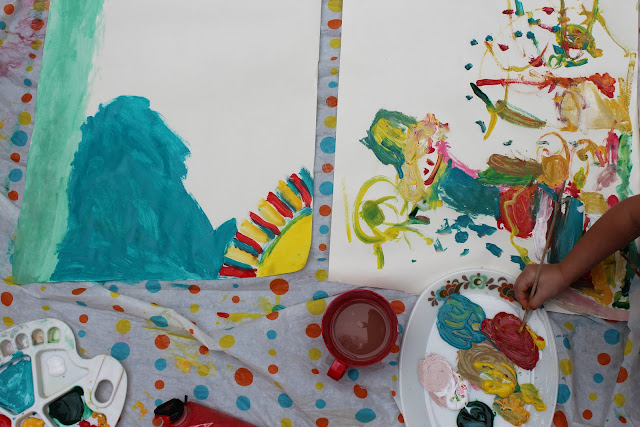 And with home made slushies. (Anything to counter these hot hot days we are having). 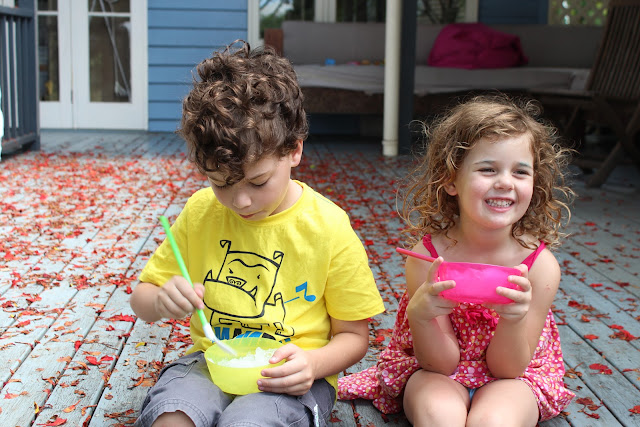 I stumbled across this lost art work done about  18 months ago  in prep and popped it in a frame. And we managed a quick holiday trip to Ikea and came home with these two glorious duck egg blue velvet cushions. Velvet + duck egg blue + Ikea are three words I would never had put in a sentence but look at that for just $36 for both including the inserts. Love love love. 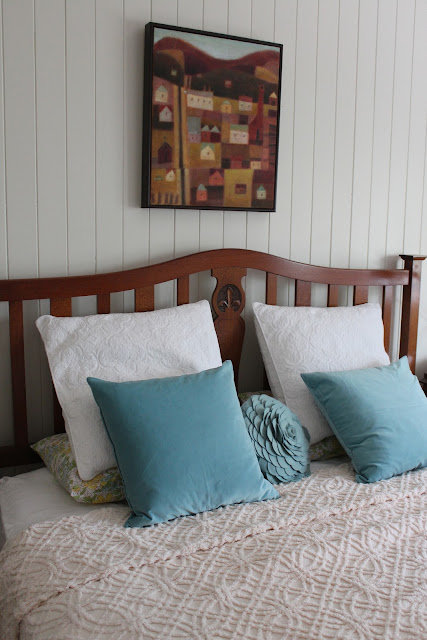 In other news, our plans had the engineering completed just before Christmas. Now we are just waiting on certification and unfortunately we just found out that the certifier is away until the end of the month. The builder has  seen the plans and given us the option to continue to live in the house or move out and we are completely in two minds about whether to stay or go. 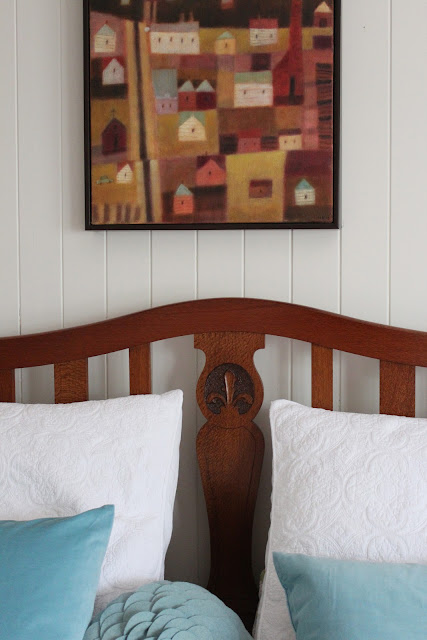 And of course we are counting down the months left using our dogs breakfast of a kitchen.
Posted by Bungalowgirl at 10:23 PM