The perils of vintage wallpaper 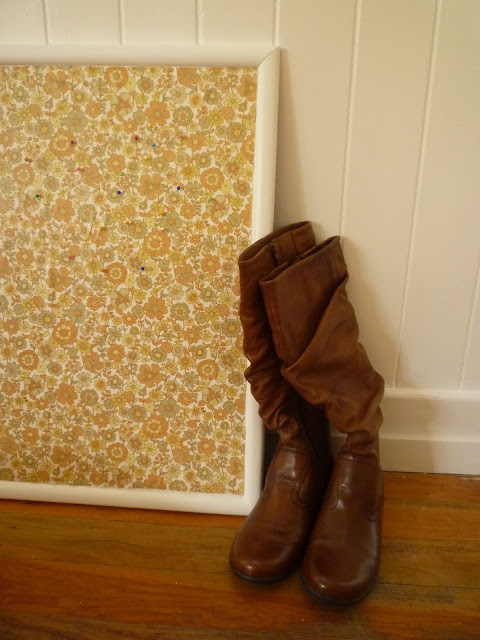 This blog post could equally be titled "Corkboard and wallpaper- lessons in frustration" or "How to have big ideas and execute them poorly".

I have about a dozen projects on the go over here at Betsy's and today I really just wanted to follow through and complete something. I attacked this with a crazed zealot like intensity that comes from having a very short window of time without interruptions. It was also one of those slightly spur of the moment creative ventures that came about while I was painting some more white walls. I had just done another coat and while waiting the 2 requisite hours to recoat, decided that I could probably use the same paint elsewhere.

I have had this corkboard since I was about 14. The fact that  it  has followed me from my childhood bedroom  to 3 share houses to this house seems downright strange. Many other items have been culled and forgotten but this humble corkboard has hung in there. Back in the 80's it was brown with pine trim. 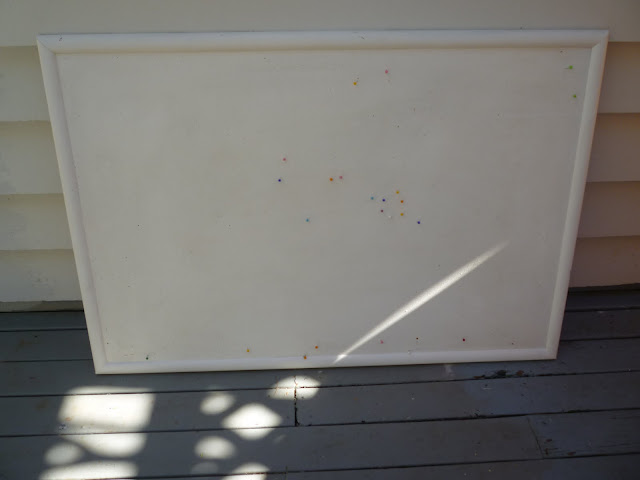 Back in about 1997 it received a white undercoat and it's pretty much looked like this since then. Recently I stumbled across some wonderful vintage wallpaper and thought that Corky might appreciate a makeover. Having never used wallpaper before I have to admit I was a little sucked in by the funkiness of it all and given that vj walls are not suitable for wallpaper, this was the only place I could think of to try it out. 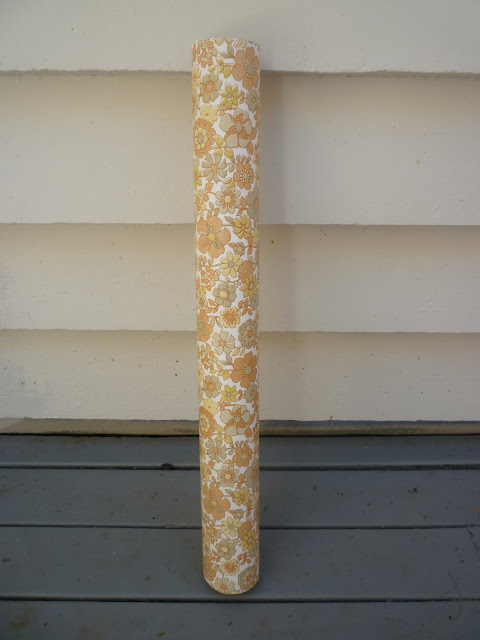 Well aware of my  lack of skills with respect to wallpaper wrangling, I decided to pretend the wallpaper was just plain paper and use spray adhesive to attach it to the cork. Seems like a reasonable and well considered concept doesn't it.?
Except that despite generously spraying both the paper and the board, there was pretty much nothing  happening in the adhesive department. Hmm. So I thought maybe I should treat it like wallpaper and follow the wallpapering instructions. So, I cut it to size, dunked it in a bucket of warm water and tried again. Still, pretty much nothing happening. So I sprayed a little bit more adhesive and then it seemed to stick a little. And then unstick itself. Despite furious smoothing out of lumps, there are some rumples and the adhesion quotient is on the low end. 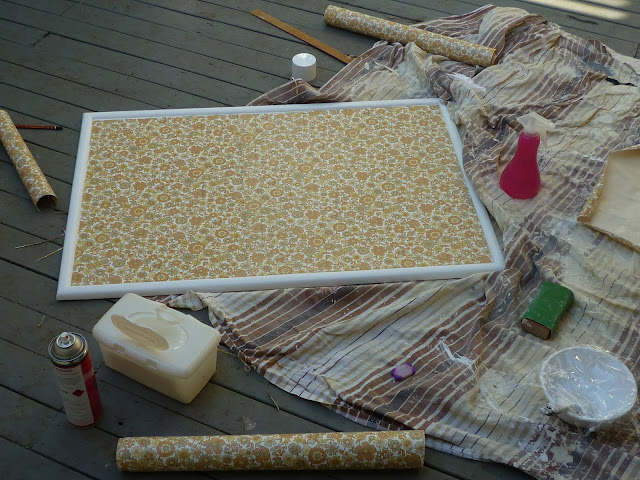 I'm still not sure if it was due to the fact that  the wallpaper is vintage 80's and has lost it's adhesive tendencies or if the painted cork is the issue. Legoman's take is that the porous cork is probably absorbing all the glue. Hate to think he might actually be on the money. Eventually with much cursing and half a can of spray adhesive it seems to have stuck although it wouldn't surprise me if it all detaches and rolls off tomorrow when it completely dries. 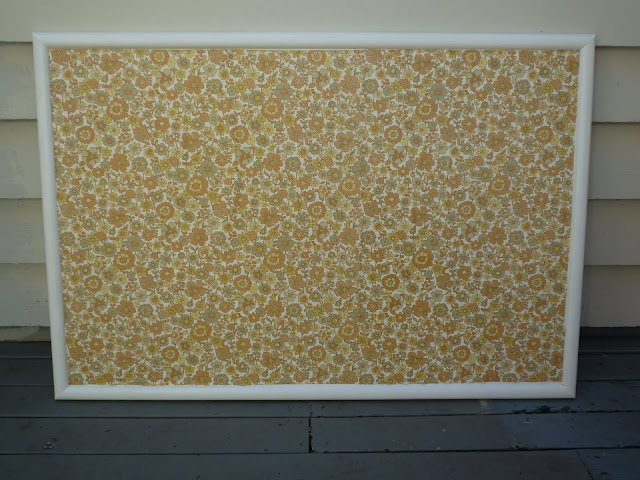 I do think that while it's still intact it does look quite lovely. And it's completely finished ( until I have to superglue it back together). Product disclaimer :  Any obvious wrinkles in wallpaper should be (until proven otherwise)  presumed to be reflections from the rumply folds in  my new boots (thankyou Myer stocktake sale and a gift voucher ferretted from the depths of my purse). 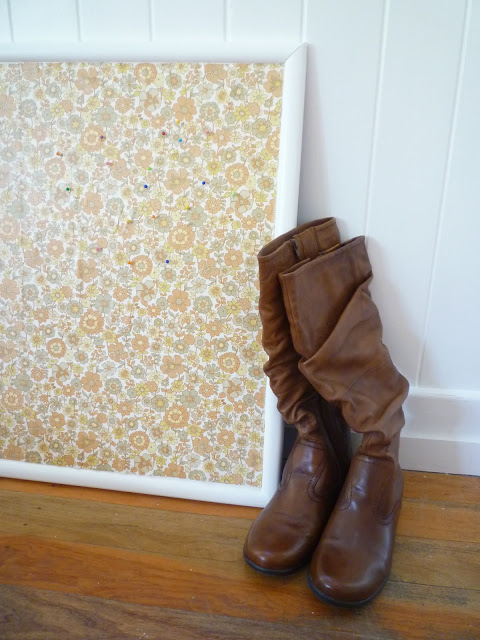 Posted by Bungalowgirl at 9:47 PM