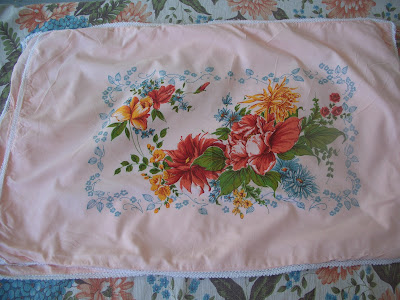 Last Thursday Legoman and I  had to venture out to Ipswich to pick up some essentials from Bunnings- our two closer stores were both flooded and have not re opened yet. I was secretly excited as I had been wanting to get out there to ferret through the op shops for months but couldn't justify the drive. The only downside was that Legoman would be tagging along, questioning with a raised eyebrow the intended function and necessity of each purchase. He is really only fun to shop with if there is a man chair so he can sit and play Farmville on his Iphone for the entire duration , or if he can be dropped off within an Apple store and left for a few hours. He does know how excited I get about ferreting and following the motto he has extolled for the decade of our marriage : Happy wife = Happy life, he was quite accepting of the whole op shop trawl.

And what a time was had! Unfortunately, several photos were out of focus so will post those tomorrow. Can you believe these gorgeous pale peach pillowcases. They were sold as a pair for $1. I don't expect Legoman to agree to these on our bed so Liongirl will get these beauties (he hasn't seen the embroidered peacocks that are heading his way yet). Also found this tablecloth which went straight to the trestle table. 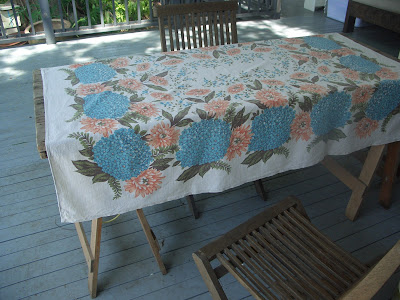 I love the blue hydrangeas with the pale beige background. Unfortunately in this shot it  highlights the ugly blueish grey floors that have not yet been banished as I am having committment issues over the right floor colour.

We found a mountain of kids books for 50 cents each, most of Roboboys favourites are obscure op shop finds that involve machines/construction/inventions. He has very specific likes and dislikes so is quite easy to shop for. He verges between disinterest and loathing for anything Thomas train, dinosaurs, pirates or any merchandised superhero. He is fantastic to take to a Toy shop for as long as you keep him out of the Lego aisle he doesn't want anything.

The other thing we always keep an eye out for are obscure old games. I had some awesome games from the 70's as a child and Legoman also has a weakness for the old cardboard box of competitiveness. Ever wondered what Nintendo were doing back in 1970, before the person who invented the Wii was even conceived? 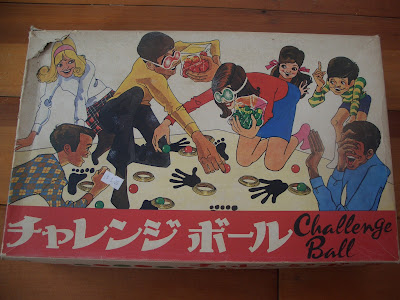 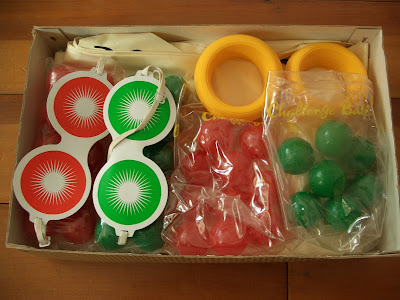 Unfortunately the instructions appear to be in Japanese or maybe Korean, but interpreting from the picture it appears to involve 2 people wearing goggles, floundering all over a mat while attempting to place coloured balls within rings while their fellow party goers give them instructions. Despite a thorough search of the completely intact and suspiciously unused set we could not find the LSD that would actually make such a game really really FUN. We did decide at a pinch that several hours of tequila slammers would probably replicate the required experience. We did also consider perhaps breaking it open for Roboboy's 5th birthday and see what the kids make of it, perhaps with some complimentary  mocktails.
Posted by Bungalowgirl at 8:24 PM