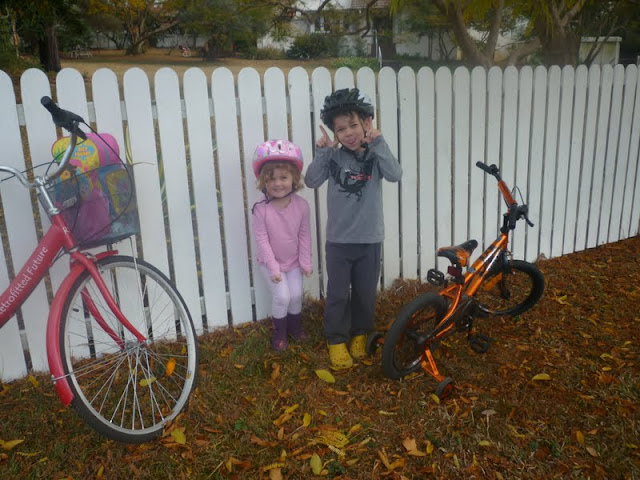 Yesterday was a public holiday here in Brisbane for the Exhibition or Ekka as we all call it. Given that several of the occupants of this house have been almost continuously sick for the last 3 months, and the Ekka is a cesspit of disease, we made other plans.

A few days ago, one of my oldest and dearest friends wrote this post about going Geocaching in the Latvian countryside. Like all important things in life, she had first learnt about this from her hairdresser. Geocaching is the ultimate treasure hunt. Random strangers hide treasures all over the countryside, then leave clues and GPS coordinates for fellow treasure hunters to follow. Of course in Latvia this involves scouring the stone ruins of windmills and finding the tombstones of Baronesses. Our curiosity was piqued, nerds that we are, so we jumped straight onto Geocaching.com.au and signed up (it's free). We were stunned to discover at least three hidden caches in our surrounding area , one hidden within a local park that we have frequented since Roboboy was first toddling.

There was no time to lose, snacks were packed, helmets buckled and our little biking convoy was on its way. Legoman is yet to own a bike so he enjoyed the job of towing Liongirl along. We seem to always need a snack stop within about 2 minutes of leaving the house. 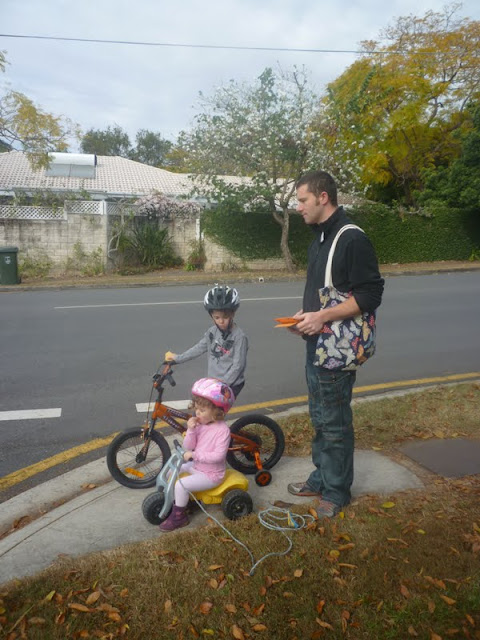 We had approximate GPS coordinates on the iphone and a brief clue to indicate which section of the park to look in.  Of course we had to make several stops to sample playgrounds and collect flowers. I can highly recommend this trike and rope system for needing to get a toddler to travel long distances, the trike cost $19 in Kmart from memory and this journey would be at least 2-3 kms return. 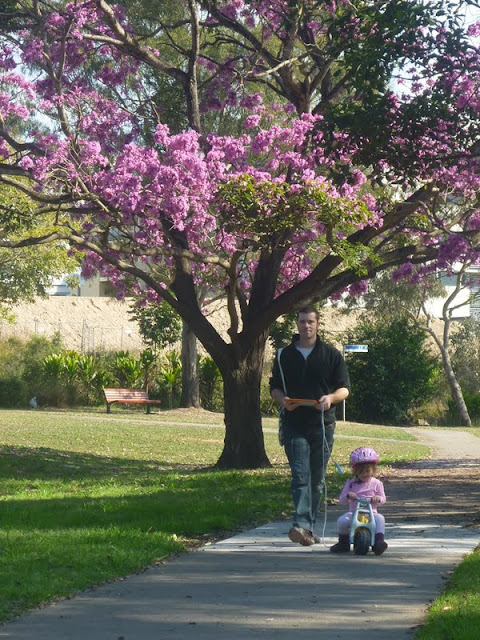 The clue suggested we search within a particular area of the park, quite daunting when you don't really know what you are looking for. The kids were checking under all the trees, around trunks, along fences when Legoman finally spotted the cache. Excitement galore from us all. 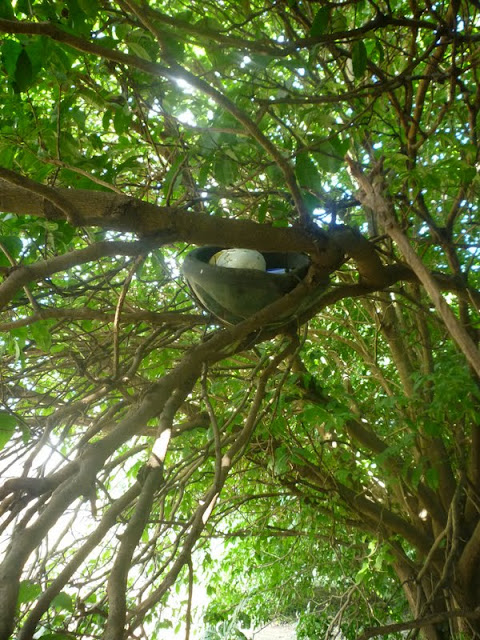 Quite high up in a tree, hidden nesting inside an old bike helmet were the cache goodies. We knew there would usually be a notebook so we could record ourselves as finders, and sometimes there would be trade objects as well. You know, take one, leave something behind in its place. 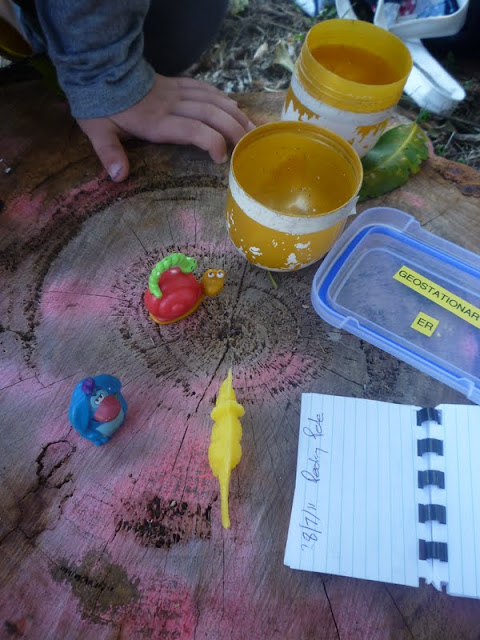 Look at that. Amazing to think that we had been pounding the paths past this avenue of trees for the last 5 years, none the wiser to the treasures hidden there. We carefully recorded our details and packed it all up and hid it again. ( we plan to sneak back with a trade item, Roboboy has his eye on that snail) This cache spot is apparently one of a series of 15 with an individual clue in each spot to lead to a further final cache.

Legoman is hooked, he and Roboboy are already plotting to team up with our neighbours the Menace brothers to tackle another cache within riding distance. He was also most excited to discover an iphone app that shows you the coordinates and clues for the three closest caches to any location you might be in (yes, that is 1.4 million caches worldwide). Or just jump onto Geocaching.com and you can search all of Australia and New Zealand as well.

Bored of girl talk at a cafe? Sneak off to that cache hidden just around the corner and be back in time for your pancakes. On holidays at the beach, sitting around while your wifey tries on togs in that little boutique? Duck out to that cache and be back in time to find  her a matching sarong. I think men and boys everywhere would be rejoicing to know there was such a fantastic excuse to sneak off from all the boring girl things we drag them along to. The only problem is, I want to go too.
Posted by Bungalowgirl at 11:13 PM