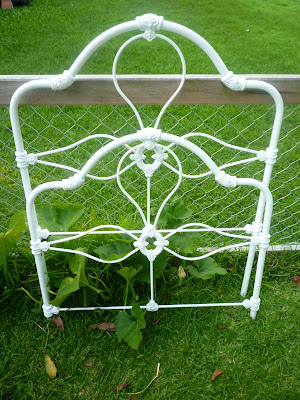 Miss Liongirl has been ready to move out of her toddler bed for quite a few months now. I had been holding out looking for an old cast iron one like this. They don't come up often in Brisbane but seem to be a dime a dozen in  Melbourne or Sydney. I had a black one as a child ( not as ornate and lovely as this one) but I still have fond memories of that little bed. I had been wondering if I would have to consider buying one interstate and having it sent up here somehow. And then ebay provided, down at gorgeous Cleveland of all places.

I love the bayside suburbs of Cleveland, Wynnum and Manly. The streets are wide and quiet with lots of huge established trees. To me it feels like everyday life is still going at the same sort of pace as a  beachside suburb in the 1950's. The air seems clearer, the breeze fresher , with a hint of salt and the sun is absolutely shining brighter down there.

Now given that it's about a 40 minute hike from Betsy to the Bayside, I decided the sensible thing to do would be to take the opportunity to sample the local op shops while I was down there. All 13 of them. Because I was unlikely to be back down there for another 6 months or more. So, I checked the maps, plotted my journey, packed a hamper and set off on the op shop marathon of all time.

And goodness, was it worth the drive. The very first one ended up having the finds of the day, particularly a super stash of vintage sheets. 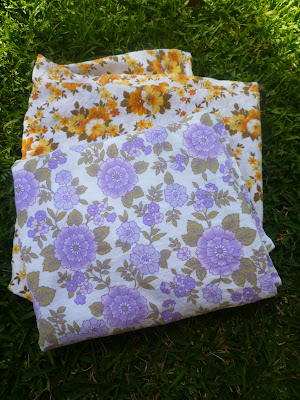 Including a gorgeous complete flannelette set still in the packet. And I thought finds like that only happened to other people. 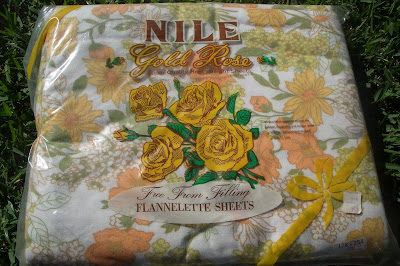 A dress from BabyGap- size 3, looks never worn, light denim type fabric with a sheen through it. I have plans for this one. 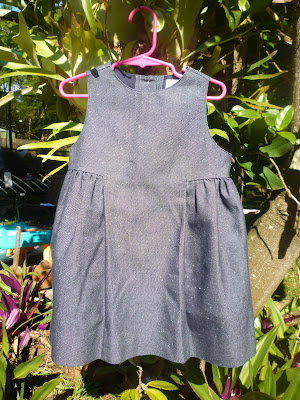 Then  a good bit of time was spent rifling through boxes of old patterns. Crochet patterns are actually not that common compared to knitting patterns so it's always exciting to find one. This one is going straight over to Oxford for Theo the Crochet bloke to whip one up ( and hopefully post some photos of himself in it). He designs amazing crochet inspired by manhole covers and skulls and has previously told me that mens crochet patterns are hard to come by. He may live to regret those words. 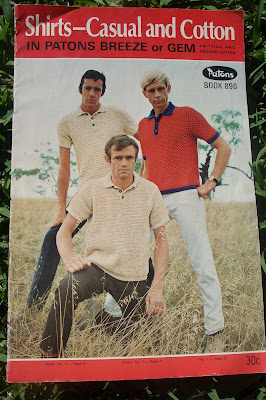 And these were for me. 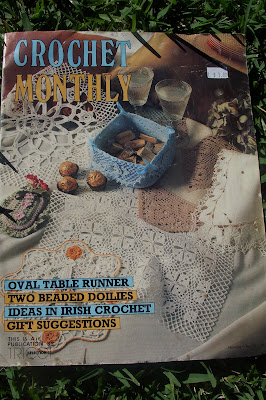 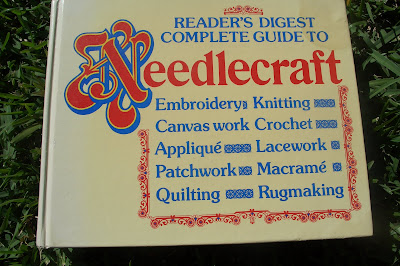 Well, this was just from the first two ( incidentally the best as well), more coming from the other nine when they come in off the washing line.
Posted by Bungalowgirl at 9:12 PM