The trick of too many treats 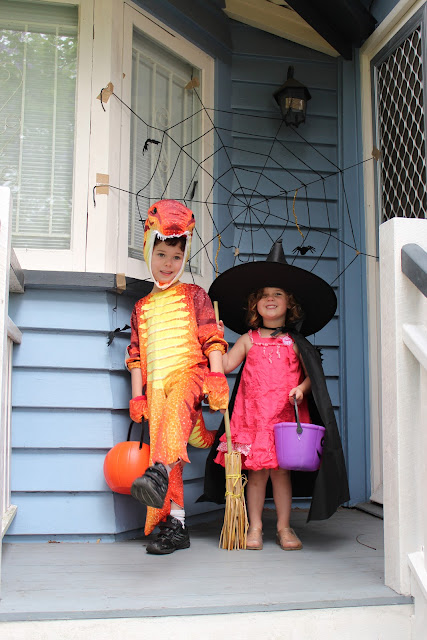 I think I've told you all before about the amazing street that we live in. There are lots of young kids and several families who love an excuse to party. Since we moved here a little over a year ago we have been invited to a welcome to the street party, a lets get together after the floods party, a Christmas party, a boys camp out and several impromptu summer evening barbecues. Last year we missed Halloween as we were at the beach that particular weekend, but boy did we hear all about it when we came back.

The kids have all been talking about it for weeks, costumes have been planned and compared, the sausage sizzle arranged for someone's front yard and invitations delivered. Our street and a few others within walking distance are all in. Even the pets are involved. 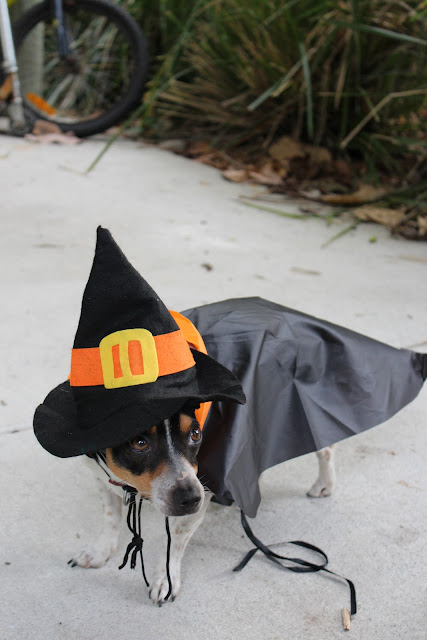 Before we knew it, our street seemed to have formed a gang. With a few parents to negotiate road crossings. Liongirl was the youngest by a few years, but as she thinks she is a  5 year old boy, it's no issue really. That's my two, far right. 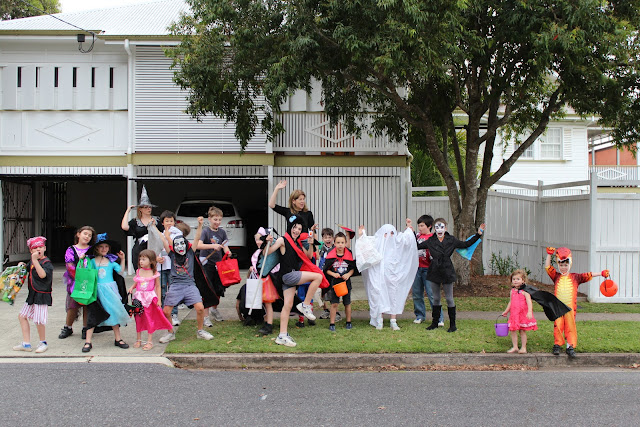 Many many neighbours had decorated their houses and gardens so it was obvious who was participating and who was keen to be left in peace.  We had to leave signage at our place. 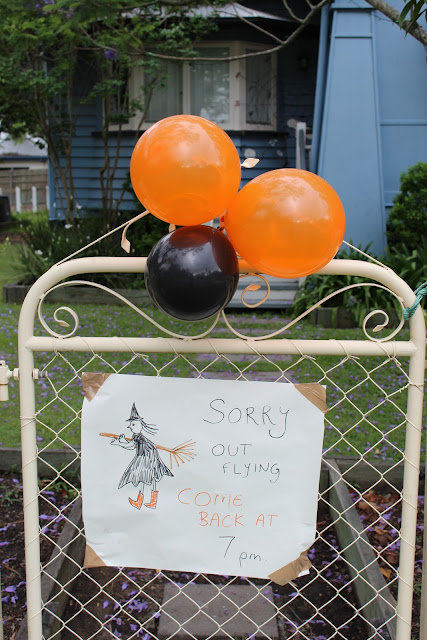 We had no idea how big an event it was until we were caught in a swirling mass of noisy excited children in one of the nearby streets. One neighbour told me she had given out well over 100 treats already. Word has it that one particular house always really gets into the spirit of frightening everyone witless and that it also is probably haunted. Of course we had to check it our for ourselves. It used to be a military hospital and does look like it has great haunting potential. 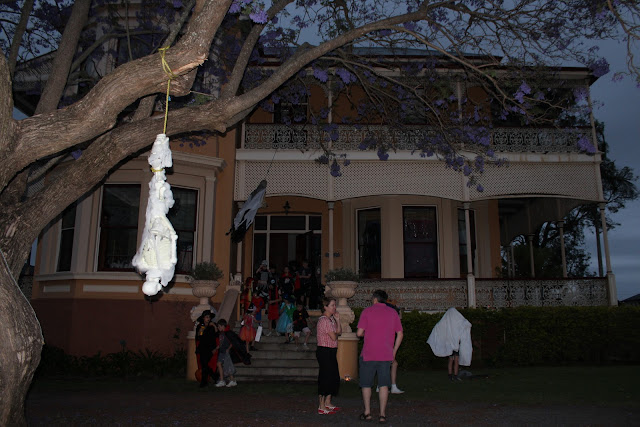 Yes there are two bodies hanging from trees in the foreground, several people trapped and shrieking on the lower level, a ghoul that runs out of a hole in the hedge front right and a  pitch black dungeon underneath the house which had the ultimate lolly stash and a resident ghost. Aside from the ghoul which made Liongirl forget she was a brave 5 year old boy and cause her to burst into tears and then comfort eat half her lolly bucket, this house was a complete highlight. Even the smoke machine in the neighbouring yard  had nothing on this spectacle.

And the funniest moment? Hearing from another mother how she had to help Roboboy pick up his food after watching him unsuccessful groping a donut for a full 2 minutes due to his extreme costume dedication and refusal to remove his lizard paws. 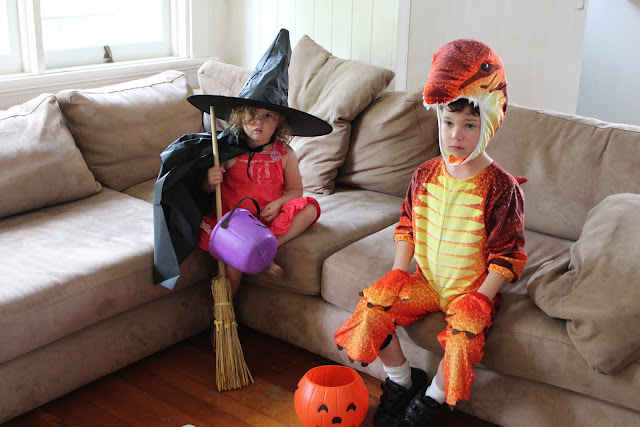 One of Roboboy's many quirks has been a complete refusal to embrace costumes of any sort so when he excitedly decided he wanted to wear this lizard costume designed for 2-3 year olds, I was just relieved that all those years of allowing my children to squeeze into clothing that is too small for them was finally going to pay off. I just wish I had a side view photo with tail. I have years to catch up on you see. And the best part, is that tomorrow, when they are coming down off the sugar high, I get to go to work.
Posted by Bungalowgirl at 11:03 PM